Self-deprecation is the act of reprimanding oneself by belittling, undervaluing, or disparaging oneself, [1] or being excessively modest. [2] [3] It can be used in humor and tension release. [4]

Self-deprecation was recommended by philosophers of Stoicism as a response to insults. Instead of getting defensive, we should join in by insulting ourselves even more. According to the Stoics, this will remove the sting from the insult. It will also disappoint our interlocutor because we failed to show upset in response to words that were supposed to hurt us, thereby reducing the chance that they will try to upset us like that again. [5]

As an element of politeness

In traditional British-English culture, self-deprecation is considered to be an element of modesty. Modesty is considered a virtue, often contrasted to the North American demonstration of self-confidence, often taken for boasting. [6] This is characteristic such as in the United Kingdom, Ireland, Australia and New Zealand, where "blowing one's own trumpet" is frowned upon. [7] In stereotypical English behavior, belittling themselves means appearing polite by putting someone else first. [6]

Self-deprecation is seen as a major component of the comedy of many North American comedians such as Woody Allen, [8] Nathan Fielder, [9] Don Knotts, [10] Joan Rivers, [11] etc.

The word Yid is a Jewish ethnonym of Yiddish origin. It is used as an autonym within the Ashkenazi Jewish community, and also used as slang by European football fans, anti-semites, and others. Its usage may be controversial in modern English language. It is not usually considered offensive when pronounced, the way Yiddish speakers say it, though some may deem the word offensive nonetheless. When pronounced by non-Jews, it is commonly intended as a pejorative term. It is used as a derogatory epithet by antisemites along with, and as an alternative to, the English word 'Jew'. 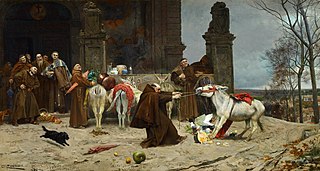 Schadenfreude is the experience of pleasure, joy, or self-satisfaction that comes from learning of or witnessing the troubles, failures, or humiliation of another. 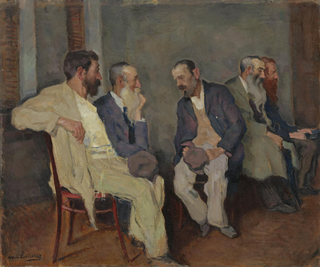 Humility is the quality of being humble. Dictionary definitions accentuate humility as a low self-regard and sense of unworthiness. In a religious context humility can mean a recognition of self in relation to a deity or deities, and subsequent submission to said deity as a member of that religion. Outside of a religious context, humility is defined as being "unselved", a liberation from consciousness of self, a form of temperance that is neither having pride nor indulging in self-deprecation.

Jesse Donald Knotts was an American actor and comedian. He was widely known for his role as Deputy Sheriff Barney Fife on The Andy Griffith Show, a 1960s sitcom for which he earned five Emmy Awards. He also played Ralph Furley on the highly rated sitcom Three's Company from 1979 to 1984. He starred in multiple comedic films, including the leading role in The Ghost and Mr. Chicken (1966) and The Incredible Mr. Limpet (1964). In 1979, TV Guide ranked him #27 on its 50 Greatest TV Stars of All Time list.

Self-hatred is a term generally taken to mean an internalization of the prejudices of a dominant culture against a subculture by members belonging to that subculture.

Middle age is the period of age beyond young adulthood but before the onset of old age. Though the exact range is disputed, most sources place middle adulthood between the ages of 45-65. This phase of life is marked by gradual physical, cognitive, and social changes in the individual as they age. 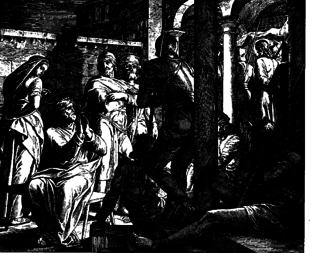 Denial, in ordinary English usage, is asserting that a statement or allegation is not true. It may also mean the refusal of a request, but this article covers denial of true factual claims.

Alphonse and Gaston is an American comic strip by Frederick Burr Opper, featuring a bumbling pair of Frenchmen with a penchant for politeness. It first appeared in William Randolph Hearst's newspaper, the New York Journal on September 22, 1901, with the title "Alphonse a la Carte and His Friend Gaston de Table d'Hote". The strip was later distributed by King Features Syndicate.

Face is a class of behaviors and customs operating (active) in different countries and cultures, associated with the morality, honor, and authority of an individual, and its image in social groups.

Politeness theory, proposed by Penelope Brown and Stephen C. Levinson, centers on the notion of politeness, construed as efforts on redressing the affronts to a person's self-esteems of effectively claiming positive social values in social interactions. Such self-esteem is referred as the sociological concept of face to discuss politeness as a response to mitigate or avoid face-threatening acts such as requests or insults. Notable components in the framework of the theory include positive and negative faces, face threatening act (FTA), strategies for doing FTAs and factors influencing the choices of strategies; each described below.

According to Geoffrey Leech, there is a politeness principle with conversational maxims similar to those formulated by Paul Grice. He lists six maxims: tact, generosity, approbation, modesty, agreement, and sympathy. The first and second form a pair, as do the third and the fourth. These maxims vary from culture to culture: what may be considered polite in one culture may be strange or downright rude in another.

The Jewish Internet Defense Force (JIDF) was an organization that used social media to mobilize support for campaigns against websites and Facebook groups that promote or praise what it described as Islamic terrorism or antisemitism. The group's website described the JIDF as a "private, independent, non-violent protest organization representing a collective of activists". The JIDF's work has been termed "hacktivism" by some media outlets.

Minimisation or minimization is a type of deception involving denial coupled with rationalisation/rationalization in situations where complete denial is implausible. It is the opposite of exaggeration. Minimisation, or downplaying the significance of an event or emotion, is a common strategy in dealing with feelings of guilt. Words associated with minimisation include:

Nathan for You is an American docu-reality comedy television series starring comedian Nathan Fielder. The series was co-created by Fielder and premiered on February 28, 2013 on the American cable television network Comedy Central. In the series, Fielder plays an off-kilter version of himself, trying to use his business background and life experiences to help struggling companies and people, frequently offering them outlandish strategies, parodying the methods of marketing and management consultants.

Tagalog profanity can refer to a wide range of offensive, blasphemous, and taboo words or expressions in the Tagalog language of the Philippines. Due to Filipino culture, expressions which may sound benign when translated back to English can cause great offense; while some expressions English speakers might take great offense to can sound benign to a Tagalog speaker. Filipino, the national language of the Philippines, is the standard register of Tagalog, so as such the terms Filipino profanity and Filipino swear words are sometimes also employed. 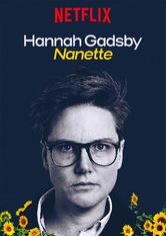 Hannah Gadsby: Nanette is a live comedy performance written and performed by Australian comedian Hannah Gadsby, which debuted in 2017. The work includes social commentary, evocative speech punctuated by comedy and emotive narration of Gadsby's life, learnings and what her story offers to the world. In June 2018, Netflix released a video of Gadsby's performance of the work at the Sydney Opera House. Gadsby's live performances and the video have received critical acclaim for casting light on the realities behind several success stories that are only told from singular perspectives, and reflecting on inequality and oppression. In April 2019, the special won a Peabody Award. In September 2019, Gadsby won Outstanding Writing for a Variety Special for Nanette at the annual Primetime Emmy Awards.