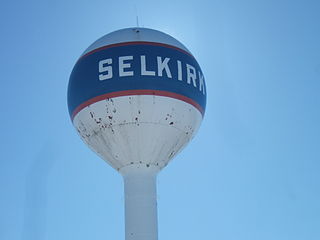 Junior "A" hockey in Selkirk dates back to at least 1918, the founding of the MJHL. As one of the original members of the MJHL, the Selkirk Fishermen became the second ever Turnbull Cup, MJHL Champions by winning the 1920 playoffs. The Fishermen were crowned Western Junior "A" Champions and given the Abbott Cup. They moved on to the Memorial Cup for the national championship, but were defeated by the Toronto Canoe Club Paddlers. The 1920 Selkirk Fishermen were inducted into the Manitoba Hockey Hall of Fame in the team category. 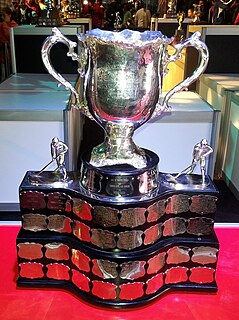 The Memorial Cup trophy symbolizes the championship of the Canadian Hockey League (CHL). It is awarded to the winner of the annual Memorial Cup round-robin tournament which includes a host team selected by the CHL, and the champions of the CHL's three member leagues: the Ontario Hockey League (OHL), Quebec Major Junior Hockey League (QMJHL) and Western Hockey League (WHL). Sixty teams are eligible to compete for the Memorial Cup, representing nine provinces and four American states. The Rouyn-Noranda Huskies are the current champions, winning in the final game against the host team, the Halifax Mooseheads of the QMJHL. The Memorial Cup is known as one of the toughest sporting trophies to win, due to 60 teams participating and the age limit only being 16–21.

In 1967, the Steelers joined the new Central Manitoba Junior Hockey League. The Steelers won the CMJHL title in its first year, but lost to the MJHL champion St. James Canadians in the Turnbull Cup finals. The CMJHL merged with the MJHL after only one year.

To date, the Steelers have won a total of ten MJHL Turnbull Cup Championships. Three of these championship teams went on to win the Anavet Cup. The 1973-74 season was the Steelers' most successful season. which saw them win the MJHL title and then defeat the Prince Albert Raiders 4-games-to-2 to win the Anavet Cup. They went on to compete for the Abbott Cup against the Kelowna Buckaroos of the British Columbia Junior Hockey League and defeated them 4-games-to-3. This advanced the Steelers to the national championship against the Smiths Falls Bears of the Central Junior A Hockey League for the Manitoba Centennial Cup, the National Junior "A" Championship. The series went seven games, with the Steelers stealing Game 7 1-0 in overtime to clinch their first and, so far, only national title. The 1974 Selkirk Steelers were inducted into the Manitoba Hockey Hall of Fame in the team category.

The Smiths Falls Bears are a Junior "A" ice hockey team from Smiths Falls, Ontario, Canada. They are a part of the Central Canada Hockey League. The team was an original member of the league, but then left Smiths Falls in 1976. The team then rejoined the league in 1985, and later had a short two-year stint in Lanark before returning to Smiths Falls.

The Steelers last captured the MJHL championship in 2006-07. The Steelers defeated the Humboldt Broncos of the Saskatchewan Junior Hockey League four games to three for the Anavet Cup and advanced to the 2007 Royal Bank Cup, but were unable to advance past the round robin.

The Humboldt Broncos are a Canadian junior "A" ice hockey team from Humboldt, Saskatchewan. Established in 1970, the Broncos play in the Saskatchewan Junior Hockey League. 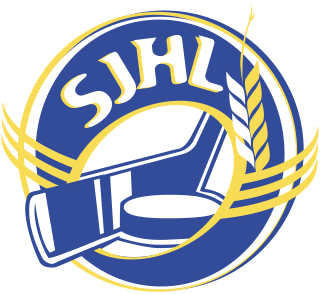 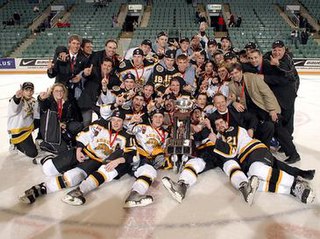 The 2007 Royal Bank Cup is the 37th Junior "A" 2007 ice hockey National Championship for the Canadian Junior A Hockey League. The 2007 National Champions were the Aurora Tigers, winning their second title in four years.

The 1974 Centennial Cup is the fourth Tier II Junior "A" 1974 ice hockey National Championship for the Canadian Junior A Hockey League.

The Opaskwayak Cree Nation (OCN) Blizzard are a junior "A" ice hockey team from Opaskwayak/The Pas, Manitoba, Canada. They are members of the Manitoba Junior Hockey League, a part of the Canadian Junior Hockey League and Hockey Canada. The team was owned by the Opaskwayak Cree Nation, now sold to two local businessmen and brothers Salman Safdar Dhillon and Usman Tahir Dhillon. Dhillon brothers saved the team from shutting down and relocation.

The Winnipeg Blues are a Manitoba Junior Hockey League team based in Oak Bluff, a suburban area of Winnipeg, Manitoba, Canada. The team was founded in 1930 as the Winnipeg Monarchs and also formerly known as the Fort Garry Blues (1978-1984) and Winnipeg South Blues (1984-2010).