Shaman's Crossing is a book by Robin Hobb, the first in her Soldier Son Trilogy . It is written in first-person narrative from the viewpoint of Nevare Burvelle and follows his life through his first year in the King's Cavalla Academy.

Young Nevare Burvelle is the second son of a second son in the fantasy nation of Gernia. According to Gernian religious practice, firstborn noble sons are heir to the family fortunes, second sons bear swords as soldiers, and third sons are consecrated to the priesthood. Holy Writ specifies other roles as well for subsequent sons. Nevare will follow his father – newly made a lord by the King – into the Cavalla (cavalry); to the frontier and thence to an advantageous marriage to carry on the Burvelle name. It is a golden future, and Nevare looks forward to it with relish. From the age of eight, Nevare is schooled daily in math, physics, engineering, and of course combat and military strategy. With the help of Sergeant Duril, a man who once served under Nevare's father, he learns to live off the land and survive in the harsh plains environment.

For twenty years King Troven's cavalla have pushed the frontiers of Gernia out across the grasslands by building King's Road, Troven's vision of future trade with the east, and also subduing the fierce tribes of the plain on its way. Now they have driven the frontier as far as the Barrier Mountains, home to the enigmatic Speck people. The specks – a light sensitive, dapple-skinned, forest-dwelling folk – are said to retain vestiges of magic in a world which is becoming progressive and technologised. The 'civilised' peoples base their convictions on a rational philosophy founded on their belief in the good god, who displaced the older deities of their world. To them, the Specks are primeval savages, little better than beasts. Superstitions abound; it is said that they harbour strange diseases and worship trees. Sexual congress with them is regarded as both filthy and foolhardy, though not unheard of; the Speck plague, which has ravaged the frontier, has decimated entire regiments.

During Nevare's youth, his father hires a man named Dewara, a plainsman of the Kidona tribe and a former enemy of Lord Burvelle, to teach Nevare things he cannot learn from a friendly tutor. After a grueling set of lessons, Dewara offers Nevare the chance to "become a Kidona" by participating in a ritual and killing an enemy of the Kidona. During the ritual, Dewara places a dried poisonous toad in Nevare's mouth and Nevare experiences a vision. The vision involves Nevare crossing a strangely constructed series of bridges and culminates in a meeting with Tree Woman. Dewara urges Nevare to kill her, because she is the enemy. However, Nevare falls off the final bridge and only with Tree Woman's aid can he survive. He accepts her assistance and as payment, she claims him as her weapon to halt the destruction of her people.

Nevare awakens at his father's house, nearly dead from beating and exposure and missing a patch of hair and skin from his scalp.

Soon after his 18th birthday, Nevare heads to the King's Cavalla Academy to begin his formal training. His upbringing and tutors' lessons serve him well at the Academy, but his progress there is not as simple as he would wish. He experiences prejudice from the old aristocracy; as the son of a 'new noble' he is segregated into a patrol comprising other new nobles' sons, all of whom will encounter injustice, discrimination and foul play in that hostile and deeply competitive environment. In addition, his world view will be challenged by his unconventional girl-cousin Epiny; and by the bizarre dreams which visit him at night. And then, on Dark Evening, the carnival comes to Old Thares, bringing with it the first Specks Nevare has ever seen...

This first contact proves to be a dramatic one, as the other self of Nevare comes to the fore and instructs the Specks to do the "dust dance". This dance, which consists of the dancers showering the on-lookers with dust, results in a widespread Speck plague both in the Academy of the cavalla and in Old Thares. Seized by a fever, Nevare finds himself once again crossing the bridge sealed by his own sword during the ritual set up by Dewara. He is not alone however, as he finds himself with what appears to be ghostly forms of all the people dying from the plague, including notably Caulder, and Spink. He does not end his crossing, as he is expelled from that realm, as Tree woman still needs him in the physical world.

Joined by Epiny in the infirmary, Nevare finds Spink dying next to him. Aided by his cousin, he journeys once more to the bridge in what ends up to be a climactic battle between him, his other self and the Tree woman. Despite the odds stacked against him, he manages to turn the tide of the battle by retrieving his sword, the "iron magic of his people". The bridge disappears and Nevare manages to slash the Tree woman, allowing Epiny to save his friend, before being once more expelled.

Nevare eventually recovers and this part of the story ends as he finds himself returning to the Academy. 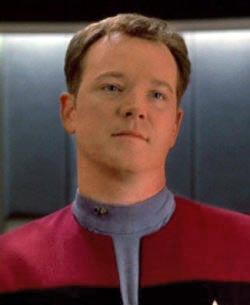 Thomas Eugene "Tom" Paris, played by Robert Duncan McNeill, is a character in the American science fiction television series Star Trek: Voyager. In that show, which aired on UPN between 1995 and 2001, Paris serves as the chief helmsman and an auxiliary medic aboard the United Federation of Planets starship USS Voyager, which must make its way home after being stranded on the opposite of the Galaxy as Earth with a motley collection of Starfleet, Maquis, and aliens as crew. The character's middle name, "Eugene", is a tribute to Star Trek creator Gene Roddenberry. 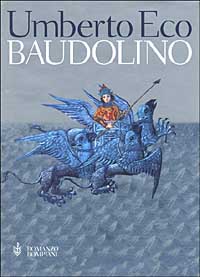 Baudolino is a 2000 novel by Umberto Eco about the adventures of a man named Baudolino in the known and mythical Christian world of the 12th century. 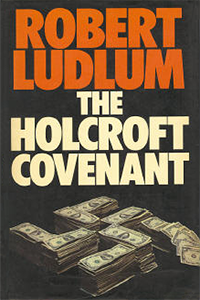 The Holcroft Covenant is a 1978 novel by Robert Ludlum. In 1985 it was made into a film of the same name.

The House of Auersperg is an Austrian princely family, which held estates in Austria and Tengen. The princely family of Auersperg was a junior branch of the house of Counts of Auersperg from Carniola, one of the hereditary Habsburg duchies and what is now in Slovenia. It rose to princely status in 1653 and after acquiring Tengen, they became immediate Princes of the Holy Roman Empire. The princes of Auersperg also held at various times the duchies of Münsterberg and Gottschee. Their territories were mediatised by Austria and Baden in 1806. The family is counted as high nobility.

Bracebridge Hall, or The Humorists, A Medley was written by Washington Irving in 1821, while he lived in England, and published in 1822. This episodic novel was originally published under his pseudonym Geoffrey Crayon.

Sunwing is a children's book written in 1999 by Canadian author Kenneth Oppel. It is the second book in the Silverwing series, preceded by Silverwing and succeeded by Firewing.

The Last Kingdom is the first historical novel in The Saxon Stories by Bernard Cornwell, published in 2004. This story introduces Uhtred Ragnarson, born a Saxon then kidnapped by raiding Danes who raise him from age 11, teaching him how to be a warrior.

The Chief is a fictional character appearing in material from DC Comics, usually as the leader of the superhero team Doom Patrol. Created by Arnold Drake and Bruno Premiani, he made his debut alongside the other original members of the Doom Patrol in My Greatest Adventure #80.

Wolf-Speaker is a fantasy novel by Tamora Pierce, the second in a series of four books, The Immortals.

Darkwitch Rising is the third book in the Troy Game series by Sara Douglass. 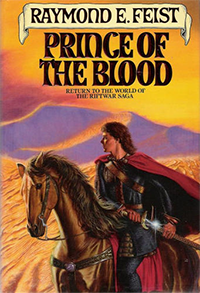 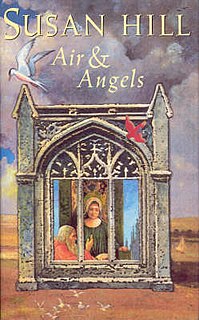 Air and Angels, is a novel by English author Susan Hill, first published in 1991 by Sinclair Stevenson and since republished by Vintage Books in 1999 who have also made it available as an ebook. It is said to contain some of her finest writing 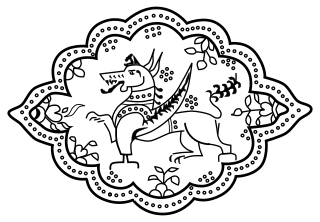 Tyao Khamti was the king of Ahom kingdom from 1380 CE to 1387 CE. His accession to the throne put an end to the interregnum in Ahom kingdom, which lasted from 1376 CE to 1380 CE, after king Sutuphaa was treacherously murdered by Chutiya king. But his weakness towards his elder queen and to her acts of atrocities towards common people, ultimately led to his own assassination, followed by another interregnum.

The Christmas Tree is Irish author Jennifer Johnston's sixth novel, first published in 1981 by Hamish Hamilton. It has been suggested by The Irish Times as being her finest work, and was chosen by the Irish Independent to be published as one of the books its "Irish Women Writers" collection. It is one of U.S. writer Lionel Shriver's favourite books and was adapted for television in 1986.