The career of a person living in Gernia is heavily influenced by their parentage. Those sons born to common parentage follow their father's career. However, for the sons of a noble, things are different. The eldest son inherits his father's title, the second son serves as an officer in the army, the third son enters priesthood, while the fourth becomes an artist. This allocation continues for further sons. Daughters are relegated to submissive roles, being primarily used to forge social links with arranged marriages.

The first book, Shaman's Crossing , concerns Nevare's education. As a young boy on the vast plains, his position as the second son, the Soldier Son, is cemented from birth. From an early age, Nevare is drilled in mounted cavalla (Cavalry) techniques, riding, survival, tactics, and all aspects of life as an officer in the King's Cavalla. As a teenager, he has a first encounter with the Specks' magic (see below), which will influence the rest of his life. Later, as a young man, Nevare's education at the King's Cavalla Academy begins. Nevare suffers the consequences of being the son of a New Noble, when the struggle between Old Nobles and New Nobles in the court of Gernia affects the supposedly independent Academy.

Book two, Forest Mage , concerns Nevare's trip in disgrace to a town near Gettys, and his time at this farthest outpost in the King's Road construction. His connection with the Specks, a race of tree people who live on after their corporeal lives, develops further. The changes imposed to his body by the Specks' magic he wields, causes rejection and discrimination by most Gernians, including his family. In spite of it, he still pursues his dream of a military career. At the same time, he also tries to save the Specks' ancestors forest from the devastations produced by the Gernian's road advance.

The third and final book, Renegade's Magic , details Nevare's sojourn with the Specks in their extensive forest near the Barrier Mountains. His cousin and her husband Spink continue to deal with events in Gettys. Nevare's disjoint personalities are united to realize the initial goal of the magic, in spite of the serious consequences it has on Nevare's life. But balance is finally achieved.

The world in which "Soldier Son Trilogy" is set is a post-colonial one. A civilised and warlike nation, Gernia, has taken to expanding its boundaries inland as a result of its coastal lands being lost to a neighbour's vastly superior naval force. The move inland involves conquering and assimilating native peoples- Plainsmen and Specks. It has been only one or two generations since the Plainsmen have been beaten into submission, and racial and cultural tensions simmer underneath the thin veneer of civilization. But even earlier, the Specks had beaten the fiercest Plainsmen warriors using simply magic. Both Gernians and Specks consider their societies, philosophies, and ways of life the only "civilized" options.

The greater themes of the series so far are: post-colonial backlash, loss of cultural identity, racial preconception and discrimination, and "Going Native"- a term applied to those of "civilized" nature who abandon their own culture and adopt the lifestyle of a more "savage" persuasion. Rigid class and gender stratification and limited opportunities for everybody are consistent with post-colonial times. Explicit magic and shamanism opposes conventional religion and rationalism.

An Amerasian originally meant a person born in Asia to an Asian mother and a U.S. military father. Most modern day Amerasian are either half or quarter American origin.

The Deryni novels are a series of historical fantasy novels by the American author Katherine Kurtz.

Chronicles of the Raven is the first of two trilogies by James Barclay which revolves around a band of mercenaries named The Raven. 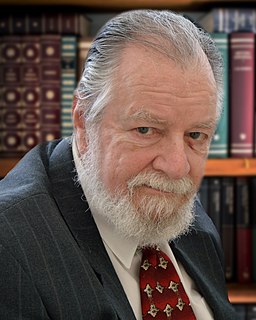 Christopher Stasheff was an American science fiction author and fantasy author whose novels include The Warlock in Spite of Himself (1969) and Her Majesty's Wizard (1986). He had a doctorate in Theatre and taught radio and television at Eastern New Mexico University in Portales, New Mexico; he retired in 2009 and moved to Champaign, Illinois. Stasheff has been noted for his blending of science fiction and fantasy, as seen in his Warlock series, which placed an "'epic fantasy' in a science fictional frame". Stasheff's writing is often seen in the moral and ethical mentor style similar to Terry Goodkind, Terry Brooks or J. R. R. Tolkien. 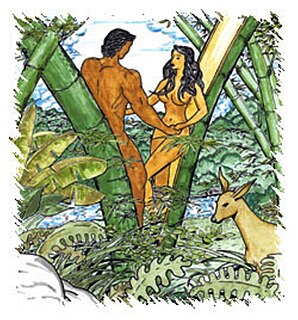 Philippine shamans, commonly known as Babaylan were shamans of the various ethnic groups of the pre-colonial Philippine islands. These shamans specialized in communicating, appeasing, or harnessing the spirits of the dead and the spirits of nature. They were almost always women or feminized men. They were believed to have spirit guides, by which they could contact and interact with the spirits and deities and the spirit world. Their primary role were as mediums during pag-anito séance rituals. There were also various subtypes of babaylan specializing in the arts of healing and herbalism, divination, and sorcery.

The mission civilisatrice was a rationale for intervention or colonization, purporting to contribute to the spread of civilization, and used mostly in relation to the Westernization of indigenous peoples in the 15th – 20th centuries.

The Sovereign Stone series is a trilogy of fantasy novels set in the same universe of the Sovereign Stone Role-playing game. Both the books and the game were primarily written by Margaret Weis and Tracy Hickman. 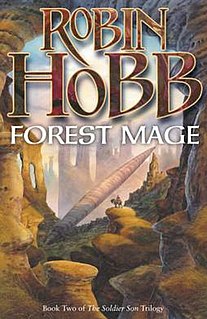 In Greenlandic Inuit religion, a tupilaq was an avenging monster fabricated by a practitioner of witchcraft or shamanism by using various objects such as animal parts and even parts taken from the corpses of children. The creature was given life by ritualistic chants. It was then placed into the sea to seek and destroy a specific enemy. 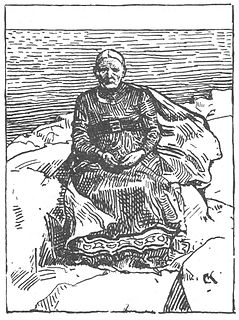 The Sexual Life of Savages in North-Western Melanesia is a 1929 book by anthropologist Bronisław Malinowski. The work is his second in the trilogy on the Trobrianders, with the other two being Argonauts of the Western Pacific (1922) and Coral Gardens and Their Magic (1935).

"The City of Skulls" is a short story by American writers Lin Carter and L. Sprague de Camp, featuring the fictional sword and sorcery hero Conan the Cimmerian created by Robert E. Howard. 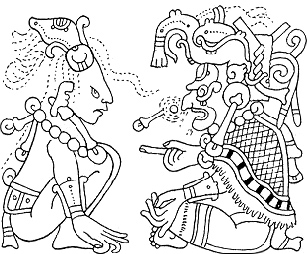 Until the discovery that Maya stelae depicted kings instead of high priests, the Maya priesthood and their preoccupations had been a main scholarly concern. In the course of the 1960s and over the following decades, however, dynastic research came to dominate interest in the subject. A concept of royal ʼshamanismʼ, chiefly propounded by Linda Schele and Freidel, came to occupy the forefront instead. Yet, Classic Maya civilization, being highly ritualistic, would have been unthinkable without a developed priesthood. Like other Pre-Hispanic Mesoamerican priesthoods, the early Maya priesthood consisted of a hierarchy of professional priests serving as intermediaries between the population and the deities. Their basic skill was the art of reading and writing. The priesthood as a whole was the keeper of knowledge concerning the deities and their cult, including calendrics, astrology, divination, and prophecy. In addition, they were experts in historiography and genealogy. Priests were usually male and could marry. Most of our knowledge concerns Yucatán in the Late Postclassic, with additional data stemming from the contemporaneous Guatemalan Highlands.

The Ghost Drum is a children's fantasy novel by Susan Price, published by Faber in 1987, and the first book in the Ghost World trilogy. It is an original fairy tale using elements from Russian history and Russian folklore. Like many traditional tales it is full of cruelty, violence and sudden death.

Hellhole is the first book in the Hellhole science fiction trilogy by American authors Brian Herbert and Kevin J. Anderson.

The coloniality of power is a concept interrelating the practices and legacies of European colonialism in social orders and forms of knowledge, advanced in postcolonial studies, decoloniality, and Latin American subaltern studies, most prominently by Anibal Quijano. It identifies and describes the living legacy of colonialism in contemporary societies in the form of social discrimination that outlived formal colonialism and became integrated in succeeding social orders. The concept identifies the racial, political and social hierarchical orders imposed by European colonialism in Latin America that prescribed value to certain peoples/societies while disenfranchising others.