Streets of New York is a 1939 American film directed by William Nigh.

The film is also known as The Abe Lincoln of Ninth Avenue and The Abraham Lincoln of the 4th Avenue. [1]

"Jimmy" (Jackie Cooper) and crippled "Gimpy" (Martin Spellman) run the corner newsstand. Spike (David Durand), a neighborhood delinquent, doesn't like the business being on his turf, and does everything he can to get them into trouble, and disrupt their circulation.

When they get in trouble, Judge Carroll (George Irving) tries to help them out. He doesn't want Jimmy going bad, like his big brother, the racketeer, 'Tap' (Dick Purcell), while Jimmy is trying to go to school and teach himself to be a lawyer, like his hero, Abraham Lincoln.

Jimmy has to choose between the right thing and family when his brother comes to him for help.

The story starts with Jimmy Keenan as a strong independent teenager who owns a news stand while going to night school to study to become a lawyer. Jimmy is also a kindhearted man who takes care of a crippled kid named Gimpy after Gimpy's mother died. While he is trying to be an honorable man, he is weighed down by the reputation of his brother Tap Keenan, a well-known criminal. As he continues his pursuit of becoming a lawyer, a neighborhood teenage gang led by Spike is trying to get him into trouble.

One night during school, Jimmy is notified that Gimpy and rest of Spike's gang were arrested for gambling. Trying to get Gimpy out of trouble, Jimmy goes to the court and convinces the judge that Gimpy is not actually gambling since there was no evidence of involvement with money. Judge Carroll is surprised by how well spoken Jimmy is and lets the kids go. After the court hearing, Judge Carroll learns that Jimmy is the brother of Tap Keenan. He tells Jimmy to continue to pursue his dream, hoping he will not be like his brother. Jimmy goes to see his brother on their mother's birthday. Tap tells Jimmy he can pay for Jimmy's college and wants Jimmy to work for him afterwards. Jimmy declines and tells Tap to stay disconnected with him in the future.

After a Christmas gathering at Judge Corall's home, Jimmy finds out that his brother has killed a man, and is currently hiding from the police. Spike comes to taunt Jimmy and mocks his mother, and a fight breaks out between them. Spike and his gang flees the scene after losing to Jimmy and his friends. Jimmy returns to his room only to find that his brother is hiding in there. Tap tries to convince Jimmy to help him to escape and will be able to live a good life with the money he has, but Jimmy insist Tap to turn himself in. During the conversation, Gimpy tries to open the door to find Jimmy. Not knowing who it is, Tap shoots through the door injuring Gimpy. Jimmy then wrestles with Tap, and police arrest Tap a few minutes later. After a few days, Jimmy is told that Gimpy will be back later. Jimmy then walks away from the newspaper stand, and continues to pursue his dream to become lawyer, like his hero Abraham Lincoln. 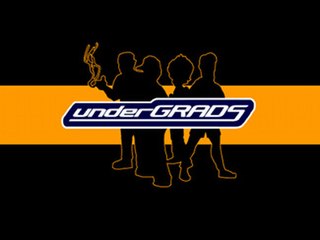 Undergrads is an adult animated sitcom centered on the lives of four college undergraduate freshmen. Originally broadcast on MTV in 2001, only 13 episodes were created. It has since been shown on Teletoon in Canada, and Trouble in the United Kingdom. The show was conceived by Pete Williams, who dropped out of college at the age of 19 to work on the show in 1997. Williams performs most of the voices on the show. The series was produced by David McGrath.

The Newsboy Legion is a teenage vigilante group in the DC Comics Universe. Created by Joe Simon and Jack Kirby, they appeared in their own self-titled feature which ran from Star-Spangled Comics #7 to #64. In 1970, Jack Kirby introduced a new Newsboy Legion, made up of the sons of the original Golden Age characters. 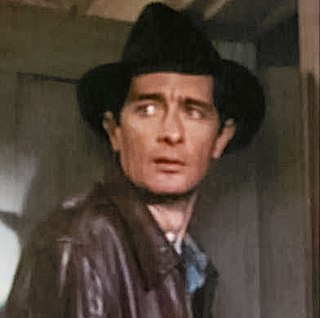 Royal Edward Dano Sr. was an American actor. In a career spanning 46 years, he was perhaps best known for playing cowboys, villains, and Abraham Lincoln. Dano also provided the voice of the Audio-Animatronic Lincoln for Walt Disney's Great Moments with Mr. Lincoln attraction at the 1964 World's Fair, as well as Lincoln's voice at the "Hall of Presidents" attraction at Disney's Magic Kingdom in 1971.

"The Yoko Factor" is the 20th episode of season 4 of the television show Buffy the Vampire Slayer.

James "Spike" O'Toole was an Irish-American criminal from Dorchester, Massachusetts.

Johnny Concho is a 1956 American Western film directed by Don McGuire starring Frank Sinatra, Keenan Wynn, William Conrad and Phyllis Kirk. This was Sinatra's first Western and the role allowed him to play against type in his portrayal of the film's villain. This film was unsuccessful for Sinatra, but he made four films the previous year and in 1956 also had a hit in High Society with Metro-Goldwyn-Mayer, filmed in Panavision and color.

"John Doe" is the thirty-sixth episode of the American television series Prison Break and is the fourteenth episode of its second season. The episode was aired on January 22, 2007, after a seven-week break. It was written by Matt Olmstead and Nick Santora, and directed by Kevin Hooks. The title, "John Doe", commonly refers to an unidentified male or a male with no name. Coincidentally, John Doe is also the name of a television series in which Dominic Purcell was the title character. The episode mainly focuses on the meeting of the characters Lincoln Burrows and Terrence Steadman. Regarding the casting of this episode, series regulars Sarah Wayne Callies and Amaury Nolasco did not appear in this episode.

Abe is a musical in two acts based on the life of President Abraham Lincoln with book & lyrics by Lee Goldsmith, music by Roger Anderson and orchestration by Greg Anthony. The musical covers the life of Abraham Lincoln from his earliest attempts at self-improvement through the 1860 election which made him the 16th president of an already fracturing United States. Also explored is Lincoln's youth as a flatboat pilot on the Mississippi, his early love for Ann Rutledge, his troubled marriage to the difficult and mentally fragile Mary Todd, and his attempt to be a good father to his sons. 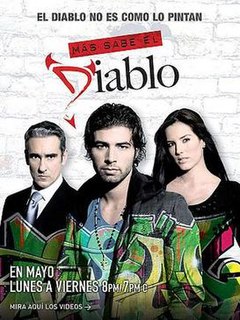 Charles J. "Buddy" Gorman was an American stage and movie actor who became famous for portraying a member of the comedy teams The East Side Kids and The Bowery Boys. 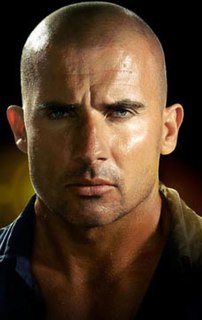 Lincoln Burrows, played by Dominic Purcell, is a fictional character and one of the two protagonists of the American television series Prison Break. The plot of Prison Break revolves around Lincoln being framed for the murder of the vice president's brother and Lincoln's brother, Michael Scofield’s plan to help him escape his death sentence. In flashbacks, teenage Lincoln is played by Max Kirsch, and for one episode, Hunter Jablonski. 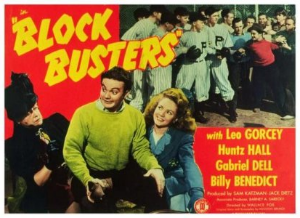 Block Busters is a 1944 American comedy film directed by Wallace Fox and starring the East Side Kids.

The Doorway to Hell is a 1930 American pre-Code crime film directed by Archie Mayo and starring Lew Ayres and James Cagney in his second film role. The film was based on the story A Handful of Clouds, written by Rowland Brown. The film's title was typical of the sensationalistic titles of many Pre-Code films. It was marketed with the tagline "The picture Gangland defied Hollywood to make!"

The Black Dakotas is a 1954 American Technicolor Western spy film directed by Ray Nazarro and produced by Columbia Pictures. Set during the American Civil War and filmed at the Iverson Movie Ranch, the film stars Gary Merrill as a cold-blooded secret agent using the war for his own ends. It also stars Wanda Hendrix and John Bromfield. The film features The Lone Ranger television series Jay Silverheels and Clayton Moore in separate roles as well as Richard Webb of Captain Midnight.

Abe "The Newsboy" Hollandersky was an American professional boxer who became the second American to win the Panamanian national Heavyweight Title when he defeated Californian Jack Ortega in nine rounds in Panama City on May 30, 1913. American congressmen, Naval personnel, and canal workers were among the crowd of nearly two thousand who watched Hollandersky gain victory over an opponent who outweighed him by over thirty-five pounds. The New York Times announced Hollandersky's best known win the following morning.

The Matson Trial (1847), officially Matson v. Ashmore et al. for the use of Bryant, was a freedom suit by former slave Anthony Bryant on behalf of his family in Coles County, Illinois. It is noted for the unusual circumstance where Abraham Lincoln, the future emancipator of slaves, defended a slave-owner against a slave. The case pitted Lincoln and former Illinois Attorney General Usher F. Linder against former US Representative Orlando B. Ficklin. Ficklin's case proved successful, and Bryant's family was emancipated based on free soil doctrine.

Wikimedia Commons has media related to Streets of New York (1939 film) .
This page is based on this Wikipedia article
Text is available under the CC BY-SA 4.0 license; additional terms may apply.
Images, videos and audio are available under their respective licenses.