Stuff is a New Zealand news media website owned by newspaper conglomerate Stuff Ltd (formerly called Fairfax). It is the most popular news website in New Zealand, [2] with a monthly unique audience of more than 2 million. [3]

Stuff was founded in 2000, [4] and publishes breaking news, weather, sport, politics, video, entertainment, business and life and style content from Stuff Ltd's newspapers, which include New Zealand's second- and third-highest circulation daily newspapers, The Dominion Post and The Press , and the highest circulation weekly, Sunday Star-Times , as well as international news wire services.

The former New Zealand media company Independent Newspapers Ltd (INL), owned by News Corp Australia, launched Stuff on 27 June 2000 at a cybercafe in Auckland, after announcing its intention to go online more than a year earlier. [1] [9] The development of Stuff was supported by Don Higgins, Corporate Development Manager and Mark Wierzbicki, founding Internet Business Manager. Advertising agency Saatchi & Saatchi conceived the name "Stuff", and INL had to buy the domain name from a cyber squatter. [1] In its first month, the site had 120,000 unique visitors. [9] At the time, Wierzbicki described the name as a copywriter's dream, although he conceded that "it's not without risk, especially if we stuff up." The start up was built by a group of engineers from a few tech companies in Wellington led by founding CTO and engineering manager Will Everitt and project manager Bill Alp and used a software platform from News Corp Australia's news.com.au.

On 30 June 2003, INL sold its publishing assets including The Dominion Post, The Press, and the Stuff website to Fairfax Media. [10] [11]

Fairfax upgraded the website in December 2006, and again on 4 March 2009, adding the ability for visitors to personalise the homepage. [12] The first mobile phone news service from Stuff began in 2003, in a partnership with Vodafone New Zealand. On 21 April 2009, Stuff launched a dedicated mobile site. [13]

On 25 May 2020, Nine Entertainment sold Stuff and its holdings including the Stuff website to Stuff's CEO Sinead Boucher for NZ$1, with the transaction completed on 31 May. This marks the return of the company into New Zealand ownership. [16] [17] [18]

In July 2008, during the trial of Clayton Weatherston, press.co.nz, a subsidiary section on Stuff, accidentally ran the headline "Guilty of Murder" the day before the jury delivered the verdict. The article was quickly withdrawn, and Fairfax executive editor Paul Thompson said it was a mistake "we take very seriously." [24]

On 17 April 2013, to celebrate the passing of same-sex marriage in New Zealand, the colour of the Stuff logo was changed from black to the colours associated with the pride flag. [25]

In 2017, Stuff's first podcast Black Hands received over 3 million downloads [26] and was the number one podcast in five countries. Stuff also produced Gone Fishing with Radio New Zealand, which won podcast of the year [27] at the 2019 NZ Radio Awards.

In 2018 Stuff launched Quick! Save the Planet [28] to increase news coverage of climate change in New Zealand and in 2019 Stuff joined the Covering Climate Now [29] international initiative. 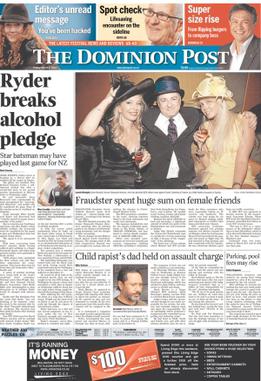 The Aotearoa Music Awards, conferred annually by Recorded Music NZ, honour outstanding artistic and technical achievements in the recording industry. The awards are among the most significant that a group or artist can receive in New Zealand music, and have been presented annually since 1965. The awards show is presented by Recorded Music NZ. A range of award sponsors and media partners support the event each year.

The Waikato Times is a daily newspaper published in Hamilton, New Zealand and owned by media business Stuff Ltd. It has a circulation to the greater Waikato region and became a tabloid paper in 2018. 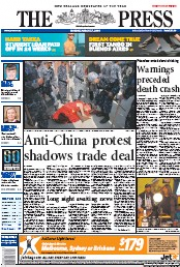 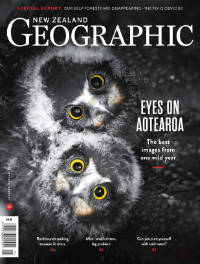 New Zealand Geographic is a bi-monthly magazine founded in 1989 and published by Kōwhai Media of Auckland, New Zealand. In the format popularised by National Geographic, it focuses on the biodiversity, geography, and culture of New Zealand, Antarctica, and nearby Pacific Islands. The magazine showcases documentary and editorial photography, and each year runs a national Photographer of the Year competition. 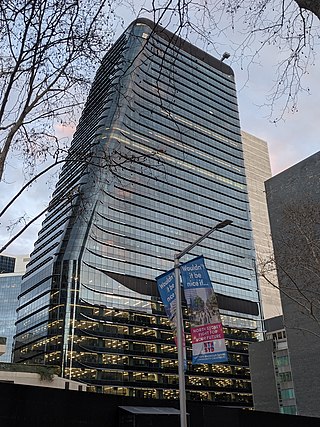 Nine Entertainment is an Australian publicly listed media company with holdings in radio and television broadcasting, newspaper publications and digital media. It uses Nine as its corporate branding and also prefers this usage to be used for the parent company. 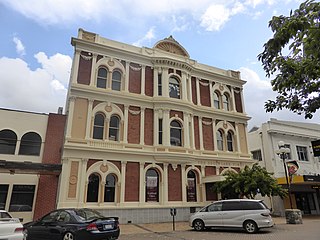 The Taite Music Prize is an annual New Zealand music award event. It features the same-named prize awarded for the best album from New Zealand.

The New Zealand Women of Influence Awards are an annual set of awards which recognise women who make a difference to everyday New Zealanders' lives. The Awards were first made in 2013 and were initially sponsored by Westpac Bank. In 2016, Stuff NZ became a joint sponsor.

The 2018 Voyager Media Awards were presented on 11 May 2018 at Cordis, Auckland, New Zealand. Awards were made in the categories of digital, feature writing, general, magazines, newspapers, opinion writing, photography, reporting and videography.

The 2017 Canon Media Awards were presented on 19 May 2017 at The Langham, Auckland, New Zealand. Awards were made in the categories of digital, feature writing, general, magazines, newspapers, opinion writing, photography, reporting and videography. The Wolfson scholarship, health journalism scholarships, and awards for editorial executive and outstanding achievements, were also presented.

The 2019 Voyager Media Awards were held at the Cordis, Auckland on 17 May 2019. Awards were made in the categories of digital, feature writing, general, magazines, health journalism, scholarships, newspapers, opinion writing, photography, reporting and videography. 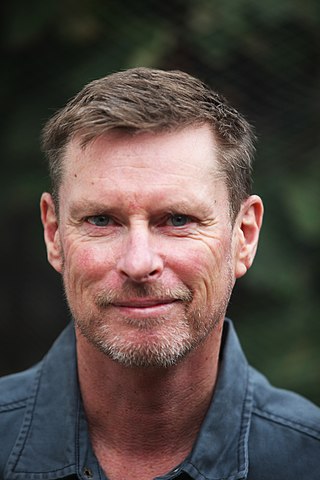 Mike White is a New Zealand investigative journalist, photographer and author, and former foreign correspondent. He has written two books and has won many awards for his magazine articles on themes of justice within New Zealand. He is also an awarded travel writer. White has won New Zealand Feature Writer of the Year three times, and a Wolfson Fellowship to the University of Cambridge. He has also won the Cathay Pacific New Zealand Travel Writer of the Year title three times.

Sinead Marie Boucher is a New Zealand journalist and chief executive of Stuff Ltd. On 31 May 2020 she became the owner of Stuff Ltd.