In physical theories, a test particle, or test charge, is an idealized model of an object whose physical properties (usually mass, charge, or size) are assumed to be negligible except for the property being studied, which is considered to be insufficient to alter the behavior of the rest of the system. The concept of a test particle often simplifies problems, and can provide a good approximation for physical phenomena. In addition to its uses in the simplification of the dynamics of a system in particular limits, it is also used as a diagnostic in computer simulations of physical processes.

The easiest case for the application of a test particle arises in Newtonian gravity. The general expression for the gravitational force between any two point masses

represent the position of each particle in space. In the general solution for this equation, both masses rotate around their center of mass R, in this specific case: [1]

as the distance between the massive object and the test particle, and

is the unit vector in the direction going from the massive object to the test mass. Newton's second law of motion of the smaller mass reduces to

and thus only contains one variable, for which the solution can be calculated more easily. This approach gives very good approximations for many practical problems, e.g. the orbits of satellites, whose mass is relatively small compared to that of the Earth.

In simulations with electric fields the most important characteristics of a test particle is its electric charge and its mass. In this situation it is often referred to as a test charge.

Similar to the case of classical gravitation, the electric field created by a point charge q is defined by

where k is the Coulomb constant.

Multiplying this field by a test charge

In metric theories of gravitation, particularly general relativity, a test particle is an idealized model of a small object whose mass is so small that it does not appreciably disturb the ambient gravitational field. 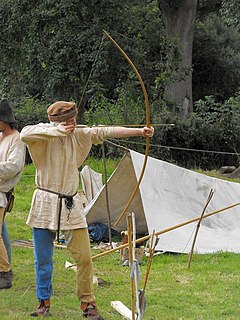 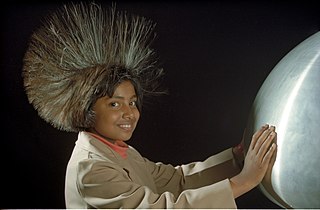 The electric potential is defined as the amount of work energy needed to move a unit of electric charge from a reference point to the specific point in an electric field. More precisely, it is the energy per unit charge for a test charge that is so small that the disturbance of the field under consideration is negligible. Furthermore, the motion across the field is supposed to proceed with negligible acceleration, so as to avoid the test charge acquiring kinetic energy or producing radiation. By definition, the electric potential at the reference point is zero units. Typically, the reference point is earth or a point at infinity, although any point can be used.

In physics, equations of motion are equations that describe the behavior of a physical system in terms of its motion as a function of time. More specifically, the equations of motion describe the behavior of a physical system as a set of mathematical functions in terms of dynamic variables. These variables are usually spatial coordinates and time, but may include momentum components. The most general choice are generalized coordinates which can be any convenient variables characteristic of the physical system. The functions are defined in a Euclidean space in classical mechanics, but are replaced by curved spaces in relativity. If the dynamics of a system is known, the equations are the solutions for the differential equations describing the motion of the dynamics.

In physics, a gravitational field is a model used to explain the influences that a massive body extends into the space around itself, producing a force on another massive body. Thus, a gravitational field is used to explain gravitational phenomena, and is measured in newtons per kilogram (N/kg). In its original concept, gravity was a force between point masses. Following Isaac Newton, Pierre-Simon Laplace attempted to model gravity as some kind of radiation field or fluid, and since the 19th century, explanations for gravity have usually been taught in terms of a field model, rather than a point attraction.

In electromagnetism, the magnetic moment is the magnetic strength and orientation of a magnet or other object that produces a magnetic field. Examples of objects that have magnetic moments include: loops of electric current, permanent magnets, elementary particles, various molecules, and many astronomical objects.

In physics, the gyromagnetic ratio of a particle or system is the ratio of its magnetic moment to its angular momentum, and it is often denoted by the symbol γ, gamma. Its SI unit is the radian per second per tesla (rad⋅s−1⋅T−1) or, equivalently, the coulomb per kilogram (C⋅kg−1).

A quadrupole or quadrapole is one of a sequence of configurations of things like electric charge or current, or gravitational mass that can exist in ideal form, but it is usually just part of a multipole expansion of a more complex structure reflecting various orders of complexity.

The Schrödinger–Newton equation, sometimes referred to as the Newton–Schrödinger or Schrödinger–Poisson equation, is a nonlinear modification of the Schrödinger equation with a Newtonian gravitational potential, where the gravitational potential emerges from the treatment of the wave function as a mass density, including a term that represents interaction of a particle with its own gravitational field. The inclusion of a self-interaction term represents a fundamental alteration of quantum mechanics. It can be written either as a single integro-differential equation or as a coupled system of a Schrödinger and a Poisson equation. In the latter case it is also referred to in the plural form.

The Coulomb constant, the electric force constant, or the electrostatic constant (denoted ke, k or K) is a proportionality constant in electrostatics equations. In SI units it is equal to 8.9875517923(14)×109 kg⋅m3⋅s−2⋅C−2. It was named after the French physicist Charles-Augustin de Coulomb (1736–1806) who introduced Coulomb's law. 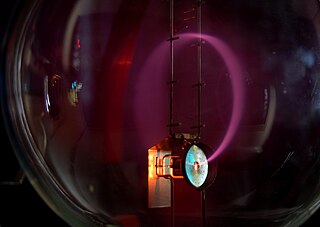 The mass-to-charge ratio (m/Q) is a physical quantity relating the mass and the electric charge of a given particle, expressed in units of kilograms per coulomb (kg/C). It is most widely used in the electrodynamics of charged particles, e.g. in electron optics and ion optics. 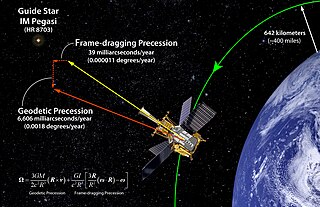 Gravitoelectromagnetism, abbreviated GEM, refers to a set of formal analogies between the equations for electromagnetism and relativistic gravitation; specifically: between Maxwell's field equations and an approximation, valid under certain conditions, to the Einstein field equations for general relativity. Gravitomagnetism is a widely used term referring specifically to the kinetic effects of gravity, in analogy to the magnetic effects of moving electric charge. The most common version of GEM is valid only far from isolated sources, and for slowly moving test particles. 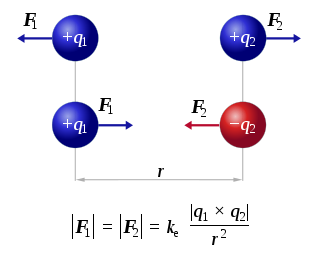 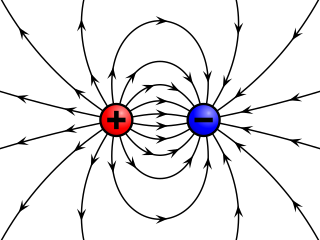 Static force fields are fields, such as a simple electric, magnetic or gravitational fields, that exist without excitations. The most common approximation method that physicists use for scattering calculations can be interpreted as static forces arising from the interactions between two bodies mediated by virtual particles, particles that exist for only a short time determined by the uncertainty principle. The virtual particles, also known as force carriers, are bosons, with different bosons associated with each force.