The Adventures of Dean Martin and Jerry Lewis

The series continued as a Jerry Lewis solo title for issues #41-124. [3] The new series featured Lewis in a variety of humorous situations. Infrequent guest stars included Batman, [4] Bob Hope, Lex Luthor, Superman, [5] the Flash, [6] and Wonder Woman. [7] Notable artists who worked on the series include Bob Oksner and Neal Adams. [8]

The entire DC humor line was cancelled between 1971 and 1972, including Jerry Lewis, Leave It to Binky , Date with Debbi and Swing with Scooter . [10]

In 2007, Bob Oksner stated that he had had a greater role in writing the comic than previously acknowledged, explaining that the comic's editor, Larry Nadle, had persuaded Oksner to allow his writing credit (and thus payment) to be transferred to "another cartoonist" who Nadle described as being in debt to DC; in reality, Nadle was keeping the money. When this was discovered after Nadle's death in 1963, Oksner was nearly fired. [11]

Action Comics is an American comic book/magazine series that introduced Superman, one of the first major superhero characters. The publisher was originally known as National Allied Publications, and later as National Comics Publications and as National Periodical Publications, before taking on its current name of DC Comics. Its original incarnation ran from 1938 to 2011 and stands as one of the longest-running comic books with consecutively numbered issues. The second volume of Action Comics beginning with issue #1 ran from 2011 to 2016. Action Comics returned to its original numbering beginning with issue #957. 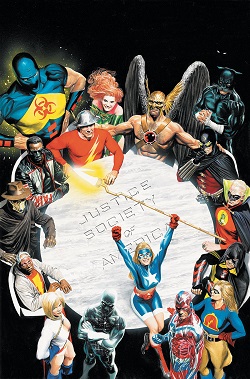 The Justice Society of America is a superhero team appearing in American comic books published by DC Comics. The team was conceived by editor Sheldon Mayer and writer Gardner Fox during the Golden Age of Comic Books. The JSA first appeared in All Star Comics #3, making it the first team of superheroes in comic books. The original members of the Justice Society of America were Doctor Fate, Hourman, the Spectre, Sandman, Atom, the Flash, Green Lantern, and Hawkman.

Dan Jurgens is an American comic book writer and artist. He is known for his work on the DC comic book storyline "The Death of Superman" and for creating characters such as Doomsday, Hank Henshaw and Booster Gold. Jurgens had a lengthy run on the Superman comic books including The Adventures of Superman, Superman vol. 2 and Action Comics. At Marvel, Jurgens worked on series such as Captain America, The Sensational Spider-Man and was the writer on Thor for seven years. He also had a brief run as writer and artist on Solar for Valiant Comics in 1995. 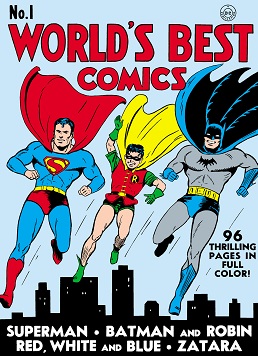 World's Finest Comics was an American comic book series published by DC Comics from 1941 to 1986. The series was initially titled World's Best Comics for its first issue; issue #2 switched to the more familiar name. Michael E. Uslan has speculated that this was because DC received a cease and desist letter from Better Publications, Inc., who had been publishing a comic book entitled Best Comics since November 1939. Virtually every issue featured DC's two leading superheroes, Superman and Batman, with the earliest issues also featuring Batman's sidekick, Robin. 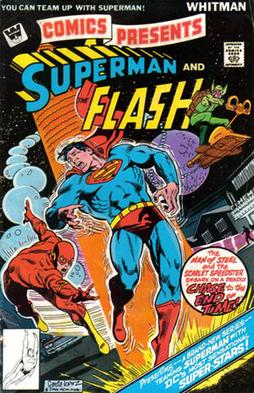 DC Comics Presents is a comic book series published by DC Comics from 1978 to 1986 which ran for 97 issues and four Annuals. It featured team-ups between Superman and a wide variety of other characters in the DC Universe. A recurring back-up feature "Whatever Happened to...?" had stories revealing the status of various minor and little-used characters. 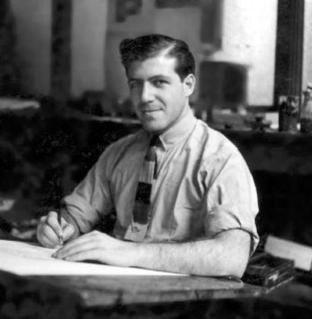 Irving Novick was an American comics artist who worked almost continuously from 1939 until the 1990s.

Carmine Michael Infantino was an American comics artist and editor, primarily for DC Comics, during the late 1950s and early 1960s period known as the Silver Age of Comic Books. Among his character creations are the Black Canary and the Silver Age version of DC superhero the Flash with writer Robert Kanigher, the stretching Elongated Man with John Broome, Barbara Gordon the second Batgirl with writer Gardner Fox, Deadman with writer Arnold Drake, and Christopher Chance, the second iteration of the Human Target with Len Wein.

Arnold Drake was an American comic book writer and screenwriter best known for co-creating the DC Comics characters Deadman and the Doom Patrol, and the Marvel Comics characters the Guardians of the Galaxy, among others. 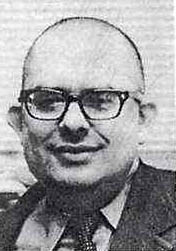 Edward Nelson Bridwell was a writer for Mad magazine and various comic books published by DC Comics. One of the writers for the Batman comic strip and Super Friends, he also wrote The Inferior Five, among other comics. He has been called "DC's self-appointed continuity cop."

Stanley and His Monster was an American comic-book humor feature and later series from DC Comics, about a boy who has a monster as his companion instead of a dog. Created by writer Arnold Drake and artist Winslow Mortimer as a backup feature in the talking animal comic The Fox and the Crow #95, it went to its own 1960s title and a 1990s revival limited series. 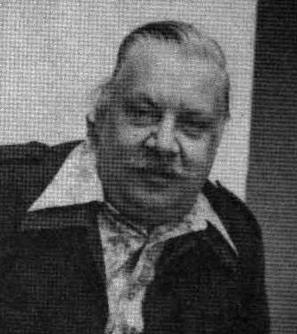 Richard Allen Dillin was an American comics artist best known for a 12-year run as the penciler of the DC Comics superhero-team series Justice League of America. He drew 115 issues from 1968 until his death in 1980. 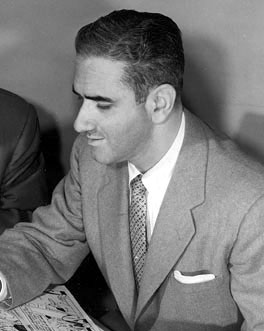 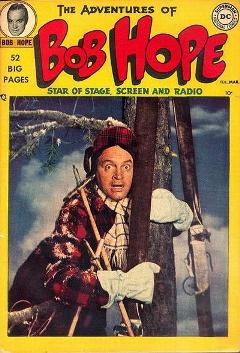 The Adventures of Bob Hope is an American celebrity comics comic book series that was published by National Periodical Publications. The series featured stories based on comedian Bob Hope, as well as assorted other humorous stories. The series ran for 109 issues from 1950 through 1968.

This article lists major events in the field of comics during the 1980s. 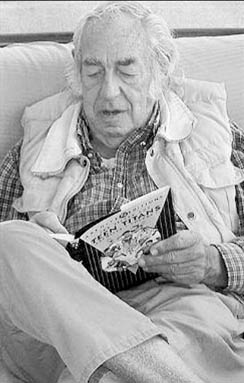 Robert Gilbert Haney, Jr. was an American comic book writer, best known for his work for DC Comics. He co-created the Teen Titans as well as characters such as Metamorpho, Eclipso, Cain, and the Super-Sons.

Murray Boltinoff was a writer and editor of comic books, who worked for DC Comics from the 1940s to the 1980s, in which role he edited over 50 different comic book series.

Lawrence Malcolm Nadle was a comic book editor and writer who was known for his work for DC Comics' romance comics, celebrity comics, and other humor-centric titles. Todd Klein has noted that Nadle's career in comics began "around 1943-44", as an editor for All-American Publications.