The Awl was a website about "news, ideas and obscure Internet minutiae of the day" [2] based in New York City. Its motto was "Be Less Stupid."

Founded in April 2009 by David Cho and former Gawker editors Choire Sicha and Alex Balk out of Sicha's East Village, Manhattan apartment, after they were laid off by the pop culture magazine Radar , [3] [4] the trio decided to launch their own blog, completely "out of pocket with a bare-bones site." The site's name was coined by contributor Tom Scocca, after the small pointed tool used for piercing holes. "He’d always wanted to have a newspaper named The Awl. So we semi bought it from him in a friendly arrangement," Sicha told Vanity Fair . [5]

The first posts on the site were an infographic by Emily Gould of Gawker’s office seating chart, "a video of a Miss USA contestant responding to a gay marriage question from Perez Hilton, and an item linking to a Reuters article about physicist Stephen Hawking being taken to the hospital." [2] Initial expectations by media observers were for the site to be a carbon copy of Gawker, but, said Nieman Journalism Lab’s Justin Ellis, "instead it was something smaller and focused on the writing, where people can write about the stuff they’re passionate or super nerdy about". [4]

As of July 2015, The Awl Network employed 13 people, as well as many freelance contributors. [4] After editing the Awl for over almost two years, Matt Buchanan and John Herrman announced their departure from the site in February 2016. [8] In March 2016 it was announced that Silvia Killingsworth would take over the editing position. [9] The Awl was published by John Shankman from 2011 until May 2014, when Michael Macher became publisher. [10] In 2011, David Cho left the Awl to join ESPN-affiliated sports site Grantland. [11]

The Awl had four sister sites: Splitsider, a comedy website; The Hairpin, a site geared toward women; The Sweethome, a home-furnishings review site; and The Billfold, a blog with a focus on personal finances. [3] [5] [12] [13] Laura Olin edits The Awl's newsletter entitled Everything Changes. Buchanan and Herrman also launched a podcast for the site. [4] The site also launched an app on the Apple App Store called The Awl: Weekend Companion. [14] On March 22, New York Media, the publisher of the magazine New York , announced that it had acquired Splitsider and would be folding it into the operations of its Vulture website. [15] Brian Lam's tech review site The Wirecutter also originated with the Awl before merging with The Sweethome and being acquired by The New York Times . [16] [17] [18] 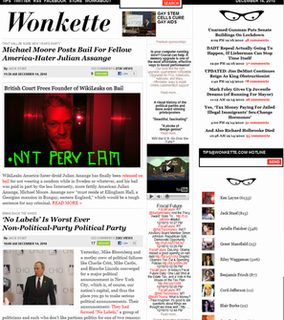 Wonkette is an American online magazine of topical satire and political gossip, established in 2004 by Gawker Media and founding editor Ana Marie Cox. The editor since 2012 is Rebecca Schoenkopf, formerly of OC Weekly. Wonkette covers U.S. politics from Washington, D.C. to local schoolboards. Taking a sarcastic tone, the site focuses heavily on humorous breaking news, rumors, and the downfall of the powerful. It also deals with serious matters of politics and policy, producing in-depth analysis.

Nicholas Guido Anthony Denton is a British Internet entrepreneur, journalist and blogger, the founder and former proprietor of the blog collective Gawker Media, and was the managing editor of the New York-based Gawker.com, until a lawsuit by Hulk Hogan bankrupted the company. For years after starting Gawker Media in 2003, Denton ran the company out of his apartment in SoHo.

Choire Sicha is an American writer and blogger. As of September 2017, he became the editor of The New York Times Styles section. Previously, he served as Vox Media's director of partner platforms, co-editor at Gawker, and a co-founder of The Awl. 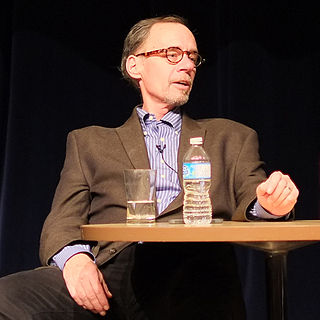 David Michael Carr was an American columnist, and author. He wrote the Media Equation column and covered culture for The New York Times. 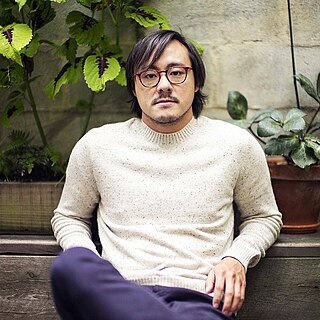 Brian Lam is a writer and the former Editorial Director at Gizmodo, a blog focusing on technology. Gizmodo is owned by Gawker Media, where Lam first worked as a writer in 2006. Lam's apartment in San Francisco also acts as Gizmodo's headquarters in the city. Before working for Gizmodo, Lam was a contributor and assistant editor for Wired magazine. He used to kickbox.

OR Books is a New York-based independent publishing house founded by John Oakes and Colin Robinson in 2009. The company sells digital and print-on-demand books directly to the customer and focuses on creative promotion through traditional media and the Internet. On its site, OR Books states that it "embraces progressive change in politics, culture and the way we do business." 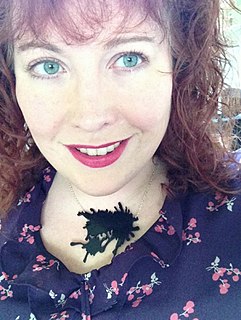 Maura K. Johnston is a writer, editor and music critic. A member of Boston College's journalism faculty, she has written for Rolling Stone, The Boston Globe, Pitchfork, The Awl, The New York Times, Spin and The Guardian. She is working on a critical biography of Madonna for the Harlequin Enterprises subsidiary Hanover Square Press.

Vox Media, Inc. is an American digital media company based in Washington, D.C. and New York City. The company was founded in 2005 as SportsBlogs Inc. by Jerome Armstrong, Tyler Bleszinski, and Markos Moulitsas, and was rebranded as Vox Media in 2011. The company operates additional offices in San Francisco, Chicago, Los Angeles, Austin, and London. In June 2010, the network featured over 300 sites with over 400 paid writers. As of February 2020, Comscore ranks Vox Media as the 26th-most popular media company among users from the United States.

Ballast was a Canadian website about current events and culture. The site was founded in 2012 by Paul Hiebert and Jonathan Hall. Ballast contributors include writers for The Globe and Mail, The Awl, The Walrus, The CBC, Maclean's, The New York Times, and others. The site is considered to be the first Canadian site of its kind, modelling itself after American websites such as The Awl, Gawker, and The Dish. In 2016, former Ballast writer Andrew Unger started The Daily Bonnet.

The Classical is a sports website featuring long-form sports articles. Described as the sports equivalent of The Awl, the site was launched in December 2011 by several members of the basketball blog FreeDarko, including Bethlehem Shoals and Eric Freeman, and features other writers such as David Roth, Eric Nusbaum, Tom Scharpling, Tim Marchman and Lang Whitaker.

Ken Layne is an American writer, publisher and broadcaster best known for his political blogging in the early 2000s and his association with Gawker Media and Wonkette from 2006 to 2012. He is the proprietor of Desert Oracle, a self-published periodical and radio program exploring themes related to the Mojave Desert and the Southwestern United States.

Vox is an American news and opinion website owned by Vox Media. The website was founded in April 2014 by Ezra Klein, Matt Yglesias, and Melissa Bell, and is noted for its concept of explanatory journalism. Vox's media presence also includes a YouTube channel, several podcasts, and a show presented on Netflix. Vox is generally considered to be left-of-center.

Elite Daily is an American online news platform founded by David Arabov, Jonathon Francis, and Gerard Adams. The site describes its target audience as millennials. In addition to general news and today's hot issues and trending topics, the site offers feature stories and listicles in the areas of politics, social justice, sex and dating, college life, women's issues, money, sports, and humor. Its slogan is "The Voice of Generation Y."

In journalism, a hot take is a "piece of deliberately provocative commentary that is based almost entirely on shallow moralizing" in response to a news story, "usually written on tight deadlines with little research or reporting, and even less thought". It was a sports talk radio industry term, referring to the tactic of hosts picking "a topic from the sports zeitgeist, often one that has no business being discussed because the answer is unknowable", making "loud, fact-free declarations" about the topic, eliciting angry listeners to call in and providing show content.

Sam Faulkner Biddle is an American technology journalist. He is a reporter for The Intercept, and was formerly a senior writer at Gawker, the editor of the news website Valleywag, and a reporter at Gizmodo.

Gizmodo Media Group was an online media company and blog network formerly operated by Univision Communications in its Fusion Media Group division. The company was created from assets acquired from Gawker Media during its bankruptcy in 2016. In April 2019, Gizmodo and The Onion were sold to private equity firm Great Hill Partners, which combined them into a new company named G/O Media.

Wirecutter is a product review website owned by The New York Times Company. It was founded by Brian Lam in 2011 and purchased by The New York Times Company in 2016 for about $30 million. In the five years from its launch in 2011 to 2016, the company generated $150 million in revenue from affiliate programs with its merchant partners. As of 2018, it had more than 100 employees.

"Pivot to video" is a phrase referring to the trend, starting in 2015, of media publishing companies cutting staff resources for written content in favor of short-form video content. The controversial trend is generally described by publishers as a response to changes in social media traffic and changes in the media consumption habits of younger audiences, but according to commentators, it is in reality driven by advertising; only advertisers, not consumers, prefer video to text. Due to the numerous jobs lost as a result, the term eventually became a euphemism for layoffs, death, and termination.