The Black Spider is a 1920 British silent mystery film directed by William Humphrey and starring Mary Clare, Bertram Burleigh, and Ronald Colman. [1] It is an adaptation of the 1911 novel of the same name by Carlton Dawe. The film was partly shot on location in Monte Carlo.

A series of robberies have been committed against wealthy inhabitants of Monaco by a thief known as 'The Black Spider'. A young woman steals her aunt's jewels as a joke, pretending to be the Black Spider, but a detective is soon on her trail.

Sarah Caroline Sinclair, known professionally as Olivia Colman, is an English actress. Known for her comedic and dramatic roles in film and television, she has received numerous accolades, including an Academy Award, a British Academy Film Award, a Primetime Emmy Award, three British Academy Television Awards, and three Golden Globes. 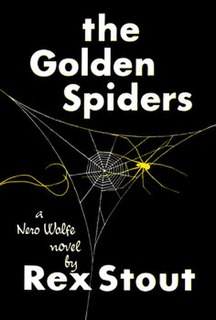 The Golden Spiders is a Nero Wolfe detective novel by Rex Stout. It was first published in 1953 by The Viking Press.

Clive of India is a 1935 American historical biographical film starring Ronald Colman about the life of Robert Clive. It was based on R. J. Minney's play of the same name, and was co-written by Minney and W. P. Lipscomb and directed by Richard Boleslawski. Colin Clive, who appears in the film, was a descendant of Clive. 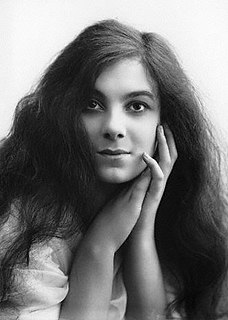 The Great Day is a 1920 British short drama film directed by Hugh Ford and starring Hugh Ford. Alfred Hitchcock is credited as a title designer. On 17 April 1921, Paramount Pictures released the film in the US at five reels. The film is now considered to be a lost film.

The White Sister is a 1923 American silent drama film starring Lillian Gish and Ronald Colman, directed by Henry King, and belatedly released by Metro Pictures. It was based on the 1909 novel of the same name by Francis Marion Crawford. It is the second of four adaptations of the novel, preceded by a 1915 production and followed by a 1933 sound film, starring Helen Hayes and Clark Gable, and a 1960 Mexican production.

Romola is a 1924 American silent drama film directed by Henry King and shot on location in Italy. The film stars Lillian Gish, Dorothy Gish, William Powell, and Ronald Colman, and is based on the 1863 George Eliot novel of the same name. 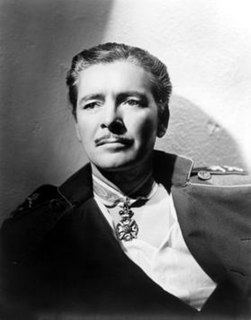 Ronald Colman began his career as an actor on the stage following his service in the British Army during World War I. He made his film debut in an unreleased two-reeler titled The Live Wire (1917). After achieving minor success on the stage and in British films, he immigrated to the United States in 1920. There he continued his acting with only moderate success until he was offered the lead opposite Lillian Gish in The White Sister (1923). The film's popularity and critical acclaim led to Colman becoming a major star and also a romantic idol of the silent cinema. As a contract player for Samuel Goldwyn, Colman was cast as leading man to many of the top actress as the silent era. In five of his silents he formed a romantic team with Hungarian actress Vilma Bánky.

Mary Lowndes (1857–1929) was a British stained-glass artist who co-founded the stained glass studio and workshop Lowndes and Drury in 1897. She was an influential leader in the Arts and Crafts movement, not only for her stained glass work and successful studio-workshop, but also for opening doors for other women stained glass artists. She was an active participant in the suffragette movement, acting as Chair of the Artists' Suffrage League, and creating poster art to assist the movement.

Becket is a 1924 British silent drama film directed by George Ridgwell and starring Frank R. Benson, A.V. Bramble and Bertram Burleigh. It depicts the fatal encounter between Henry II and the Archbishop of Canterbury Thomas Becket. 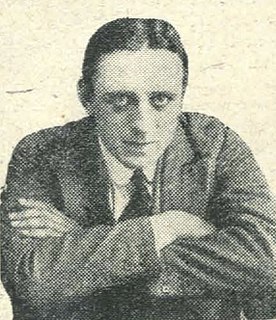 Bertram Burleigh was a British actor of the silent era.

Adeline Maria Elisabeth Hayden Coffin was a German-born British actress. In an advertisement for her professional availability in 1921 she described herself, or was described by her agent, as suitable for "Sympathetic Mothers, Grandes Dames, and Character Parts".

The Love Story of Aliette Brunton is a 1924 British silent romance film directed by Maurice Elvey and starring Isobel Elsom, Henry Victor and James Carew. The film was based on the 1922 novel of the same title by Gilbert Frankau. The film was a success on its release.

All Roads Lead to Calvary is a 1921 British silent drama film directed by Kenelm Foss and starring Minna Grey, Bertram Burleigh and Mary Odette. It is partly based on the 1919 novel of the same name by Jerome K. Jerome. A fisherman becomes a Member of Parliament, but is torn between his career, mistress and wife.

Snow in the Desert is a 1919 British silent drama film directed by Walter West and starring Violet Hopson, Stewart Rome and Poppy Wyndham. The film featured an early performance from Ronald Colman before he went to Hollywood. It was based on a serialized story in the Daily Sketch by Andrew Soutar.

Robert "Bob" Mants, Jr. was an American civil rights activist, serving as a field secretary for the Student Nonviolent Coordinating Committee (SNCC). Mants moved to Lowndes County, working for civil rights for the remainder of his life. Lowndes County contained the majority of the distance covered by the 1965 Selma to Montgomery march, and was then notorious for its racist violence.