The Drum is an Australian current affairs and news analysis program hosted by Julia Baird and Ellen Fanning. The program airs in the primetime slot of 6:00 pm weekdays on ABC TV and is aired later on ABC News Channel at 7:00 pm AEST.

Ellen Fanning is an Australian journalist, and currently the host of the flagship news and current affairs program The Drum on ABC TV and ABC News Channel.

The program is broadcast nationally across Australia, live from the ABC's headquarters in Sydney, with a special "week in review" episode broadcast on Saturday evening. It was also streamed live on iview, and broadcast across the Asia/Pacific region on the ABC's international channel, ABC Australia.

ABC Australia is a Southeast Asian pay television channel, launched in 1993 and operated by the Australian Broadcasting Corporation. The channel broadcasts a mix of programming, including lifestyle, drama, sports, English-language learning programs, children's programming and news and current affairs.

The program brings together a panel of experts and opinion-leaders to discuss the key issues gripping or confounding Australia.

In January 2019 the program was relaunched again, moving to the prime timeslot of 6pm on ABC TV and 7:00 pm on ABC News. The relaunch was seen as a push to take on commercial rivals in the prime timeslot, and the show was given a new set and look, and a new hour–long format. [2] [3] 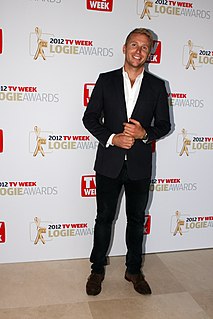 Hamish Macdonald is an Australian broadcast journalist and news presenter.

Sky News Australia is an Australian 24-hour cable and satellite news channel available on the Foxtel and Optus Television subscription platforms. It is also available in New Zealand on Sky Television and Vodafone. 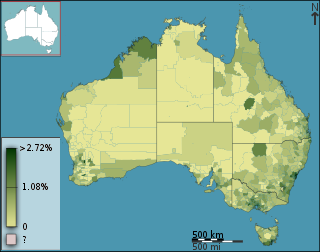 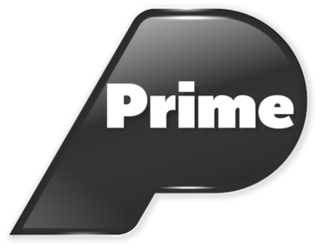 Prime is the second privately owned national free-to-air television broadcaster currently available in New Zealand. The broadcaster airs a varied mix of programming, largely imported from Australia, the UK and the United States, as well as free-to-air rugby union and cricket matches. 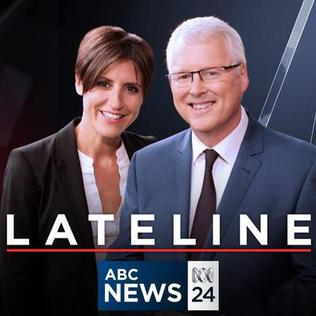 WCVB-TV, virtual channel 5, is an ABC-affiliated television station licensed to Boston, Massachusetts, United States. The station is owned by the Hearst Television subsidiary of Hearst Communications. WCVB-TV's studios are located on TV Place in Needham, and its transmitter is located on Cedar Street, also in Needham, on a tower shared with several other television and radio stations.

Channel 5 is a 24-hour Singapore English free-to-air nationwide terrestrial television channel. Its programming mainly consists of English language dramas, movies, sports, reality show, variety show, news, current affairs, children's programming and game shows. Local editions of imported programmes such as Singapore Idol, Who Wants to Be a Millionaire? and Deal or No Deal have also been aired on the channel.

PM is one of the Australian Broadcasting Corporation's flagship current-affairs radio programs, and is one of Australia's longest-running productions.

News Breakfast is an Australian news breakfast television program. It is broadcast on ABC and ABC News channel from 6:00 am to 9:00 am AEST/AEDT on weekdays and is hosted by Michael Rowland and Lisa Millar. The program is also streamed live on the ABC's website and the Australia Network throughout the Asia-Pacific region.

The Project is an Australian news-current affairs and talk show television panel program, airing weeknights across Australia on Network 10, produced by Roving Enterprises. The show is hosted by Waleed Aly, Carrie Bickmore and Peter Helliar on weekdays and Lisa Wilkinson, Hamish Macdonald and Tommy Little on Sunday with rotating daily guest panellists.

ABC News is an Australian 24-hour news channel launched and owned by the Australian Broadcasting Corporation. The channel replaced the former ABC HD channel and commenced broadcasting as ABC News 24 at 7:30 pm (AEST) on Thursday, 22 July 2010.

The World is an Australian news program which broadcasts on ABC News from 10pm to 11pm on weekdays.

The Friday Show is an Australian television news and commentary program broadcast weekly on Sky News Australia, hosted by Rita Panahi. The show was a replacement of axed format Keneally and Cameron, and as such debuted without promotion, surprising regular viewers of the former program.