Last updated February 13, 2021
Defunct American libertarian magazine
This article is about the magazine. For other uses, see Freeman.

The Freeman (formerly published as The Freeman: Ideas on Liberty or Ideas on Liberty) was an American libertarian magazine, formerly published by the Foundation for Economic Education (FEE). [1] It was founded in 1950 by John Chamberlain, Henry Hazlitt, and Suzanne La Follette. The magazine was purchased by a FEE-owned company in 1954, and FEE took over direct control of the magazine in 1956.

In September 2016, FEE announced it would permanently end publication of The Freeman. [2]

A number of earlier publications had used the Freeman name, some of which were intellectual predecessors to the magazine founded in 1950.

From 1920 to 1924, Albert Jay Nock, a libertarian author and social critic, edited a weekly magazine called The Freeman. Nock's magazine was funded by co-editor Francis Neilson, a British author and former member of Parliament, and his wife Helen Swift Neilson, who was heir to a meatpacking fortune. The Neilsons had previously provided funding to The Nation when Nock was a writer there. Nock got fellow Nation writer Suzanne La Follette to join his new venture as an assistant editor, with Walter Fuller (the husband of Crystal Eastman) as managing editor. [3] Other contributors included Conrad Aiken, Charles A. Beard, William Henry Chamberlin, John Dos Passos, Thomas Mann, Lewis Mumford, Bertrand Russell, Carl Sandburg, Lincoln Steffans, Louis Untermeyer, and Thorstein Veblen. La Follette revived the periodical as The New Freeman in March 1930, but the revival was discontinued a year later. [4] [5] [6]

In 1939, Leonard Read, then a manager for the Los Angeles Chamber of Commerce, created a small publishing house called Pamphleteers, Inc., for the purpose of publishing pro-liberty works, starting with Give Me Liberty by Rose Wilder Lane. [8] Pamphleteers used "The Freeman" as the overall name of their book series. [9]

The new magazine to be called The Freeman was founded in 1950 through the efforts of John Chamberlain, Henry Hazlitt, and Isaac Don Levine. Chamberlain and Hazlitt wrote for the anti-communist magazine Plain Talk , where Levine was editor. All three were dissatisfied with the negative approach of opposing communism and wanted a project that would spread a more positive message. They pulled together $200,000 in funding with help from textile importer Alfred Kohlberg (one of the funders of Plain Talk), DuPont executive Jasper Crane, Sun Oil president J. Howard Pew, and former United States President Herbert Hoover. Levine dropped out before publication began, so Chamberlain and Hazlitt brought in La Follette, who had worked on Nock's Freeman and also at Plain Talk. The board of the new publication included advertising executive Lawrence Fertig, legal scholar Roscoe Pound, and economists Ludwig von Mises and Leo Wolman. Also on the board was Read, who in 1946 had founded the Foundation for Economic Education. [10] [11]

The magazine launched in October 1950 with 6,000 subscribers, mostly brought over from Plain Talk, which had ceased publication that May. It was expected to be a for-profit operation, and by 1952 it had reached 22,000 subscribers and was almost able to sustain itself. However, internal disagreements over politics destabilized the operation. Chamberlain and La Follette had staked out positions in favor of Senator Joseph McCarthy, a strident crusader against communism, and Senator Robert A. Taft, a candidate in the Republican presidential primary that year. These positions led to conflicts with Hazlitt and members of the board. Hazlitt quit the magazine in October 1952, but by February 1953 both Chamberlain and La Follette had left, and Hazlitt returned as sole editor. He resigned again at the start of 1954. [11] [12]

By June 1954 the magazine had lost $400,000 and was on the verge of closure. Rather than let it fold, Read decided to purchase the magazine. He created a new for-profit company, Irvington Press, with FEE as its owner, and Irvington purchased The Freeman. He brought in Chodorov, former editor of the unrelated Georgist Freeman, as the new editor, starting with the July 1954 issue. [11] Chodorov focused the magazine more on economic issues, taking more explicit libertarian stances than the previous editors. He also promoted a non-interventionist foreign policy, which stirred debate with more traditional conservatives. Although the content was different, the magazine continued to lose money, costing $90,000 in 18 months. [12] [13] [14]

Unable to stop the magazine from losing money, Read turned it over[ when? ] to the non-profit FEE. It became the foundation's primary outreach tool. With a new format and a new focus, the magazine became more successful. Within two years it had reached 42,000 subscribers, and FEE's donor base had more than doubled. [15] [16]

The Freeman is widely considered to be an important forerunner to the conservative publication National Review magazine, which was founded in 1955, and which from its inception included many of the same contributing editors. [19]

During its more than half century of publication, The Freeman featured articles by economists, businessmen, professors, teachers, statesmen (domestic and foreign), students, housewives, free-lance writers, and budding libertarian intellectuals. Many of its authors went on to become noted authors, teachers, and founders of libertarian organizations.[ citation needed ]

The Freeman had the following editors (some spans overlap due to co-editorship): [24] 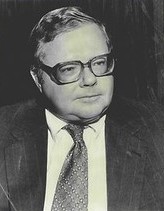 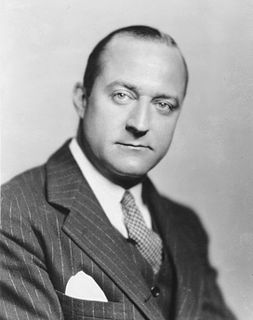 Henry Stuart Hazlitt was an American journalist who wrote about business and economics for such publications as The Wall Street Journal, The Nation, The American Mercury, Newsweek, and The New York Times. He is widely cited in both libertarian and conservative circles. 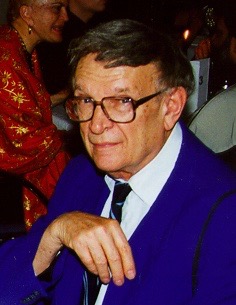 Albert Jay Nock was an American libertarian author, editor first of The Freeman and then The Nation, educational theorist, Georgist, and social critic of the early and middle 20th century. He was an outspoken opponent of the New Deal, and served as a fundamental inspiration for the modern libertarian and conservative movements, cited as an influence by William F. Buckley Jr. He was one of the first Americans to self-identify as "libertarian". His best-known books are Memoirs of a Superfluous Man and Our Enemy, the State.

Leonard Edward Read was the founder of the Foundation for Economic Education (FEE), one of the first modern libertarian institutions in the United States. He wrote 29 books and numerous essays, including the well-known "I, Pencil" (1958).

The Foundation for Economic Education (FEE) is a libertarian economic think-tank in the United States dedicated to the "economic, ethical and legal principles of a free society." FEE publishes books, daily articles, and hosts seminars and lectures.

Isabel Paterson was a Canadian-American journalist, novelist, political philosopher, and a leading literary and cultural critic of her day. Historian Jim Powell has called Paterson one of the three founding mothers of American libertarianism, along with Rose Wilder Lane and Ayn Rand, who both acknowledged an intellectual debt to Paterson. Paterson's best-known work, The God of the Machine (1943), a treatise on political philosophy, economics, and history, reached conclusions and espoused beliefs that many libertarians credit as a foundation of their philosophy. Her biographer Stephen D. Cox (2004) believes Paterson was the "earliest progenitor of libertarianism as we know it today." In a letter of 1943, Rand wrote that "The God of the Machine is a document that could literally save the world ... The God of the Machine does for capitalism what Das Kapital does for the Reds and what the Bible did for Christianity."

Suzanne Clara La Follette was an American journalist and author who advocated for libertarian feminism in the first half of the 20th century. As an editor she helped found several magazines. She was an early and ardent feminist and a vocal anticommunist. 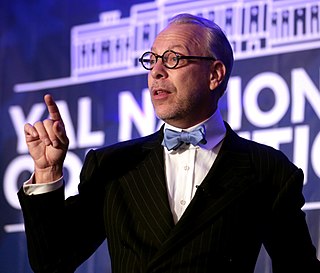 Jeffrey Albert Tucker is an American economics writer of the Austrian School, an advocate of anarcho-capitalism and Bitcoin, a publisher of libertarian books, a conference speaker, and an internet entrepreneur.

Frank Chodorov was an American member of the Old Right, a group of libertarian thinkers who were non-interventionist in foreign policy and opposed to both the American entry into World War II and the New Deal. He was called by Ralph Raico "the last of the Old Right greats."

Ralph Raico was an American libertarian historian of European liberalism and a professor of history at Buffalo State College. 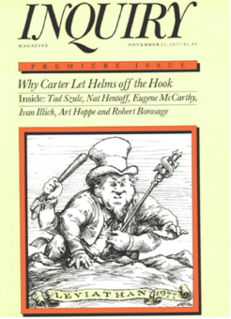 Plain Talk was a monthly, American, anti-Communist magazine that lasted for 44 months (1946–1950). The editor-in-chief was Isaac Don Levine.

This article is a list of major figures in the theory of libertarianism, a philosophy asserting that individuals have a right to be free. Originally coined by French anarchist and libertarian communist Joseph Déjacque as an alternative synonymous to anarchism, American classical liberals decided to appropriate the term in the 1950s for their philosophy which asserts that individuals have a right to acquire, keep and exchange their holdings and that the primary purpose of government is to protect these rights.

Bureaucrash was an international network of libertarian activists whose stated goals were "decreasing the scope of government" and "increasing individual freedom", and which engaged in culture jamming.

John Rensselaer Chamberlain was an American journalist, business and economic historian, syndicated columnist and literary critic. He was dubbed "one of America's most trusted book reviewers" by the libertarian magazine The Freeman.