The Hotel Carver is a three-story Victorian Building with full basement at 107 S. Fair Oaks Avenue in Pasadena, California. It was built in the late 1880s as part of the Doty Block in the Old Pasadena district. According to sources at the Pasadena Museum of History, it originally was a showroom for a stage coach or carriage company. In later years it was a freight depot for the Pasadena and Los Angeles Railroad, which became part of the Pacific Electric Railway, and which is indicated by the faded "Pasadena and Los Angeles" sign on the South wall. In the early 1900s the building was converted to the Hotel Mikado and served the Japanese American community. [1]

In the 1940s it was purchased by Percy Carter [2] and his family, and became Pasadena's first black-owned hotel. The name was changed to "The Hotel Carver," after George Washington Carver. It was directly across the street from the Hotel Green. The Green catered to prominent white clientele, while the Carver served African American clientele. It was similar to the Dunbar Hotel in Los Angeles. The Blue Room was the dining room on the second floor and the basement held the nightclub called at one time The Onyx Club [2] and later The Club Cobra where many famous, but unconfirmed musicians were reported to have played. In the 1950s, as part of a widening of Fair Oaks Avenue, the Victorian bay windows and turret on the southeast corner were removed from the building and similar structures were removed from other buildings to the north. In its later years, The Hotel Carver was operated by Percy Carter's sons, Percy Jr., Robert, and Littleton.

From the 1970s through the late 1980s a controversial mural adorned the north facade of The Hotel Carver. It was a simple quotation, painted in tall, dark green letters on a cool gray background. It said, "My people are the people of the dessert," said T.E. Lawrence, picking up his fork. [6] It was partially destroyed in the 1987 Whittier Narrows earthquake, and later painted over after the building was repaired. It had been painted by Paul Waszink, and was the subject of much speculation thereafter. In the early 1980s The Hotel Carver changed owners twice. Then in mid-April, 1985, all tenants entering the building encountered 30-day eviction notices nailed into every entrance door. The remaining tenants immediately organized a final art exhibit titled "The End of the Hotel Carver," that filled the ballroom, the old Blue Room, and most of the vacant spaces throughout the building. It included works by over 40 artists who had worked in the building over the years. By June, 1985 The Hotel Carver was empty. The building was later remodeled and earthquake retrofitted. The interior was gutted of its redwood framing to install an elevator and more modern steel framework. The massive ornate wooden staircase with turned wood balustrade was removed. The original lath and plaster was replaced with plaster board. The steel fire escapes on three sides of the building were all removed. Eleven years later, as part of a large art festival in Old Pasadena sponsored by Newtown Pasadena, [7] a group of artists from the Carver came together for a one-evening reunion art show on the sidewalk in front of the building called "A Brief Re-birth of The Hotel Carver." [8] 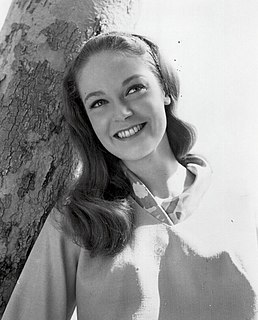 Mary Elizabeth Hartman was an American actress of the stage and screen. She is best known for her debut performance in the 1965 film A Patch of Blue, playing a blind girl named Selina D'Arcy, opposite Sidney Poitier, a role for which she was nominated for an Academy Award for Best Actress and a Golden Globe Award for Best Actress in a Motion Picture – Drama. The next year, she appeared in Francis Ford Coppola's You're a Big Boy Now as Barbara Darling, for which she was nominated for a second Golden Globe Award. Hartman also starred opposite Clint Eastwood and Geraldine Page in Don Siegel's The Beguiled, and the 1973 film Walking Tall. On stage, Hartman was best known for her interpretations of Laura Wingfield in The Glass Menagerie, for which she won Ohio's "Actress of the Year" award, and Emily Webb in the 1969 Broadway production of Our Town. Hartman retired from acting in 1982 after voicing the character of Mrs. Brisby in Don Bluth's first animated feature, The Secret of NIMH (1982). 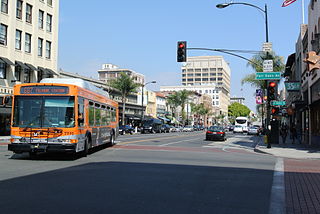 Old Pasadena, often referred to as Old Town Pasadena or just Old Town, is the original commercial center of Pasadena, a city in California, United States that arose from one of the most prosperous areas of the state, and had a latter day revitalization after a period of decay. 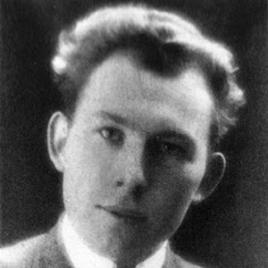 Frank Lloyd Wright Jr., commonly known as Lloyd Wright, was an American architect, active primarily in Los Angeles and Southern California. He was a landscape architect for various Los Angeles projects (1922–24), provided the shells for the Hollywood Bowl (1926–28), and produced the Swedenborg Memorial Chapel at Rancho Palos Verdes, California (1946–71). His name is frequently confused with that of his more famous father, Frank Lloyd Wright.

The Arroyo Seco, meaning "dry stream" in Spanish, is a 24.9-mile-long (40.1 km) seasonal river, canyon, watershed, and cultural area in Los Angeles County, California. The area was explored by Gaspar de Portolà who named the stream Arroyo Seco as this canyon had the least water of any he had seen. During this exploration he met the Chief Hahamog-na (Hahamonga) of the Tongva Indians.

Arye Gross is an American actor, who has appeared on a variety of television shows in numerous roles, most notably Adam Greene in ABC Sitcom Ellen. 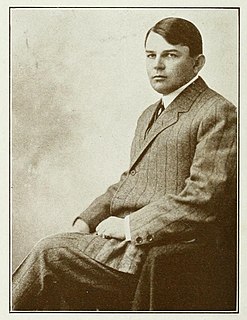 George Edwin Bergstrom was an American architect who designed The Pentagon in Arlington County, Virginia. 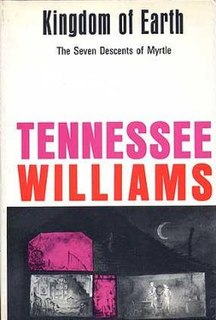 The Seven Descents of Myrtle is a play in seven scenes by Tennessee Williams. It started as a short story, The Kingdom of Earth, which Williams began in 1942 while in Macon, Georgia, but did not publish until 1954, in the limited edition of his story collection Hard Candy. Williams subsequently adapted the story into a one-act play, "Kingdom of Earth," published in the February 1, 1967, edition of Esquire magazine. He then expanded that play into a full-length seven-scene version, premiered the following year in New York with the title The Seven Descents of Myrtle and published on October 31, 1968, by New Directions as Kingdom of Earth. Its title character is reminiscent of another Williams' heroine, Blanche Dubois in A Streetcar Named Desire. 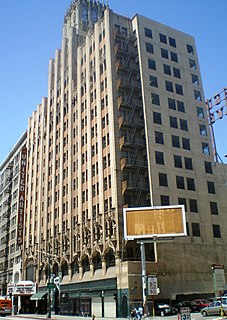 Ace Hotel Downtown Los Angeles, originally built as the California Petroleum Corporation Building and later known as the Texaco Building, is a 243 ft (74 m), 13-story highrise hotel and theater building located at 937 South Broadway in downtown Los Angeles, California. It was the tallest building in the city for one year after its completion in 1927, and was the tallest privately owned structure in Los Angeles until 1956. Its style is Spanish Gothic, patterned after Segovia Cathedral in Segovia, Spain. 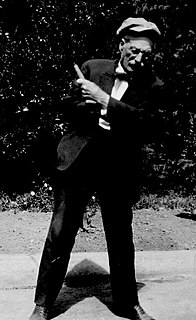 Frederick Louis Roehrig was an early 20th-century American architect. Roehrig was born in LeRoy, New York, the son of the noted "orientalist and philoligist," Frederick L.O. Roehrig He graduated from Cornell University in 1883 and also studied architecture in England and France. His architectural styles evolved over time, covering the Victorian, American Craftsman, and Neo-Classical styles. Roehrig is particularly known for his many landmark buildings in Pasadena, California, including the Hotel Green, and Pasadena Heritage has occasionally conducted tours of Roehrig's buildings. 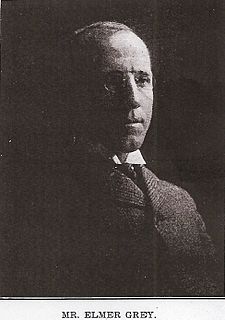 Pasadena is a city in Los Angeles County, California, United States. Famous for its colourful history and the hosting of the Tournament of Roses Parade since 1890, and the annual Rose Bowl football game since 1902. Pasadena was founded in 1874 and incorporated in 1886. 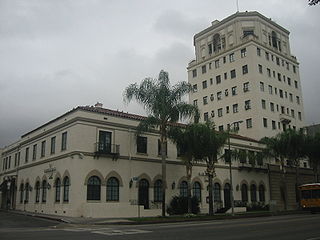 The Hollywood Athletic Club is an office building and event space in the Hollywood district of Los Angeles. 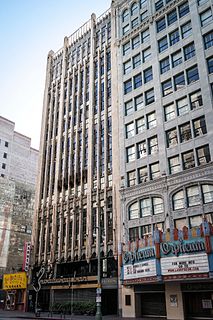 Walker & Eisen (1919−1941) was an architectural partnership of architects Albert R. Walker and Percy A. Eisen in Los Angeles, California. 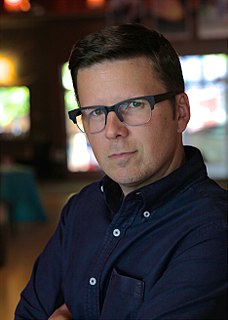