The Long Dark Tea-Time of the Soul

Last updated September 29, 2019
This article is about the book. For radio serial, see The Long Dark Tea-Time of the Soul (radio serial).

The Long Dark Tea-Time of the Soul is a 1988 humorous fantasy detective novel by Douglas Adams. It is the second book by Adams featuring private detective Dirk Gently, the first being Dirk Gently's Holistic Detective Agency . The title is a phrase that appeared in Adams' novel Life, the Universe and Everything to describe the wretched boredom of immortal being Wowbagger, the Infinitely Prolonged, and is a play on the theological treatise Dark Night of the Soul , by Saint John of the Cross.

The novel is named for that time on a Sunday, after afternoon but before evening, as the week-end had finished but the week had not yet begun, that occurred to Adams as a listless limbo of the working man:

In the end, it was the Sunday afternoons he couldn't cope with, and that terrible listlessness which starts to set in at about 2:55, when you know that you've had all the baths you can usefully have that day, that however hard you stare at any given paragraph in the papers you will never actually read it, or use the revolutionary new pruning technique it describes, and that as you stare at the clock the hands will move relentlessly on to four o'clock, and you will enter the long dark teatime of the soul. [1]

Dirk Gently, who calls himself a "holistic detective", has happened upon what he thinks is a rather comfortable situation. A wealthy man in the record industry has retained him, spinning a story about being stalked by a seven-foot-tall, green-eyed, scythe-wielding monster. Dirk pretends to understand the man's ravings involving potatoes and a contract signed in blood coming due; when in reality, Dirk is musing about what he might do if he actually receives payment for his "services" – such as getting rid of his refrigerator, which is so filthy inside that it has become the centrepiece of a show-down between himself and his cleaning woman. The seriousness of his client's claims becomes clear when Dirk arrives several hours late for an appointment to find a swarm of police around his client's estate. The aforementioned client is found in a sealed and heavily barricaded room, his head neatly removed several feet from his body and rotating on a turn-table. While at his recently deceased client's house, he discovers that his client had a son. However, after Dirk disconnects the television set the boy had been watching, the boy promptly breaks Dirk's nose.

Holism is the idea that systems and their properties should be viewed as wholes, not just as a collection of parts.

A scythe is an agricultural hand tool for mowing grass or reaping crops. It has largely been replaced by horse-drawn and then tractor machinery, but is still used in some areas of Europe and Asia.

A refrigerator consists of a thermally insulated compartment and a heat pump that transfers heat from the inside of the fridge to its external environment so that the inside of the fridge is cooled to a temperature below the ambient temperature of the room. Refrigeration is an essential food storage technique in developed countries. The lower temperature lowers the reproduction rate of bacteria, so the refrigerator reduces the rate of spoilage. A refrigerator maintains a temperature a few degrees above the freezing point of water. Optimum temperature range for perishable food storage is 3 to 5 °C. A similar device that maintains a temperature below the freezing point of water is called a freezer. The refrigerator replaced the icebox, which had been a common household appliance for almost a century and a half.

Nearly incapacitated by guilt, Dirk resolves to take his now-late client's wild claims seriously. During his investigation, Gently encounters exploding airport check-in counters, the gods of Norse mythology, insulting horoscopes, a sinister nursing home, a rhino-phagic eagle, an I Ching calculator (to which everything calculated above the value of 4 is apparently 'a suffusion of yellow'), a god who gives his powers to a lawyer and an advertising executive in exchange for clean linen, and an attractive American woman who gets angry when she can't get pizza delivered in London.

Norse mythology is the body of myths of the North Germanic peoples, stemming from Norse paganism and continuing after the Christianization of Scandinavia, and into the Scandinavian folklore of the modern period. The northernmost extension of Germanic mythology, Norse mythology consists of tales of various deities, beings, and heroes derived from numerous sources from both before and after the pagan period, including medieval manuscripts, archaeological representations, and folk tradition.

A horoscope is an astrological chart or diagram representing the positions of the Sun, Moon, planets, astrological aspects and sensitive angles at the time of an event, such as the moment of a person's birth. The word horoscope is derived from Greek words hõra and scopos meaning "time" and "observer". Other commonly used names for the horoscope in English include natal chart, astrological chart, astro-chart, celestial map, sky-map, star-chart, cosmogram, vitasphere, radical chart, radix, chart wheel or simply chart. It is used as a method of divination regarding events relating to the point in time it represents, and it forms the basis of the horoscopic traditions of astrology.

A nose is a protuberance in vertebrates that houses the nostrils, or nares, which receive and expel air for respiration alongside the mouth. Behind the nose are the olfactory mucosa and the sinuses. Behind the nasal cavity, air next passes through the pharynx, shared with the digestive system, and then into the rest of the respiratory system. In humans, the nose is located centrally on the face and serves as an alternative respiratory passage especially during suckling for infants. 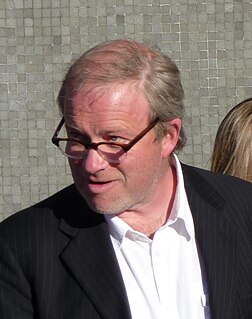 Henry Richard Enfield is an English comedian, actor, writer, and director. He is known in particular for his television work, including Harry Enfield's Television Programme and Harry & Paul, and for the creation and portrayal of comedy characters such as Kevin the Teenager and Loadsamoney. 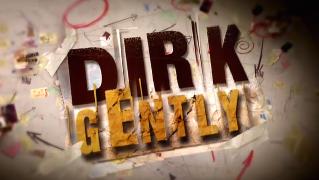 Stephen James Mangan is an English actor. He has played Guy Secretan in Green Wing, Dan Moody in I'm Alan Partridge, Sean Lincoln in Episodes, Postman Pat in Postman Pat: The Movie, and Andrew in Bliss (2018).

Dirk Gently's Holistic Detective Agency is a humorous detective novel by English writer Douglas Adams, first published in 1987. It is described by the author on its cover as a "thumping good detective-ghost-horror-who dunnit-time travel-romantic-musical-comedy-epic". 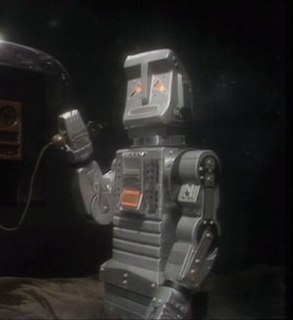 Professor Urban Chronotis is a fictional character created by Douglas Adams. He was originally created for the 1979 Doctor Who serial Shada, starring Tom Baker and Lalla Ward. However, the filming of the serial was never completed due to a strike. Adams then re-used the character and many of the themes from Shada in his novel Dirk Gently's Holistic Detective Agency, first published in 1987. In both versions, Chronotis is a clandestine time-traveller, whose time machine is disguised as his college rooms.

St. Cedd's College is a fictional college, created by Douglas Adams, of Cambridge University. It appears in the Doctor Who serial Shada, and in the novel Dirk Gently's Holistic Detective Agency.

Robert Duncan is an English actor. He is best known for his television role as Gus Hedges, the jargon-speaking manager, from Drop the Dead Donkey. He also appeared in Casualty as Peter Hayes between 1995 and 1996. He also played Lazarus in 2000 film The Miracle Maker.

Hyperland is a 50-minute-long documentary film about hypertext and surrounding technologies. It was written by Douglas Adams and produced and directed by Max Whitby for BBC Two in 1990. It stars Douglas Adams as a computer user and Tom Baker, with whom Adams had already worked on Doctor Who, as a personification of a software agent.

A dirk is a type of dagger.

Sally Grace is an English actress, who has worked extensively on radio, television and in animation. 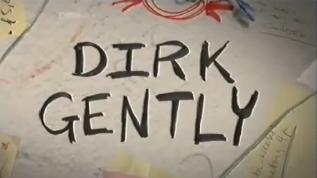 The pilot episode of Dirk Gently is the first broadcast episode of the BBC Four television series inspired by Douglas Adams's novel Dirk Gently's Holistic Detective Agency. First broadcast on 16 December 2010 and repeated throughout the Christmas period, it was written by Howard Overman and stars Stephen Mangan as holistic detective Dirk Gently and Darren Boyd as his sidekick Richard Macduff. Recurring actors include Helen Baxendale as Susan Harmison, Jason Watkins as DI Gilks and Lisa Jackson as Janice Pearce. 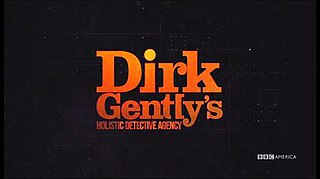 Dirk Gently's Holistic Detective Agency is a BBC America comic science fiction detective television series created and primarily written by Max Landis. The two seasons are inspired by the novel series of the same name by Douglas Adams. The series is co-produced and distributed by BBC America and Netflix, along with AMC Studios, Ideate Media and IDW Entertainment. Filming primarily took place in Vancouver, British Columbia.