Last updated August 19, 2021
This article is about the British horror film. For the album by Les McCann, see Les McCann Ltd. Plays the Shout. For the live band of the pop singer, see Never Shout Never.
1978 British film

The Shout is a 1978 British horror film directed by Jerzy Skolimowski. It was based on a short story by Robert Graves and adapted for the screen by Michael Austin. The film was the first to be produced by Jeremy Thomas under his Recorded Picture Company banner.

Crossley (Alan Bates), a mysterious travelling man invades the lives of a young couple, Rachel and Anthony Fielding (Susannah York and John Hurt). Anthony is a composer, who experiments with sound effects and various electronic sources in his secluded Devon studio. The couple provides hospitality to Crossley but his intentions are gradually revealed as more sinister. He claims he has learned from an Aboriginal shaman how to produce a "terror shout" that can kill anyone who hears it unprotected.

Interiors were shot at Pinewood Studios, the film's sets were designed by the art director Simon Holland. The North Devon coastline, specifically Saunton Sands and Braunton Burrows, was used for the bulk of the location shooting. The church of St Peter in Westleigh Bideford was used for the church scenes. The producer, Jeremy Thomas, later remembered his experience making the film,

Because I had a great director, and a quality piece of literature, I managed to get a wonderful cast such as John Hurt and Alan Bates. Skolimowski had a sense of shooting style then, this was the second director who I had worked closely with, and it was fascinating watching Skolimowski work. He came from a Polish tradition, the Wajda Film School, he had a different background to other directors I had been working with in the cutting rooms or elsewhere. And it made the film much more creative to me. I saw it more as an artistic endeavour by him. The film went to Cannes and won the Grand Prix de Jury. We were incredibly lucky and the film was appreciated by the jury. It was a very small festival then, nothing like the Cannes Film Festival of today, it was a small event in a cinema of 800 people or so. [1]

The soundtrack is by Michael Rutherford and Tony Banks of the rock band Genesis. [2] The central theme "From the Undertow" features on Banks's album A Curious Feeling . [3]

The film was nominated for the Palme d'Or at the 1978 Cannes Film Festival and received the Grand Prize of the Jury, [4] in a tie with Bye Bye Monkey .

In The Guard (2011), Sergeant Boyle (Brendan Gleeson) is seen watching The Shout on television.

The year 1978 in film involved some significant events.

All the Little Animals is a 1998 drama film directed and produced by Jeremy Thomas and starring Christian Bale and John Hurt. Based on the 1968 novella of the same name by Walker Hamilton, it was adapted for the screen by Eski Thomas.

The Cup is a 1999 Tibetan-language film directed by Khyentse Norbu. The plot involves two young football-crazed Tibetan refugee novice monks in a remote Himalayan monastery in India who desperately try to obtain a television for the monastery to watch the 1998 World Cup final. 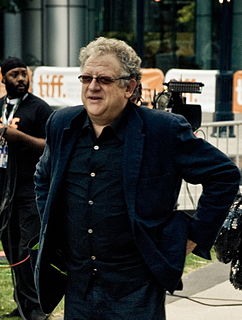 Bye Bye Monkey is a 1978 Italian-French comedy-drama film, directed by Marco Ferreri and starring Gérard Depardieu, Marcello Mastroianni, James Coco and Geraldine Fitzgerald. It is about a man who finds a baby chimpanzee in a giant King Kong prop and decides to raise it like a son. It was filmed in English and shot in Long Island, New York. As this was a French-Italian co-production, French and Italian dubbed versions were made for their respective countries' theatrical releases. 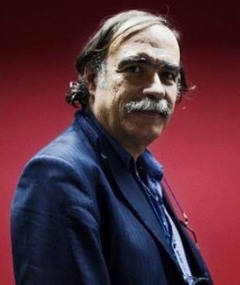 Mad Dog Morgan is a 1976 Australian bushranger film directed by Philippe Mora and starring Dennis Hopper, Jack Thompson and David Gulpilil. It is based upon the life of Dan Morgan.

The 61st Annual Cannes Film Festival was held from 14 to 25 May 2008. The President of the Official Jury was American actor and director Sean Penn. Twenty two films from fourteen countries were selected to compete for the Palme d'Or. The awards were announced on 24 May. The film The Class, directed by Laurent Cantet won the Palme d'Or.

The 31st Cannes Film Festival was held from 16 to 30 May 1978. The Palme d'Or went to the L'albero degli zoccoli by Ermanno Olmi. This festival saw the introduction of a new non-competitive section, 'Un Certain Regard', which replaces 'Les Yeux Fertiles' (1975-1977), 'L'Air du temps' and 'Le Passé composé'. 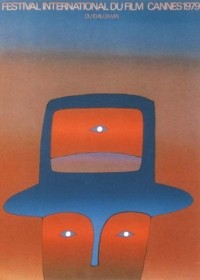 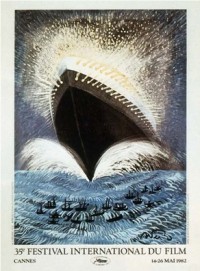 The 35th Cannes Film Festival was held from 14 to 26 May 1982. The Palme d'Or was jointly awarded to Missing by Costa Gavras and Yol by Şerif Gören and Yılmaz Güney. 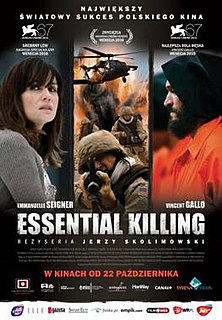 David Lowery is an American filmmaker.

Al Clark is an Australian film producer. He is best known for his producer role on TheAdventures of Priscilla, Queen of the Desert and his executive producer role on the film, Chopper. Clark is also the author of three books. Time Flies is Clark's memoir and third book. It a sometime-hard-to-believe-but-no-its-all-true adventure that merges the early days of punk and New Wave with the truncated British film renaissance of the 1980's and the world of international film finance. Raymond Chandler in Hollywood provides an insight into the work of the writer of detective fiction and includes interviews with many of the Hollywood figures who were associated with Raymond Chandler and his films. Among them Clark interviewed Lauren Bacall, Alfred Hitchcock, Fred MacMurray and Robert Montgomery. His second book was Making Priscilla, also titled The Lavender Bus: How a Hit Movie Was Made and Sold, a behind the scenes tale chronicling the follies of the film making business and how The Adventures of Priscilla, Queen of the Desert became an international success.