They Never Come Back

They Never Come Back is a 1932 American pre-Code drama film directed by Fred C. Newmeyer and starring Regis Toomey and Dorothy Sebastian.

Distracted just before the fight by the news that his mother has died, boxer Jimmy Nolan is defeated in the ring. As he and his sister Mary attend the funeral, Jimmy also deals with an injured arm from the fight.

At a nightclub Jerry Filmore owns, Jimmy meets dancer Adele, who is Filmore's romantic interest as well. A ticket taker at the door, Ralph Landon, takes $500 from the till and plants it on Jimmy, framing him. Jimmy goes to jail.

Ralph falls in love with Mary and confides to her that he owed $1,000 to Filmore and set up her brother on his behalf. Jimmy gets out of jail, accepts a fight and wins a $1,000 prize, settling Ralph's account with Filmore. It leads to a fistfight between the two men. Jimmy wins that one as well. 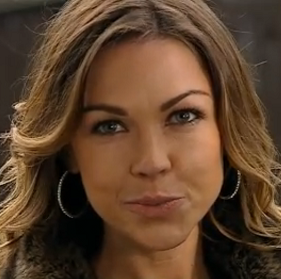 Station West is a 1948 black-and-white film directed by Sidney Lanfield and based on a Western novel by Luke Short. Burl Ives plays a small role and sings the following songs on the soundtrack: "A Stranger in Town," "The Sun's Shining Warm," and "A Man Can't Grow Old."

Reefer Madness, also known as Reefer Madness: The Movie Musical, is a 2005 American made-for-television musical comedy film directed by Andy Fickman, written by Kevin Murphy and Dan Studney, and produced by the three. It is a film adaptation of the trio's 1998 musical of the same name, itself based on the 1936 exploitation film also of the same title. It premiered on Showtime on April 16, 2005.

Thoroughly Modern Millie is a musical with music by Jeanine Tesori, lyrics by Dick Scanlan, and a book by Richard Morris and Scanlan. It is based on the 1967 film of the same name, which itself was based on the British musical Chrysanthemum, which opened in London in 1956. Thoroughly Modern Millie tells the story of a small-town girl, Millie Dillmount, who comes to New York City to marry for money instead of love – a thoroughly modern aim in 1922, when women were just entering the workforce. Millie soon begins to take delight in the flapper lifestyle, but problems arise when she checks into a hotel owned by the leader of a white slavery ring in China. The style of the musical is comic pastiche. Like the film on which it is based, it interpolates new tunes with some previously written songs.

Lady of Quality is the last Regency romance novel written by Georgette Heyer. It was first published in 1972 and was the last of her novels to be published during her lifetime.

Dance, Girl, Dance is a 1940 American comedic drama film directed by Dorothy Arzner and starring Maureen O'Hara, Louis Hayward, Lucille Ball, and Ralph Bellamy. The film follows two dancers who strive to preserve their own integrity while fighting for their place in the spotlight and for the affections of a wealthy young suitor.

Ralph Graves was an American screenwriter, film director and actor who appeared in 93 films between 1918 and 1949. 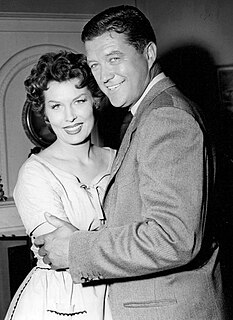 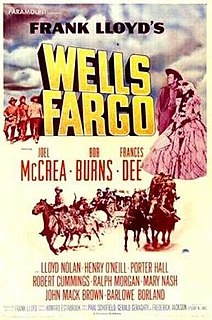 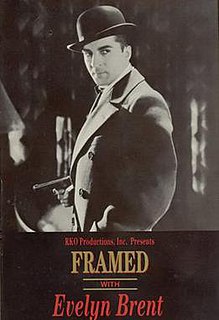 Picture Snatcher is a 1933 American pre-code drama film starring James Cagney as a gangster who decides to quit to pursue his dream.

Tom and Jerry & The Wizard of Oz is a 2011 American animated direct-to-video musical fantasy comedy film starring the cat-and-mouse duo Tom and Jerry. Produced by Warner Bros. Animation and Turner Entertainment Co., the film is an animated adaptation of the 1939 Metro-Goldwyn-Mayer film The Wizard of Oz, with the addition of Tom and Jerry as characters and told through their point of view. 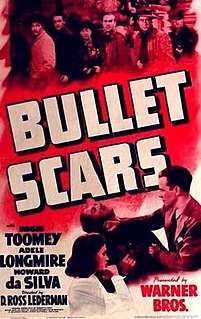 Bullet Scars is a 1942 American film produced and distributed by Warner Bros. It was directed by D. Ross Lederman with top-billed stars Regis Toomey, Adele Longmire and Howard DaSilva.

"Kansas" is the twentieth episode of the third season of the American fantasy drama series Once Upon a Time, and the show's 64th episode overall, which aired on May 4, 2014. The episode was written by Andrew Chambliss & Kalinda Vazquez and directed by Gwyneth Horder-Payton. 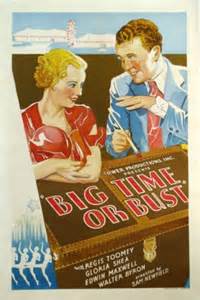