Thomas Prinz graduated from University of Heidelberg. He complete hie PhD from South Asia Institute and also attended in University of Giessen.

The Federal Republic of Germany (FRG) is a Central European country and member of the European Union, G4, G7, the G20, the Organisation for Economic Co-operation and Development and the North Atlantic Treaty Organization (NATO). It maintains a network of 229 diplomatic missions abroad and holds relations with more than 190 countries. As one of the world's leading industrialized countries it is recognized as a major power in European and global affairs. 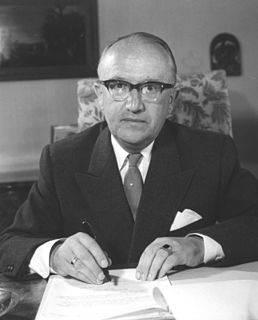 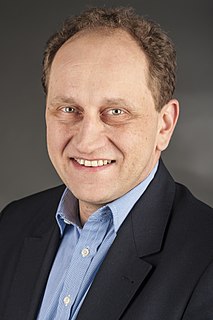 The British Embassy in Berlin is the United Kingdom's diplomatic mission to Germany. It is located on 70-71 Wilhelmstraße, near the Hotel Adlon, in Berlin. The current ambassador is Jill Gallard.

The Embassy of Germany in Bangkok is the diplomatic mission of the Federal Republic of Germany to the Kingdom of Thailand. The embassy is located in the capital Bangkok on an area of c. 28,000m². The building is owned by the Government of Germany. 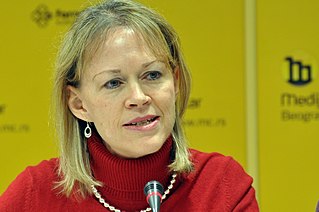 Mary Burce Warlick was appointed Deputy Executive Director of the International Energy Agency in May 2021. A former United States career diplomat, she served as the United States Ambassador to Serbia from January 2010 to September 2012, as the U.S. Consul General in Melbourne, Australia from October 2012 to July 2014, as Principal Deputy Assistant Secretary in the Bureau of Energy Resources at the Department of State from August 2014 to September 2017, and as Acting Special Envoy and Coordinator for International Energy Affairs from January to September 2017.

Berndt Robert Alexander Michael von Staden was a German diplomat who was the West German Ambassador to the United States from 1973 until 1979. 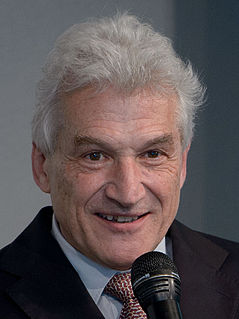 Volker Stanzel is a retired German diplomat and the former ambassador of the Federal Republic of Germany to Japan and China as well as former Political Director. Since 2015 he works and publishes on political topics in Berlin, Germany. 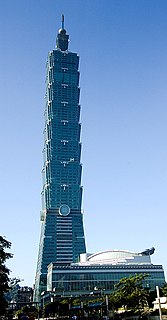 The German Institute Taipei ; is the overseas representative office of Germany in Taiwan, which promotes the non-diplomatic German-Taiwanese relations and looks after German interests there. Tasks of the institution includes the increasing of bilateral cooperation, dealing with consular affairs like Visa or passport, providing a variety of services for German citizens in Taiwan and German-related information to Taiwanese people. In some instances, it maintains contacts with Taiwanese government on behalf of the Federal Republic of Germany, acting as a de facto embassy. Institute affairs are led by a Director General, who acts as the German representative to Taiwan. 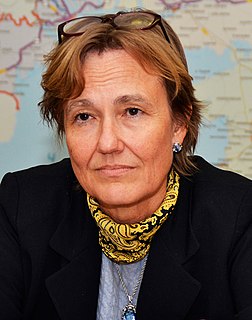 Anka Feldhusen is a German diplomat. Since July 2019 she is Ambassador of the Federal Republic of Germany in Kyiv, Ukraine.

Birgitt Ory is a German diplomat. Since 2019 she has served as the German Ambassador to Nigeria. Ory was the first woman to serve as Director General of the German Institute Taipei in Taiwan, a post she held from 2008 to 2011.

Martin Eberts is a German diplomat. From 2014 to 2018 he served as the Director General of the German Institute Taipei. In 2020 he was appointed as the Consul General at the German Consulate in Osaka, Japan. 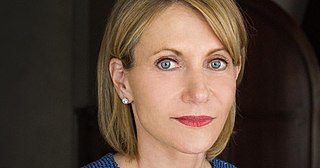 Kimberly Marteau Emerson is an attorney, advocate and civic leader known for her expertise in the fields of foreign policy, public diplomacy and human rights. She has served in government at the federal and local levels, and engaged in advocacy and relief efforts in some European, African and South Asian countries. Her husband John B. Emerson was the United States Ambassador to Germany from 2013 to 2017. During those years she gained prominence on the transatlantic stage for her efforts to promote ties between the United States and Germany, lead embassy projects during the 2015-16 refugee crisis, and address human rights issues around the world. Marteau Emerson has been active in the Democratic Party since her work on the staff of the 1988 Michael Dukakis presidential campaign, subsequently serving in roles in multiple presidential campaigns. In addition to regular speaking engagements and interviews, she holds leadership positions on a number of transatlantic boards and has served as an unofficial envoy and facilitator of mutual engagement between the sister cities Berlin and Los Angeles.

Olexander Scherba is a Ukrainian diplomat who worked as Ambassador of Ukraine to Austria in 2014-2021.