Thomas Pucher was born in Leibnitz in Austria, and trained as an architect in Graz. In 2005 he founded Atelier Thomas Pucher 2005 in Graz. 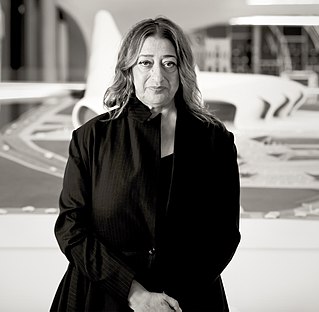 Dame Zaha Mohammad Hadid was a British Iraqi architect, artist and designer, recognised as a major figure in architecture of the late 20th and early 21st centuries. Born in Baghdad, Iraq, Hadid studied mathematics as an undergraduate and then enrolled at the Architectural Association School of Architecture in 1972. In search of an alternative system to traditional architectural drawing, and influenced by Suprematism and the Russian avant-garde, Hadid adopted painting as a design tool and abstraction as an investigative principle to "reinvestigate the aborted and untested experiments of Modernism [...] to unveil new fields of building."

Sir Peter Cook is an English architect, lecturer and writer on architectural subjects. He was a founder of Archigram, and was knighted in 2007 by the Queen for his services to architecture and teaching. He is also a Royal Academician and a Commandeur de l'Ordre des Arts et des Lettres of the French Republic. His achievements with Archigram were recognised by the Royal Institute of British Architects in 2004, when the group was awarded the Royal Gold Medal. 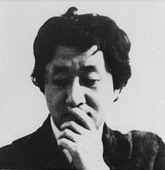 Arata Isozaki is a Japanese architect, urban designer, and theorist from Ōita. He was awarded the RIBA Gold Medal in 1986 and the Pritzker Architecture Prize in 2019.

Dietmar Feichtinger is an Austrian architect established since 1989 in Paris.

Elmar Lohk was an Estonian architect. Many of his buildings in Tallinn are now valued as great examples of 1930s architecture, for example, the prominent Scandic Hotel Palace on Freedom Square. His creation can be categorised as functionalism with some influence of Chicago school and traditional art. 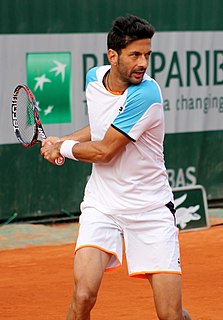 Juri Kurakin is a former competitive ice dancer who is best known for his partnership with Barbora Silná for Austria. Together, they won three Austrian national titles and reached the final segment at three ISU Championships. Earlier in his career, Kurakin competed for Estonia and Bulgaria.

Neutelings Riedijk Architects is an architecture firm based in Rotterdam, the Netherlands, founded by Willem Jan Neutelings and Michiel Riedijk in 1987.

François Valentiny is a Luxembourgish architect. After his studies in architecture at the Ecole d'Architecture de Nancy and the University of Applied Arts Vienna, in 1980 he formed a partnership with Hubert Hermann, founding the architects' office Hermann & Valentiny in Luxembourg and Vienna. He first advised for the city of Trier, and later became a visiting lecturer at the Department of Architecture, University of Applied Sciences Trier.

Julien De Smedt is the founder and director of JDS Architects based in Brussels, Copenhagen, Belo Horizonte and Shanghai. Projects include the VM Housing Complex, the Mountain Dwellings, the Maritime Youth House and the Holmenkollen Ski Jump.

Jean Nouvel is a French architect. Nouvel studied at the École des Beaux-Arts in Paris and was a founding member of Mars 1976 and Syndicat de l'Architecture. He has obtained a number of prestigious distinctions over the course of his career, including the Aga Khan Award for Architecture, the Wolf Prize in Arts in 2005 and the Pritzker Prize in 2008. A number of museums and architectural centres have presented retrospectives of his work.

Zaha Hadid Architects is a British architecture and design firm founded by Zaha Hadid, with its main office situated in Clerkenwell, London.

Wang Shu is a Chinese architect based in Hangzhou, Zhejiang Province. He is the dean of the School of Architecture of the China Academy of Art. With his practice partner and wife Lu Wenyu, he founded the firm Amateur Architecture Studio. In 2012, Wang became the first Chinese citizen to win the Pritzker Prize, the world's top prize in architecture. The award was the subject of some controversy since the Pritzker committee did not also award Lu Wenyu, his wife and architectural partner, despite their years of collaboration.

Sergei Tchoban is a Russian and German Architect working in various cities in Europe and the Russian Federation. He is a member of the Association of German Architects (BDA), the Union of Architects of Russia and the Union of Artists of Russia, academician of the Moscow branch of the International Academy of Architecture and honorary academician of the Russian Academy of Arts, the recipient of architectural awards and a participant in various architectural exhibitions.

Liu Yichun is a Chinese architect, based in Shanghai, China. After served as Chief Architect of the Architectural Design Institute of Tongji University from 1997 to 2000, he founded his own architecture office Atelier Deshaus with Chen Yifeng and Zhuang Shen in 2001. Trying to keep Chinese traditions alive, Liu borrows the principles and philosophy from ancient Chinese architecture and links them with the present in the attempt to create new meanings of architecture.

Volker Giencke in Wolfsberg is an Austrian architect.