French people are a Romance-speaking ethnic group and nation who are identified with the country of France. This connection may be ethnic, legal, historical, or cultural.

The 2016 European Men's and Women's Team Badminton Championships was held in Kazan, Russia, from February 16 to February 21, 2016. This tournament also serves as European qualification for the 2016 Thomas & Uber Cup. 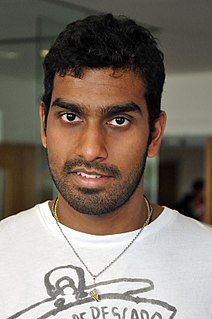 Theratil Rajiv Ouseph is a former badminton player from England. A member of the Great Britain and England Badminton squads, he is the current England number one men's singles player. In 2017, Ouseph won the Men's singles title at the European Badminton Championships, becoming European champion.

Tanongsak Saensomboonsuk is a Thai badminton player. He won his first career Super Series Premier title by winning the Denmark Open on 23 October 2016, becoming the first Thai to win a men's singles title in a Super Series Premier tournament. He studies a bachelor in business administration at Siam University.

Chou Tien-chen is a badminton player from Taiwan, representing Chinese Taipei. He became the first local shuttler in 17 years to win the men's singles title of the Chinese Taipei Open in 2016 since Indonesian-born Fung Permadi won it in 1999. He won his first BWF Super Series title at the 2014 Yonex French Open, beating Wang Zhengming of China 10–21, 25–23, 21–19 in the finals. He is the record holder of three consecutive Bitburger Open Grand Prix Gold titles from 2012 till 2014.

Hiroyuki Endo is a Japanese badminton player. He competed at the 2016 Summer Olympics, in Rio de Janeiro, Brazil. In 2009, he joined the Unisys badminton team. 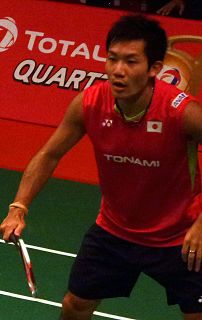 Keigo Sonoda is a Japanese badminton player. He affiliated with the YKK AP Yatsushiro, before joining the Tonami team in 2010. Sonoda was part of the national team that won the 2014 Thomas Cup. He captured his first Superseries title at the 2016 Hong Kong Open, and reached a career high of world number 2 in the men's doubles partnered with Takeshi Kamura in March 2017. 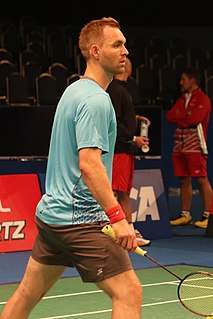 Mads Conrad-Petersen is a Danish badminton player. His current partner is Mads Pieler Kolding. In 2016, he won the gold medal at the European Championships in the men's doubles event. He also a part of the Denmark national team who won the Thomas Cup.

Son Wan-ho is a South Korean badminton player. He competed in the singles event at the 2012 Summer Olympics. He competed at the 2016 Summer Olympics, but was defeated by Chen Long from China in quarter-finals. He plays primarily defensively, and began playing badminton after a teacher suggested it to him in elementary school. He holds a bachelor's degree from Inha University in Incheon, South Korea. In 2017, he helped the Korean national team to reach the final at the Sudirman Cup and won that tournament. He is engaged with compatriot women singles player, Sung Ji Hyun. 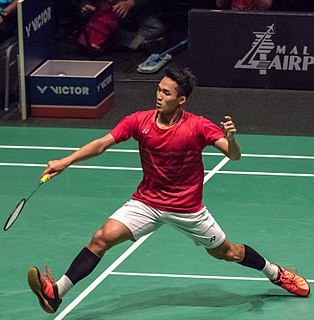 Jonatan Christie, also known by his nickname "Jojo", is an Indonesian badminton player. He is from PB. Tangkas Specs, a badminton club from Jakarta, capital city of Indonesia and plays in men's singles discipline.

Lee Dong-keun is a Korean badminton player specializing in men's singles. He won his first international senior title at the 2011 Vietnam International tournament. In 2016, Lee represented his country compete at the Summer Olympics in Rio de Janeiro, Brazil. 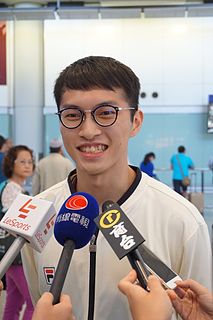 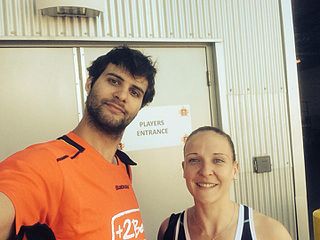 Shi Yuqi is a Chinese badminton player. Shi Yuqi won his first SuperSeries title in the 2016 French Super Series. At the 2017 All England Open, he defeated 6-time champion Lin Dan to reach the final, and repeated the same feat again at the 2018 All England Open, where he outclassed Lin Dan in the tournament final, winning the most prestigious tournament of his career.

Takuto Inoue is a Japanese badminton player from the Unisys team. He won his first senior international title at the 2013 Romanian International tournament in the men's singles and doubles event. 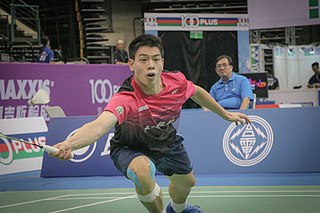 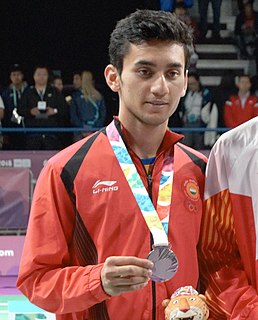 Lakshya Sen is an Indian badminton player. Sen, born in Almora, belongs to a badminton family. His father, D. K. Sen, is a coach in India and his brother, Chirag Sen, is also an international badminton player. Trained at the Prakash Padukone Badminton Academy, Sen has shown his talent as a badminton player at a young age, and has had a brilliant year in the junior badminton circuit in 2016. He became the number one junior singles player in BWF World Junior ranking in February, 2017. Sen also competed in the senior international level and won the men's singles title at the 2016 India International Series tournament. He emerged as the champion at the 2018 Asian Junior Championships defeating the top seeded World No. 1 Kunlavut Vitidsarn in the final.