Sprott wrote a history of St Augustine's Abbey. His work was used and acknowledged by the chroniclers Thomas Elmham and William Thorne. [2] Thorne copies him freely to 1228, where he says Sprott's share ends. [2] He elsewhere stated that Sprott's work ended in 1272, a point that is unclear in surviving manuscripts (which had later additions, and some damage). [1] John Leland mentioned a chronicle by Sprott that extended to 1272, which Casimir Oudin stated was among the manuscripts of Walter Cope. [2]

Thomas Elmham was an English chronicler.

John Leland or Leyland was an English poet and antiquary.

The original work by Sprott has not been printed. [1]

The Flores Historiarum is the name of two different Latin chronicles by medieval English historians that were created in the 13th century, associated originally with the Abbey of St Albans.

Matthew of Westminster, long regarded as the author of the Flores Historiarum, is now thought never to have existed.

James Smith was an English writer. He is best known as co-author of the Rejected Addresses, with his younger brother Horace.

William Smith (15??-16??) was an English sonneteer, poet, and friend of Edmund Spenser. He participated in The Phoenix Nest (1593), England's Helicon (1600) and published a sonnet sequence Chloris or The Complaint of the passionate despised Shepheard in 1596.

William Wogan was an Irish religious writer, close to a number of leading evangelicals of his time, and sympathetic with early Methodism.

Gregory of Caergwent or Winchester was a British monk and historian.

Edmund of Hadenham, was a monk of Rochester and an English chronicler. 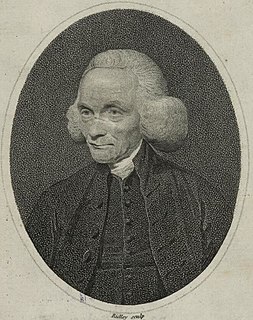 Joshua Thomas (1719–1797) was a Welsh writer and Particular Baptist minister, known for his history of Welsh Baptists.

Saint Solus was an English monk, in Germany with St. Boniface.

William Wyrley (1565–1618) was an English antiquarian and officer of arms, who became Rouge Croix pursuivant.

John Russell Smith (1810–1894), known as Russell Smith, was an English bookseller and bibliographer. He is best known for his "Library of Old Authors" reprint series.

Alexander Crowcher Schomberg (1756–1792) was an English poet and writer on jurisprudence.