Thorne may refer to:

Upton may refer to: 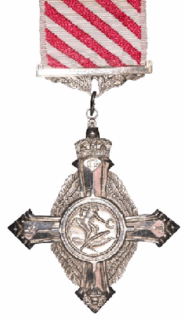 Brympton is a civil parish and electoral ward in Somerset, England. The parish is situated on the north-west edge of Yeovil in the South Somerset district. The parish/ward has a population of 7,308. The civil parish covers the western part of the Yeovil built up area, including the stadium of Yeovil Town F.C. at Huish Park, and also includes the hamlets of Brympton D'Evercy, Lufton, Thorne Coffin and Alvington as well as part of Chilthorne Domer.

Ashprington is a village and civil parish in the South Hams district of Devon, England. The village is not far from the River Dart, and is about three miles south of Totnes. There is a local pub, hotel and phonebox. The civil parish includes the hamlets of Bow, Painsford and Tuckenhay. Sharpham House is also within the parish and includes Sharpham Vineyard which produces good quality wines. According to the 2001 census the parish had a population of 428. 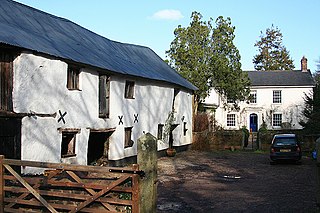 Cheriton Fitzpaine is a village in Devon, England, located 4 miles (7 km) north-east of Crediton. The population of the parish in the 2011 Census was 556.

Bowden may refer to:

Coffinswell is a small village in South Devon, England, just off the A380, the busy Newton Abbot to Torquay road. It lies within Teignbridge District Council. 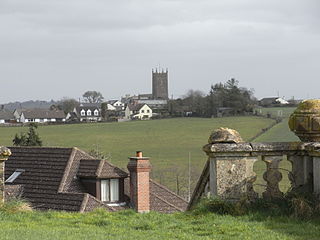 The South Devon Area of Outstanding Natural Beauty (AONB) covers 337 square kilometres, including much of the South Hams area of Devon and the rugged coastline from Jennycliff to Elberry Cove near Brixham. The purpose of an Area of Outstanding Natural Beauty is to conserve and enhance the area's natural beauty. In South Devon this includes: undeveloped coastline, estuaries, geological and geomorphological features, expansive panoramic views, ancient agricultural field pattern, Devon banks, areas of high tranquility, dark night skies and natural nightscapes, historic features, green lanes, well known cultural associations, picturesque villages and hamlets. South Devon AONB was formally designated in August 1960 under the National Parks and Access to the Countryside Act 1949. The highest point in the AONB is Blackdown Camp at 199 metres above sea level.

Bradworthy is a village and civil parish in Devon, England. The village is close to the site of the first wind turbines in Devon, erected in 2005. Bradworthy has the largest village square in England. The civil parish is bordered by the Devon parishes Hartland, Woolfardisworthy, West Putford, Sutcombe, Holsworthy Hamlets and Pancrasweek, and the Cornish civil parishes Kilkhampton and Morwenstow. Bradworthy village has a pub, a primary school and an industrial estate.

New Dayton is a hamlet in southern Alberta, Canada within the County of Warner No. 5. It is located on Highway 4 between the villages of Stirling and Warner, approximately 48 kilometres (30 mi) southeast of Lethbridge. New Dayton was named for their former home by settlers from Dayton, Ohio. 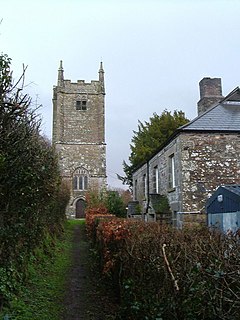 Coryton is a hamlet and civil parish in the West Devon district of Devon, England, to the north west of Tavistock.

Stokeinteignhead is a village and civil parish in the Teignbridge district of Devon, England, above the southern bank of the estuary of the River Teign. The parish has a short boundary on the estuary, and is otherwise surrounded, clockwise from the north, by the parishes of Shaldon, Torbay, Coffinswell and Haccombe with Combe. It is twinned with the French commune of Trévières, Calvados.

Hamlet is a 2009 television film adaptation of the Royal Shakespeare Company's 2008 modern-dress stage production of William Shakespeare's play of the same name, aired on BBC Two on 26 December 2009. It was broadcast by PBS' Great Performances in the United States on 28 April 2010.

West Youlstone is a hamlet in north Cornwall, England, United Kingdom. It lies seven miles north north west of Bude and north of Kilkhampton along the A39 road. It belongs to the parish of Morwenstow, and lies to the east of it. East Youlstone is immediately to the east but is in Devon.

Holsworthy Hamlets is a civil parish in the northwest of Devon, England. It forms part of the local government district of Torridge and came into being on 1 April 1900 when the ecclesiastical parish of Holsworthy was split into two.

Horwood, Lovacott and Newton Tracey is a civil parish in North Devon district, Devon, England. In the 2011 census it was recorded as having a population of 487. It includes the villages of Horwood and Newton Tracey and the hamlet of Lovacott.

Thorne in the parish of Ottery St Mary in Devon is an historic estate situated on the west side of the River Otter opposite the town of Ottery St Mary. The site is today occupied by Thorne Farm situated to the immediate north of the town's school and hospital and to the immediate south of the surviving early 17th century grand mansion house of Cadhay.