Thorold Secondary School, often referred to as "TSS," is a public secondary school in Thorold, Ontario, Canada. The school was named after Sir John Thorold, a member of the British Parliament for Lincolnshire, England. Despite its moderate size, the school consistently is among the top in the regional athletics for the DSBN.

In 1857, a grammar school was established in the village of Thorold, but it was not until 18 years later, in 1875, that the land on which the present high school stands was purchased. The site, bound by Ormond, St. David and Carleton Streets, was purchased for $1856.77 from Dr. Rolls of Thorold, and the building was erected at a cost of $6000. In 1928, a seven-room and gymnasium addition was constructed, and the building was officially opened on the eve of the graduation ceremonies held on November 22, 1929.

Over the years, the school has undergone a series of additions, the most recent of which was in 1967. In 2006, T.S.S. benefited from being part of a Schools Renewal Project. The project involved over $3 million in construction, including new windows and an improved electrical system.

The school has successful athletic programs, despite its relatively small talent pool of just over 600 students. The Golden Eagles Football team has won 5 regional AA/AAA championships competing in the NRHSAA. Thorold Secondary is also highlighted with an outstanding Arts department, with TSS band headlining many charitable concerts, and TSS drama presenting multiple plays. The Golden Eagles Improv team competes in the Canadian Improv Games, and ranked in the Top 10 at the 2019 CIG National Competition at the Arts Center in Ottawa. 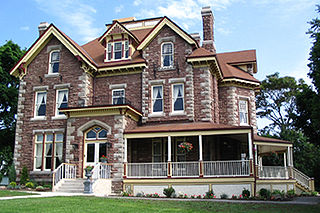 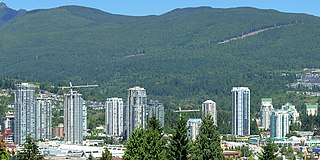 Coquitlam is a city in the Lower Mainland of British Columbia, Canada. Mainly suburban, Coquitlam is the sixth-largest city in the province, with a population of 139,284 in 2016, and one of the 21 municipalities comprising Metro Vancouver. The mayor is Richard Stewart.

Port Moody is a city in British Columbia, Canada, and a member municipality of the Metro Vancouver Regional District. It envelops the east end of Burrard Inlet and is the smallest of the Tri-Cities, bordered by Coquitlam on the east and south and by Burnaby on the west. The villages of Belcarra and Anmore, along with the rugged Coast Mountains, lie to the northwest and north, respectively. It is named for Richard Clement Moody, the first lieutenant governor of the Colony of British Columbia.

Kingston Collegiate and Vocational Institute (KCVI) was a secondary school in Kingston, Ontario, Canada. Founded in 1792 by Reverend John Stuart based upon a grant for secondary education in the colony of Upper Canada, it moved to its location at 235 Frontenac Street in 1892. It is considered the oldest public secondary school in Ontario and the second oldest in Canada.. 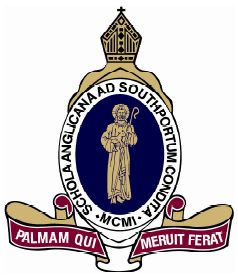 The Southport School (TSS) is an independent Anglican early learning, primary and secondary day and boarding school for boys, located in Southport, a suburb on the Gold Coast of Queensland, Australia. 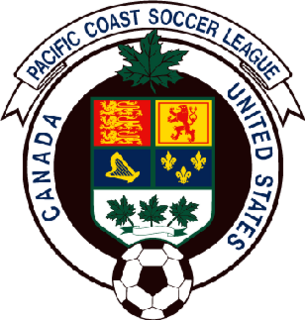 Pinetree Secondary School is a high school in School District 43 Coquitlam. It is located in Coquitlam, British Columbia across from Lafarge Lake, Town Centre Park and next to the David Lam Campus of Douglas College, Pinetree shares several facilities with the Coquitlam Parks and Leisure Services and Douglas College, namely the gymnasium and outdoor fields. Current Prime Minister Justin Trudeau was briefly a substitute teacher at the school in 1998.

Earl Marriott Secondary (EMS) is a public high school in the Vancouver suburb of Surrey, British Columbia, Canada and is part of School District 36 Surrey. It is referred to as the 'Home of the Mariners'. It is located on the edge of city limits, on 16 Avenue. Along with Lord Tweedsmuir Secondary School, it was, until the beginning of the 2017/2018 school year, one of the subjects of a proposal by the school district to increase school hours to cope with the overpopulation.

Mayfield Secondary School is located in Caledon, Ontario, Canada. It is one of two Regional Arts Schools in the Peel District School Board.

Bethlehem Catholic High School, more commonly referred to as Becahi or just Beca, is a parochial high school, located in Bethlehem, Pennsylvania, in the United States within the Diocese of Allentown. The school is located at 2133 Madison Avenue, in Bethlehem, in the Lehigh Valley region of the state.

Milton District High School(MDHS) is a public secondary school located in Milton, Ontario, Canada. MDHS, which is commonly referred to as M.D. by locals, is part of the Halton District School Board, and educates approximately 1050 students.

Abbey Park High School, commonly referred to as APHS, is a secondary school located in the town of Oakville, Ontario in the Greater Toronto Area. Abbey Park High School was opened at its present location in the wake of the closure of Queen Elizabeth Park High School, which was previously operating at its Bridge Road location, in Bronte. Abbey Park has more resources available to its students than other schools in the region because it inherited Queen Elizabeth Park's resources when it was closed. This allowed for the initial opening budget to be spent on new equipment. Students have open access to a weight room, home economics kitchen, library, and track. Abbey Park High School is also situated beside the Glen Abbey Community Centre, which houses the Glen Abbey branch of the Oakville Public Library.

St. Thomas Aquinas or STA is a catholic secondary school in Brampton, Ontario. It has an arts program consisting of drama, dance, vocals, instrumental music and visual arts. It is one of two secondary schools with an arts program under Dufferin-Peel Catholic District School Board including St. Roch Catholic Secondary School. Another art school which is public and located in Brampton is Mayfield Secondary School. As of November, 1, 2016 St. Thomas Aquinas had 2800 students registered in the school.

Magnolia High School is a public high school in New Martinsville, West Virginia, United States. It is one of four high schools in the Wetzel County School District. Athletic teams compete as the Magnolia Blue Eagles in the West Virginia Secondary School Activities Commission as a member of the Ohio Valley Athletic Conference.

Larkyn Austman is a former competitive Canadian figure skater. She is the 2017 International Challenge Cup bronze medalist and the 2018 Canadian national bronze medalist.