In the 2014 inspection, Ofsted described the school:

The school is larger than the average secondary school and serves the eastern side of Norwich and the adjacent rural communities.

In 2008 OFSTED reported that Year 11 pupils were at a higher level than expected. They also said that the pupils were welcoming and polite. [2] 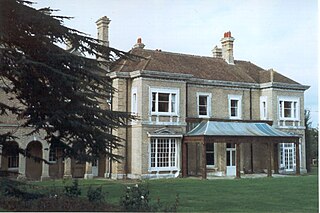 West Heath School is an independent school in Sevenoaks, Kent. It caters for children for whom mainstream schooling has become insufficient, for varying reasons. The school's motto is "Rebuilding Lives Through Education."

Acland Burghley School is a mixed comprehensive secondary school in the Tufnell Park area of the London Borough of Camden, in London, England. The school received specialist status as an Arts College in 2000 and is a part of the LaSWAP Sixth Form Consortium.

Long Stratton High School is a secondary school located in the town of Long Stratton in the English county of Norfolk. It educates children from ages 11 to 16 and has around 650 pupils at any one time. The school has a specialism in teaching Mathematics and ICT.

King Edward VII Academy is a large, mixed comprehensive secondary school in Gaywood Road (A148), King's Lynn, Norfolk, England with around 1,300 pupils, including about 300 in sixth form education. Prior to the school year beginning in September 1979, KES was an all-boys state grammar school.

The E-ACT Burnham Park Academy was a co-educational academy in Burnham, Buckinghamshire, England until it closed in 2019 due to falling pupil numbers. It. A small part of the campus is located in neighbouring Slough, Berkshire. The academy was sponsored by E-ACT, and had approximately 235 pupils.

Westcliff High School for Girls, also known by its initialism WHSG, is a selective grammar school and academy for girls in Southend-on-Sea, Essex and surrounding areas. It teaches students from the age of 11 through to 18 years old, and admission to the school is dependent upon their performance in selective 11+ tests set by the Consortium of Selective Schools in Essex (CSSE).

Elgar Technology College was a secondary school in Worcester, Worcestershire, England, that was formed in 1983 and closed in 2009. It was a co-educational community school with an enrollment of about 860 students aged from 11 to 16. Elgar held Specialist Technology College status. 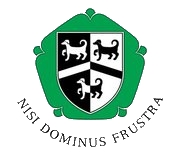 Thomas Alleyne's High School (TAHS) is a coeducational upper school and sixth form located in Uttoxeter, Staffordshire, England. It is one of three schools founded in 1558 from the will of Thomas Alleyne. It has four different coloured houses: Elkes (Red), Orme (Green), Torrance (Blue) and Whitmore (Yellow). The school celebrated its 450th anniversary in 2008.

Shoeburyness High School is a secondary academy school in Southend-on-Sea, Essex. It caters for male and female students aged 10 ½ to 19. The school is larger than the average sized secondary academy, it had 1480 students on roll in 2013, 240 of which were on roll in the sixth form.