Those Kids from Town

Those Kids from Town is a 1942 British, black-and-white, comedy-drama propaganda film war film, directed by Lance Comfort and starring George Cole, Harry Fowler, Percy Marmont, Ronald Shiner as Mr. Bert Burns and Charles Victor as Harry, the Vicar. [1] It was produced by Richard Vernon and presented by British National Films and Anglo-American Film Corporation. The film is adapted for the screen, by Adrian Alington, from his own, topical novel These Our Strangers, dealing with the experiences of a group of wartime evacuee children from London, sent to safety in a rural village, and their interaction with the host community. Of the juvenile actors involved, Fowler (making his screen debut here aged 15) and Cole (then 16) would go on to very successful adult careers, while Angela Glynne and Stanley Escane had more modest careers for the next decade or so.

On the outbreak of the Second World War, a group of six children from the East End of London are evacuated to the village of Payling Green. The boisterous pair Charlie and Ern are lodged with the local vicar and proceed to torment, mock and terrorise his sensitive and delicate son. They then get involved in petty-thieving and vandalism, before being taken under the protective wing of a local female novelist with progressive social views.

Sisters Liz and Maud are placed with a pair of old-fashioned and stern spinster sisters and chafe under the constrictions of the discipline imposed on them. They become increasingly unhappy until they are taken in by the local Earl, who discovers Liz's singing talent and proposes to sponsor her to train professionally. Liz's parents are called to visit and her father at first bridles at the interference of a member of the gentry in his daughter's life, before being brought round to the view that her talent should be nurtured.

No print of Those Kids from Town is known to survive and it is currently classified as "missing, believed lost". Contemporary reviews commended the film for exploring a timely subject which had not previously been tackled on screen, and gave it a generally sympathetic reception. However comments suggest that rather than aiming for a documentary-realism feel, Comfort fell back on an uneasy mixture of obvious pathos and broad comedy. Kine Weekly said it had "some good moments and a certain amount of child psychology, but it hardly presents a good case for evacuation". The Daily Film Renter labelled it "commendable popular entertainment", while Cinema praised "sympathetic direction...(which) cleverly sets wartime atmosphere and..a convincing picture of reactions of parents, children and hosts", but felt the film faltered badly in its later stages by "resorting to frank slapstick". Another trade reviewer complimented the film as a whole, but felt that it "made no attempt to solve the problems with any profound searchings" and its overall tone was "more burlesque than life". [2]

Betty Gleadle, known by the stage name Liz Smith, was an English character actress, known for her roles in BBC sitcoms, including as Annie Brandon in I Didn't Know You Cared (1975–1979), the sisters Bette and Belle in 2point4 Children (1991–1999), Letitia Cropley in The Vicar of Dibley (1994–1996) and Norma Speakman ("Nana") in The Royle Family. She also played Zillah in Lark Rise to Candleford (2008) and won the BAFTA Award for Best Actress in a Supporting Role for the 1984 film A Private Function. 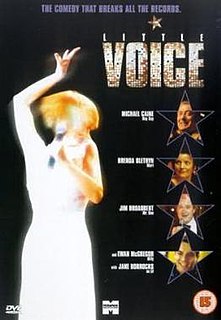 Little Voice is a 1998 British musical film written and directed by Mark Herman and made in Scarborough, North Yorkshire.

Keeping Mum is a 2005 British black comedy/drama film co written and directed by Niall Johnson and starring Rowan Atkinson, Kristin Scott Thomas, Maggie Smith and Patrick Swayze. It was produced by Isle of Man Film, Azure Films and Tusk Productions, and was released in the United Kingdom on 2 December 2005, by Summit Entertainment. 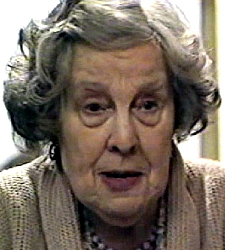 Lou Beale is a fictional character from the BBC soap opera EastEnders, played by Anna Wing. Her first appearance is in the first episode, which was broadcast on 19 February 1985, and her last is in episode 362, which was first shown on 26 July 1988, when the character was killed off. The character is played by Karen Meagher in the 1988 EastEnders special, CivvyStreet, set during the Second World War. She appears in 232 episodes. 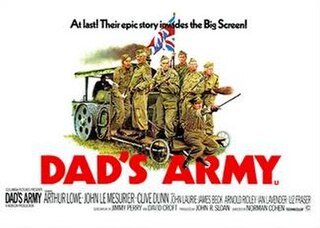 Dad's Army is a 1971 British war comedy film and the first film adaptation of the BBC television sitcom Dad's Army. Directed by Norman Cohen, it was filmed between series three and four and was based upon material from the early episodes of the television series. The film tells the story of the Home Guard platoon's formation and their subsequent endeavours at a training exercise. 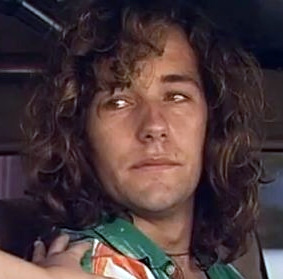 Lance Smart is a fictional character from the Australian Channel Seven soap opera Home and Away, played by Peter Vroom. Vroom appeared from the pilot episode as one of the serial's original characters. Lance is characterised a "slow witted" larrikin and those around him see him as a "joke". Lance forms an on-screen partnership with Martin Dibble and their characters were subsequently used as the serial's comedy characters. Both Vroom and Thomson said that their characters did not provide a realistic representation of young people as the production team often censored their dialogue. Lance also has an over-protective mother Colleen Smart with whom he had to contend with. His main romantic relationship is with Marilyn Chambers and the pair became engaged. Their romance was short lived as Lance decided against marrying her. Lance and Martin were named as the "thickest characters ever to grace soapland" in the Daily Record.

Evacuation is a children's reality television series presented by Matt Baker which was broadcast on CBBC between September 2006 and February 2008 where six boys and six girls from across the United Kingdom experienced living as evacuees in World War II. 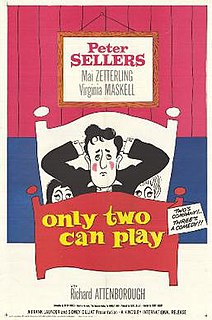 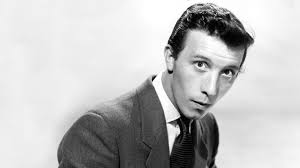 Henry James Fowler, MBE was an English actor in film and television. Over a career lasting more than sixty years, he made nearly 200 appearances on screen.

The Green Man is a 1956 British black comedy film based on the play Meet a Body by Frank Launder and Sidney Gilliat, who produced and adapted the big-screen version. 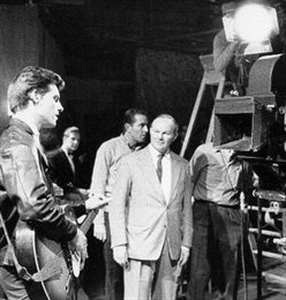 Lance Comfort was an English film director and producer born in Harrow, London. 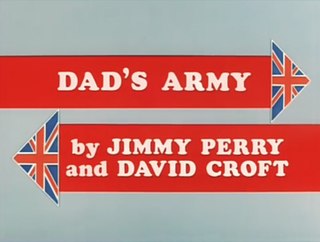 Old Mother Riley Detective is a 1943 British comedy film directed by Lance Comfort and starring Arthur Lucan, Kitty McShane and Hal Gordon. It was part of the long running Old Mother Riley series. Old Mother Riley investigates the disappearance of food during the war, a serious crime because of rationing.

Dad's Army is a 2016 British war comedy film, based on the BBC television sitcom Dad's Army. Directed by Oliver Parker, set in 1944, after the events depicted in the television series. Catherine Zeta-Jones plays an elegant German spy, posing as a journalist, reporting on the Walmington-on-Sea Home Guard platoon.

"Cold Comfort" is the fourth episode of the second series of the British dark comedy anthology television programme Inside No. 9. The episode, which was written and directed by Steve Pemberton and Reece Shearsmith, was first broadcast on 16 April 2015 on BBC Two. Most of "Cold Comfort" is composed of a stream from a fixed camera on the desk of Andy, the protagonist, with smaller pictures on the side of the screen, in the style of a CCTV feed. "Cold Comfort" was filmed over two and a half days in Twickenham, and was, like "A Quiet Night In" from Inside No. 9's first series, highly experimental. It was Pemberton and Shearsmith's directorial debut.