Joseph Kollins Reyes (born March 28, 1985), known professionally as Thou Reyes, is a Filipino actor and model.

John Paulo Quiambao Prats is a Filipino comedian, actor, dancer, TV host, director, model and entrepreneur. He started as a child star in year 1992. He is the older brother of actress and former child-star Camille Prats. He was also a former member of the band, JCS.

Jodi Chrissie Garcia Sta. Maria is a Filipino actress. Sta. Maria was recognized as one of the most sought-after actresses in the entertainment industry.

Jessy Mendiola-Manzano is a Filipino actress.

Maricar Reyes-Poon, is a Filipino actress.

Giorgio Pietro Verano Alvarez, better known as Gio Alvarez, is a Filipino actor in movies and television shows. He was an original member of Ang TV, a youth-oriented variety show in the Philippines. 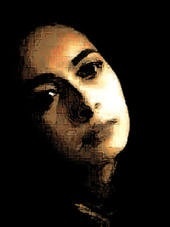 Juan Carlos "Arjo" Campo Atayde is a Filipino actor and politician who has served as the representative for Quezon City's 1st district since 2022. He is best known for his appearances on drama series aired on ABS-CBN, as well as his critically acclaimed role as Benjo in the web series Bagman. A member of the Nacionalista Party, Atayde was first elected to Congress as an independent in the 2022 general elections, where he unseated incumbent representative Onyx Crisologo.

Danielle Claudine Ortega Garcia-Crawford, known professionally as Coleen Garcia, is a Filipino actress, host, and model. Garcia started her career as a child and teenager appearing in several commercials. She was eventually signed by Star Magic, where she has starred in several television series and films produced by ABS-CBN. From 2012 to 2016, she co-hosted the channel's noontime variety show It's Showtime, which she had left to focus solely on her acting career. Garcia's lead roles include the films Ex with Benefits (2015), Love Me Tomorrow (2016), and Sin Island (2018), as well as the teleseryesPasión de Amor (2015–2016) and Ikaw Lang ang Iibigin (2017–2018). 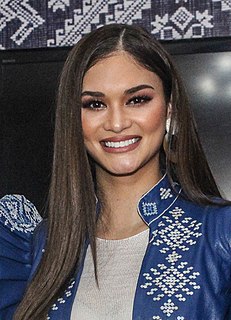 Pia Alonzo Wurtzbach, formerly known professionally as Pia Romero, is a Filipino model, actress and beauty queen who is known for being crowned Miss Universe 2015.

Jeremiah Jordan Romano Lisbo, is a Filipino actor, singer and model. He is most known for appearing in a number of Star Cinema's produced films, including Four Sisters Before the Wedding (2020), Love or Money (2021), He's Into Her (2021), and Love at First Stream (2021).

Bea Alonzo is a Filipino actress who made her screen debut in the 2002 teen series K2BU. At the age of 15, she had her breakthrough role as a lawyer in the drama series Kay Tagal Kang Hinintay (2002), for which she received her first Star Awards for Best Actress nomination. The following year, Alonzo made her film debut in the romantic comedy My First Romance alongside John Lloyd Cruz. She co-starred with Cruz in a string of releases, including the romantic dramas Now That I Have You (2004), All About Love (2006), and Close to You (2006). They both had starring roles in the television series It Might Be You (2003), Ikaw ang Lahat sa Akin (2005), and Maging Sino Ka Man (2006). She then played Jinkee Pacquiao opposite Jericho Rosales in the Joel Lamangan-directed biographical drama Pacquiao: The Movie (2006).