Three Cornered Moon is a 1933 American pre-Code comedy film directed by Elliott Nugent, written by Ray Harris and S.K. Lauren, and starring Claudette Colbert, Richard Arlen, Mary Boland, and Wallace Ford. Based on a 1933 play by Gertrude Tonkonogy Friedberg, the film reached No. 9 in the National Board of Review Awards top-10 films in 1933. [1] [2] Film critic Leonard Maltin identifies it as one of the "25 Vintage Movies You Really Shouldn't Miss".

Difficulties overtake a well-to-do family in New York when they lose all their money in the Great Crash of 1929. 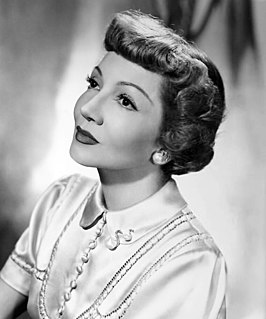 Claudette Colbert was an American actress. 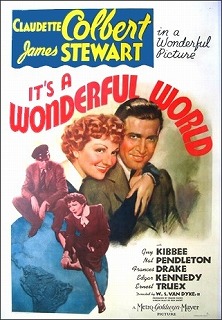 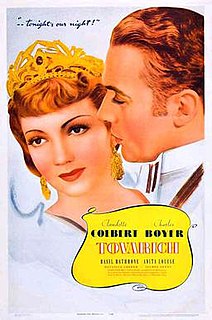 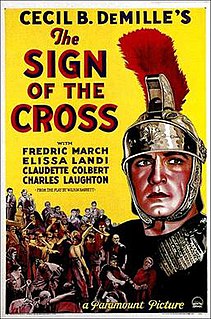 The Sign of the Cross is a 1932 American pre-Code epic film produced and directed by Cecil B. DeMille and released by Paramount Pictures. Based on the original 1895 play by English playwright Wilson Barrett, the screenplay was written by Waldemar Young and Sidney Buchman. It stars Fredric March, Elissa Landi, Claudette Colbert, and Charles Laughton, with Ian Keith and Arthur Hohl. 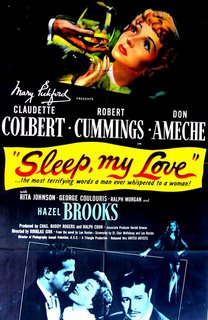 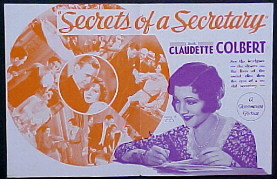 Secrets of a Secretary is a 1931 American pre-Code drama film directed by George Abbott, and starring Claudette Colbert and Herbert Marshall. The film was stage actress Mary Boland's first role in a talkie.

No Time for Love is a 1943 American romantic comedy film produced and directed by Mitchell Leisen and starring Claudette Colbert and Fred MacMurray. Written by Claude Binyon, Robert Lees, and Frederic I. Rinaldo, the film is about a sophisticated female photographer assigned to photograph the tough "sandhog" construction workers at a tunnel project site. After saving one of the sandhogs from a fatal accident, she becomes attracted to this cocky well-built man they call Superman. Unsettled by her feelings, she hires the man as her assistant, believing that her attraction to him will diminish if she spends time with him. Their time together, however, leads to feelings of love, and she struggles to overcome her haughtiness and make her true feelings known.

Manslaughter is a 1930 American pre-Code drama film directed by George Abbott, and starring Claudette Colbert and Fredric March. An original print of the film is saved in the UCLA Film and Television Archive. This film is a sound remake of Cecil B. DeMille's 1922 silent classic Manslaughter. Paramount also released a French-language version of this 1930 film as The Indictment, directed by Dimitri Buchowetzki. 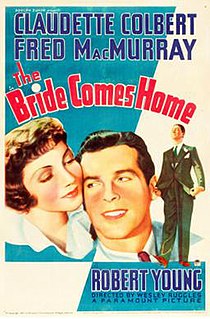 The Bride Comes Home is a 1935 comedy film made by Paramount Pictures, directed by Wesley Ruggles, and starring Claudette Colbert, Fred MacMurray and Robert Young. It was written by Claude Binyon and Elisabeth Sanxay Holding. 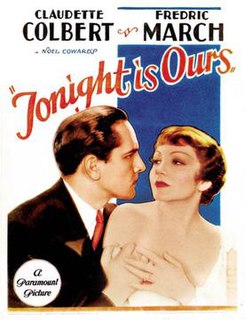 Tonight Is Ours is a 1933 American Pre-Code drama film directed by Stuart Walker and starring Claudette Colbert, Fredric March and Alison Skipworth. Made by Paramount Pictures, it is based on the play The Queen Was in the Parlour by Noël Coward. 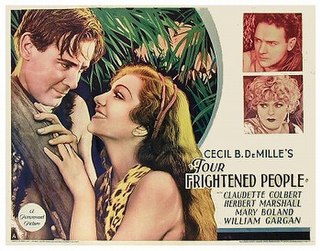 Four Frightened People is a 1934 American Pre-Code adventure film directed by Cecil B. DeMille and starring Claudette Colbert, Herbert Marshall, Mary Boland, and William Gargan. It is based on the 1931 novel by E. Arnot Robertson. 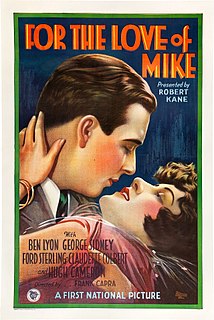 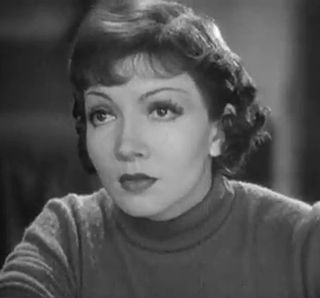 Claudette Colbert (1903–1996) was an American actress who won the Academy Award for Best Actress in It Happened One Night (1934). Born Émilie Claudette Chauchoin, she had early passions for a career in fashion design. Although she is more generally remembered for her film work, Colbert's show business career began on stage, and theatrical work remained part of her professional life for six decades. It was her friend, Anne Morrison, an aspiring playwright, who nudged her towards the acting profession. She chose the professional name of Claudette Colbert, using a family name three generations removed on her father's side.

Gertrude Tonkonogy Friedberg was an American playwright and writer.

A Son Comes Home is a 1936 American drama film directed by E.A. Dupont and starring Mary Boland, Julie Haydon and Donald Woods. It was one of three films made by Dupont for Paramount Pictures.