The Three-Day Novel Contest is an annual Canadian literary contest conducted in September of each year. [1] The contest, which is open to writers from anywhere in the world, gives entrants three days to write a novel. Writers are permitted to plan and outline their novel in advance, but the actual writing cannot begin until the contest's opening date, which is traditionally on Labour Day weekend. [2]

The entries are then judged by a panel, which announces its winning selection early in the following year, and the winning novel is published by a Canadian independent publisher.

The contest began in a Vancouver bar in 1977, where a handful of writers sat around bragging about their literary prowess. The tough-talk eventually led to a challenge: Go home and write an entire novel in three days. None of them managed to produce a book that first year, but the next Labour Day weekend the challenge was thrown down again, to an even larger group. The challenge was repeated the following year—and this time it produced a novel worth publishing: Dr. Tin by Toronto playwright Tom Walmsley. From that point forward, a small publishing house named Arsenal Pulp Press ran the contest, took it international, and published one winner every year.

In the late 1980s, Arsenal Pulp passed the torch to Anvil Press, which, 15 years later, passed it on to another small press. That publisher folded the same year, which seemed to mean the end of the contest. But a couple of fans of the Three-Day Novel agreed to rescue it; they put in hundreds of volunteer hours to set it up and manage it as an independent organization, which they maintained for nine years. In 2013, they passed on management of the contest to the Geist Foundation and the job of publishing the winning novel to Anvil Press.

In 2006, the Three-Day Novel Contest became the subject of a reality television program under the auspices of BookTelevision, a Canadian specialty channel produced by CHUM Limited. Twelve writers lived and worked in Chapters Southpoint, a bookstore in Edmonton, Alberta, composing novels before bemused customers and a national audience. [3]

About five to six hundred writers enter the contest every year, about two-thirds of whom manage to complete and submit a novel. To date, the contest has had two repeat winners: Bradley Harris, a writer from Memphis, Tennessee, won in 1998 with Ruby Ruby and again in 2012 with Thorazine Beach, while Shannon Mullally was co-winner with Meghan Austin in 2004 for Love Block and won as a solo writer in 2017 for The Second Detective.

One winning novel, Marc Diamond's Momentum, was also a shortlisted finalist for the Books in Canada First Novel Award. [4]

The Hopwood Awards are a major scholarship program at the University of Michigan, founded by Avery Hopwood.

Writers of the Future (WOTF) is a science fiction and fantasy story contest that was established by L. Ron Hubbard in the early 1980s. A sister contest, Illustrators of the Future, presents awards for science fiction art. Hubbard characterized the contest as a way of "giving back" to the field that had defined his professional writing life. The contest has no entry fee and is the highest-paying contest for amateur science-fiction and fantasy writers. Notable past winners of WOTF include Stephen Baxter, Karen Joy Fowler, James Alan Gardner, Nina Kiriki Hoffman, Jay Lake, Michael H. Payne, Patrick Rothfuss, Robert Reed, Dean Wesley Smith, Sean Williams, Dave Wolverton, Nancy Farmer, and David Zindell. The winning stories are published in the yearly anthology L. Ron Hubbard Presents Writers of Future. The contest enjoys a favorable reputation in the science fiction community, although its connection with the Church of Scientology has caused some controversy.

The Bulwer-Lytton Fiction Contest (BLFC) is a tongue-in-cheek contest, held annually and sponsored by the English Department of San Jose State University in San Jose, California. Entrants are invited "to compose the opening sentence to the worst of all possible novels" – that is, one which is deliberately bad.

Dave Wolverton is a science fiction author who also goes under the pseudonym David Farland for his fantasy works. He lives in St. George, Utah with his wife and five children and is best known for his Runelords series.

The Yale Series of Younger Poets is an annual event of Yale University Press aiming to publish the debut collection of a promising American poet. Established in 1918, the Younger Poets Prize is the longest-running annual literary award in the United States.

Shannon Hale is an American author primarily of young adult fantasy, including the Newbery Honor book Princess Academy and The Goose Girl. Her first novel for adults, Austenland, was adapted into a film in 2013. She is a graduate of the University of Utah and the University of Montana. She has also co-written with her husband, Dean.

James Bradley is an Australian novelist and critic. Born in Adelaide, South Australia, he trained as a lawyer before becoming a writer.

Jessica Rowley Pell Bird Blakemore is a #1 New York Times bestselling American novelist. Under her maiden name, Jessica Bird, she writes contemporary romance novels, and as J.R. Ward, she writes paranormal romance. She is a three-time winner of the Romance Writers of America RITA Award, once as Bird for Best Short Contemporary Romance for From the First, once as Ward for Best Paranormal Romance for Lover Revealed’, and once for 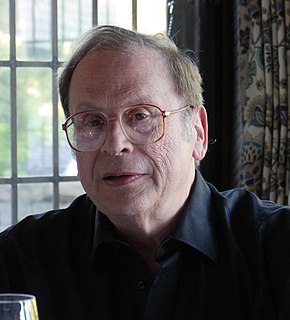 Keith Maillard is a Canadian-American novelist, poet, and professor of creative writing at the University of British Columbia. He moved to Canada in 1970 and became a Canadian citizen in 1976.

Dan Willis is an author of young adult and other fantasy novels in the Dragonlance series created by Margaret Weis and Tracy Hickman. He lives in Utah.

Michael Peter Scott is an Irish writer of science fiction, fantasy, horror and, under the name Anna Dillon, romance novels. He is also a collector and editor of folklore.

Tom Walmsley is a Canadian playwright, novelist, poet and screenwriter.

Smith Magazine is a U.S.-based online magazine devoted to storytelling in all its forms. Smith's content is participatory in nature, and the magazine welcomes contributions from all its readers. The magazine has made a name for itself with its original graphic novel projects Shooting War, A.D.: New Orleans After the Deluge, and Next Door Neighbor; and with its series of Six-Word Memoirs projects. Most of these projects have since gone from web to print publication, from such publishers as HarperCollins, Pantheon, and Grand Central Publishing.

The Angela James Bowl was introduced in 2007-08 to recognize the top points scorer in the newly formed Canadian Women's Hockey League. The trophy was donated in order to help preserve the statistical history of the new league and to help tell the story of women's hockey at the club level. The trophy was named in honour of Angela James, a former women's hockey standout who played in the old Central Ontario Women’s Hockey League and National Women's Hockey League. On March 22, 2008, Ms. James was on hand at the first CWHL Final to present the Angela James Bowl to CWHL's first scoring champion, Jennifer Botterill.

Daniel Allen Cox is a Canadian author and screenwriter. Cox's novels Shuck and Krakow Melt were both finalists for the Lambda Literary Award and the ReLit Award. 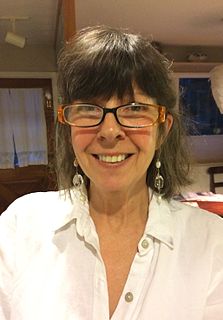 Jacqueline Jill Robinson is a Canadian writer, editor and teacher. She is the author of a novel and four collections of short stories. Her fiction and creative nonfiction have appeared in a wide variety of magazines and literary journals including Geist, the Antigonish Review, Event, Prairie Fire and the Windsor Review. Her novel, More In Anger, published in 2012, tells the stories of three generations of mothers and daughters who bear the emotional scars of loveless marriages, corrosive anger and misogyny.

Kayt Burgess is a Canadian writer, who won the Three-Day Novel Contest in 2011 for her debut novel Heidegger Stairwell. Published by Arsenal Pulp Press in 2012, the novel was subsequently a shortlisted nominee for the 2013 ReLit Award in the fiction category. She was also a finalist in the 2012 Three-Day Novel Contest, but did not win, for the not-yet-published novel Fauvel.