"Three-Five-Zero-Zero" is an anti-war song, from the 1967 musical Hair , consisting of a montage of words and phrases similar to those of the 1966 Allen Ginsberg poem "Wichita Vortex Sutra". In the song, the phrases are combined to create images of the violence of military combat and suffering of the Vietnam War. In its first line, for instance, "Ripped open by metal explosion" is followed by "Caught in barbed wire/Fireball/Bullet shock". [1]

The song begins with a slow, somber catalogue of violent images of death and dying, but its tone changes, as it becomes a manic dance number satirizing the American military's media attempts to gain support for the war by celebrating Vietnamese casualty statistics. [2] At this point, the lyric begins a repeated refrain, "prisoners in Niggertown / it's a dirty little war", [1] echoing Ginsberg's lines:

The war is over now —

Except for the souls

The cryptic line from the song that gives the song its title restates the line of the poem that attributes the phrase "Viet Cong losses leveling up three five zero zero per month" to General Maxwell Taylor and/or Robert McNamara in what it calls "Front page testimony February '66". [3] [2] 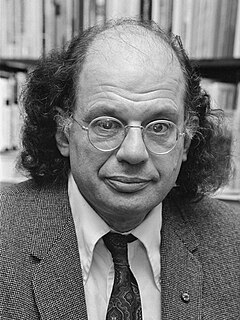 Irwin Allen Ginsberg was an American poet and writer. As a student at Columbia University in the 1940s, he began friendships with William S. Burroughs and Jack Kerouac, forming the core of the Beat Generation. He vigorously opposed militarism, economic materialism, and sexual repression, and he embodied various aspects of this counterculture with his views on drugs, hostility to bureaucracy, and openness to Eastern religions.

Hair: The American Tribal Love-Rock Musical is a rock musical with a book and lyrics by Gerome Ragni and James Rado and music by Galt MacDermot. The work reflects the creators' observations of the hippie counterculture and sexual revolution of the late 1960s, and several of its songs became anthems of the anti-Vietnam War peace movement. The musical's profanity, its depiction of the use of illegal drugs, its treatment of sexuality, its irreverence for the American flag, and its nude scene caused much comment and controversy. The musical broke new ground in musical theatre by defining the genre of "rock musical", using a racially integrated cast, and inviting the audience onstage for a "Be-In" finale.

"Hadda be Playin' on the Jukebox" is a poem written by Allen Ginsberg in 1975. 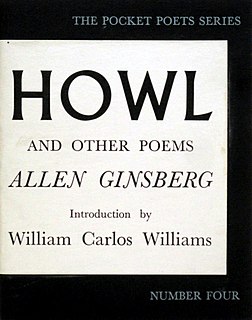 Ron Kurtenbach is a Lincoln, Nebraska Communist born January 6, 1943. A community activist, he is one of the original group which founded local Lincoln radio station KZUM and the local grocery co-op Open Harvest. He is also one of the group which founded the short-lived Lincoln Communist music venue, The Red and Black Café, in the early 1990s, a spin-off to another talk program he produced with ex-wife Sally Herrin, noted Lincoln author and teacher, and a number of others called "Zero Street". Many Lincoln bands, including Plastik Trumpet and Hour Slave played at the Red and Black. 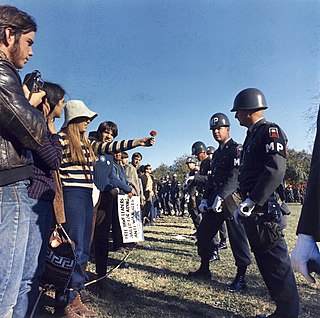 Flower power was a slogan used during the late 1960s and early 1970s as a symbol of passive resistance and nonviolence. It is rooted in the opposition movement to the Vietnam War. The expression was coined by the American Beat poet Allen Ginsberg in 1965 as a means to transform war protests into peaceful affirmative spectacles. Hippies embraced the symbolism by dressing in clothing with embroidered flowers and vibrant colors, wearing flowers in their hair, and distributing flowers to the public, becoming known as flower children. The term later became generalized as a modern reference to the hippie movement and the so-called counterculture of drugs, psychedelic music, psychedelic art and social permissiveness.

Gerome Ragni was an American actor, singer and songwriter, best known as co-writer of the 1967 musical Hair: The American Tribal Love-Rock Musical.

Hydrogen Jukebox is a chamber opera featuring the music of Philip Glass and the work of beat poet Allen Ginsberg. Its name is taken from a phrase coined by Ginsberg, from his poem Howl. 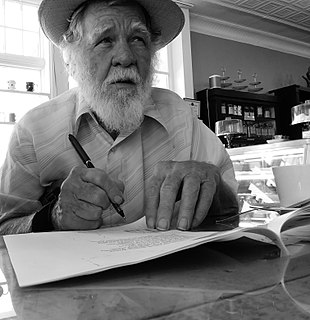 Charles Plymell is a poet, novelist, and small press publisher. Plymell has been published widely, collaborated with, and published many poets, writers, and artists, including principals of the Beat Generation. 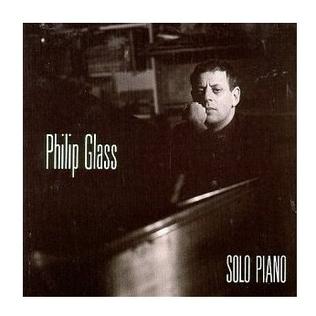 Solo Piano (1989) is an album of piano music composed and performed by Philip Glass. It was produced by Kurt Munkacsi. 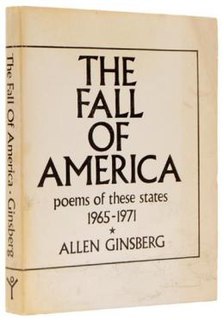 The Fall of America: Poems of These States, 1965–1971 is a collection of poetry by Allen Ginsberg, published by City Lights Bookstore in 1973, for which Ginsberg shared the annual U.S. National Book Award for Poetry. It is characterized by a prophetic tone inspired by William Blake and Walt Whitman, as well as an objective view characterized by William Carlos Williams. The content is more overtly political than most of his previous poetry with many of the poems about Ginsberg's condemnation of America's actions in Vietnam. Current events such as the Moon Landing and the 1968 Democratic National Convention, the death of Che Guevara, and personal events such as the death of Ginsberg's friend and former lover Neal Cassady are also topics. Many of the poems were initially composed on an Uher Tape recorder, purchased by Ginsberg with the help of Bob Dylan.

Howl and Other Poems is a collection of poetry by Allen Ginsberg published November 1, 1956. It contains Ginsberg's most famous poem, "Howl", which is considered to be one of the principal works of the Beat Generation as well as "A Supermarket in California", "Transcription of Organ Music", "Sunflower Sutra", "America", "In the Baggage Room at Greyhound", and some of his earlier works. For printing the collection, the publisher Lawrence Ferlinghetti, another well-known poet, was arrested and charged with obscenity. On October 3, 1957, Judge Clayton W. Horn found Ferlinghetti not guilty of the obscenity charge, and 5,000 more copies of the text were printed to meet the public demand, which had risen in response to the publicity surrounding the trial. "Howl and Other Poems" contains two of the most well-known poems from the Beat Generation, "Howl" and "A Supermarket in California", which have been reprinted in other collections, including the Norton Anthology of American Literature.

"Todesfuge" is a German language poem written by the Romanian-born poet Paul Celan probably around 1945 and first published in 1948. It is one of his best-known and often-anthologized poems. Despite critics claiming that the lyrical finesse and aesthetic of the poem did not do justice to the cruelty of the Holocaust, others regard the poem as one that "combines mysteriously compelling imagery with rhythmic variations and structural patterns that are both elusive and pronounced". At the same time it has been regarded as a "masterful description of horror and death in a concentration camp". Celan was born to a Jewish family in Cernauti, Romania ; his parents died in a camp during the Holocaust, and Celan himself was a prisoner for a time in a work camp. The poem has reached international relevance by being considered to be one of the most important poems of the post-war period and the most relevant example of Trümmerliteratur.

"The War Is Over" is an anti-war song by Phil Ochs, an American protest singer in the 1960s and early 1970s, who is known for being a harsh critic of the war in Vietnam and the American military-industrial establishment. The song, which was originally released on Tape from California (1968), has been described as "one of the most potent antiwar songs of the 1960s".

"Wichita Vortex Sutra" is an anti-war poem by Allen Ginsberg, written in 1966. It appears in his collection Planet News and has also been published in Collected Poems 1947-1995 and Collected Poems 1947-1980. The poem presents Ginsberg as speaker, focusing on his condemnation of the Vietnam War. It features imagery of the war and America's Heartland interspersed with news reports and cultural references. It is also written in Ginsberg's distinctive Whitman-like long-prose style.

Viet Rock is a rock musical by Megan Terry that served as inspiration to the musical Hair. A violent denunciation of the American involvement in the Vietnam War, the play was described by its author as a "folk war movie" comprising scenes of disillusionment and protest to the American military presence in Southeast Asia. Viet Rock is widely considered to be the first rock musical written and performed in the United States, as well as the first protest play about Vietnam. Its premiere also marks the first major theatre production in the United States in which actors left the stage to interact directly with the audience. 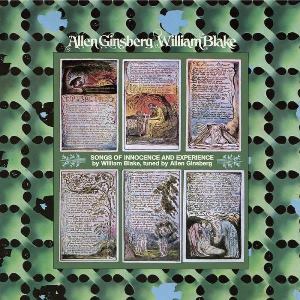 "September on Jessore Road" is a poem by American poet and activist Allen Ginsberg, inspired by the plight of the East Bengali refugees from the 1971 Bangladesh Liberation War. Ginsberg wrote it after visiting the refugee camps along the Jessore Road in what was then West Bengal in India. The poem documents the sickness and squalor he witnessed there and attacks the United States government's indifference to the humanitarian crisis. It was first published in The New York Times on November 14, 1971. Further to topical songs by George Harrison and Joan Baez, the poem helped ensure that the Bangladesh crisis became a key issue for the youth protest movement around the world.