Three-Sixty Pacific is an American video game publisher and developer. Founded in the late 1980s by avid wargamers and military history enthusiasts. They were acquired by IntraCorp Entertainment Inc. in 1994. [1]

They have developed the most popular naval game ever (according to MobyGames) called Harpoon (1989) (a masterpiece based on Larry Bond's tabletop wargame that was inducted into Computer Gaming 150 Best Games of All Time and is still regarded today as the best naval simulation ever produced), Harpoon 2 (1992), and Harpoon 3. They also made the ever popular Theatre of War (1992), which is considered one of the first multiplayer RTS games of all time.

They developed a World War II naval strategy game called "Victory at Sea" (1993) which was a Mac (only?) computer game.

They published the game Dark Castle in 1987 and Armor Alley in 1990, both for the Macintosh computer.

Three-Sixty faced financial difficulties in late 1993. Computer Gaming World in February 1994 reported that Broderbund had agreed to become the company's distributor, and had advanced funds to complete Harpoon II and Victory at Sea. [2]

High Command was a runner-up for Computer Gaming World's 1993 "Wargame of the Year" award, which ultimately went to Clash of Steel . The editors wrote of High Command, "A refinement of the previously released game, this strategic tour de force by Gregg Carter and Joey Nonnast offers more hard data than the previous incarnation and a more comprehensive economic model. This is the wargame of choice for those who want a detailed, realistic simulation." [3]

Gary Grigsby is a computer wargame designer and programmer. In 1997, he was described as "one of the founding fathers of strategy war games for the PC."

Harpoon is a series of realistic air and naval computer wargames based upon Larry Bond's miniatures game of the same name. Players can choose between either the Blue or Red side in simulated naval combat situations, which includes local conflicts as well as simulated Cold War confrontations between the Superpowers. Missions range from small missile boat engagements to large oceanic battles, with dozens of vessels and hundreds of aircraft. The game includes large databases containing many types of real world ships, submarines, aircraft, and land defenses. 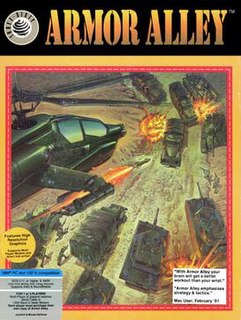 Armor Alley is a computer game for MS-DOS and Mac OS. Its gameplay is modelled on the Apple II game Rescue Raiders. Player can compete against the computer or other humans in a LAN environment. The game supports cooperative multiplayer of up to two players per side. The player controls a helicopter armed with a limited number of munitions, such as missiles, bombs, machine guns, and napalm. As the player requisitions computer-controlled tanks, infantry, engineers. Mobile missile platforms, and vans round out available firepower.

Matrix Games is a publisher of PC games, specifically strategy games and wargames. They are based out of Epsom, Surrey (UK) with subsidiary offices in Arlington, Vermont, Milan, Italy and Edmonton, Alberta. Matrix Games/Slitherine also own and financially support the online game reviewing publication Wargamer.

Wolfpack is a World War II submarine simulator published by Brøderbund in the 1990s, for Amiga, Atari ST, MS-DOS, and Macintosh. It simulates combat actions between wolf packs of German U-boats and convoys of Allied destroyers and merchant vessels in the Battle of the Atlantic. 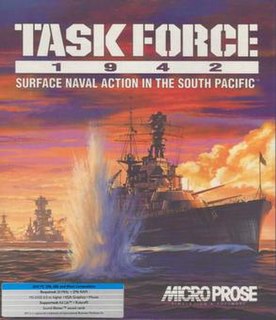 Task Force 1942: Surface Naval Action in the South Pacific is a DOS PC game, released by MPS Labs (MicroProse) in 1992.

V for Victory, or V4V for short, is a series of turn-based strategy games set during World War II. They were the first releases for Atomic Games who went on to have a long career in the wargame industry. 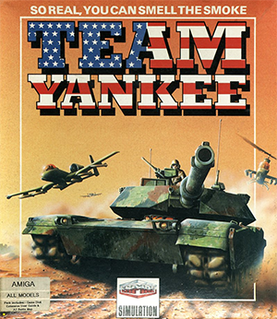 Great Naval Battles is a series of computer games by Strategic Simulations which simulate combat between naval vessels. It consist of five separate games, four of which depict various phases of World War II. Each game combines a wider view of the action on a fleet scale, as well as controls for individual ships. SSI covered similar themes in another naval game, Fighting Steel, which was released afterwards, in 1999.

Gary Grigsby's Pacific War is a 1992 strategy wargame released by Strategic Simulations, Inc.. It covers World War II in the Pacific between the Japanese Empire and the Allies, which include the United States, the British Empire, the Netherlands, Australia, New Zealand, Canada, the Philippines, and China. The main map of the game stretches from north of the Aleutians to southern New Zealand and Australia, and from the eastern coast of India to the West Coast of North America. It includes aircraft carrier operations, amphibious assaults, surface bombardments/engagements, strategic bombing, kamikazes, and the submarine war against naval and merchant shipping.

Megafortress is a flight simulation video game developed by Artech Digital Entertainment and released by Three-Sixty Pacific Inc in 1991. The game takes place in the late 1980s and early 1990s and features three distinct sets of missions: Red Flag (USAF) training exercises at Nellis Air Force Base in Nevada, a fictional series of missions during the First Gulf War, and a special mission which reenacts the plot of the novel Flight of the Old Dog. 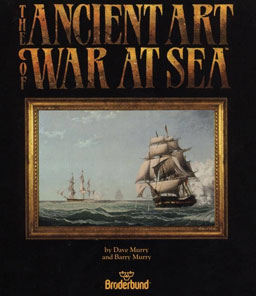 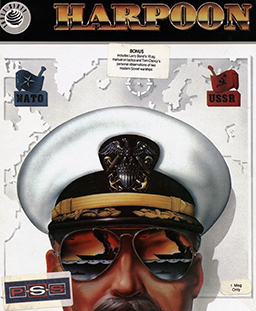 Harpoon is a computer wargame published by Three-Sixty Pacific in 1989 for MS-DOS. This was the first game in the Harpoon series. It was ported to the Amiga and Macintosh.

V for Victory: D-Day Utah Beach is a turn-based strategy wargame for the Macintosh and MS-DOS developed by Atomic Games in 1991 and distributed by Three-Sixty Pacific. It was widely lauded and repeatedly reviewed as the best wargame of its era. Its success led to three further games in the V for Victory series, and then the similar World at War series published by Avalon Hill.

Carriers at War is a computer game series developed by Strategic Studies Group. 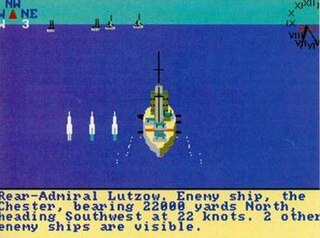 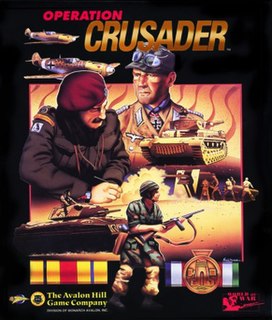 Operation Crusader is a 1994 computer wargame developed by Atomic Games and published by Avalon Hill.

The Cardinal of the Kremlin is a 1991 video game based on the Tom Clancy novel of the same name. It was developed by Capstone Software and published by IntraCorp for Amiga and DOS.