Three Rivers School District is a public school district that serves the Illinois Valley, Hidden Valley and North Valley regions of Jackson and Josephine counties in the U.S. state of Oregon, including parts of the city of Grants Pass, the city of Cave Junction, and the communities of Applegate, Williams and Wolf Creek. 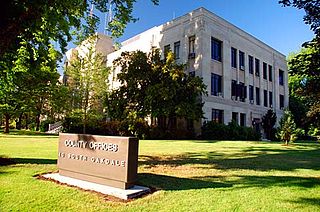 Jackson County is a county in the U.S. state of Oregon. As of the 2010 census, the population was 203,206. The county seat is Medford. The county is named for Andrew Jackson, the seventh president of the United States. 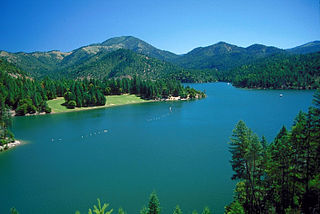 The Applegate River is a 51-mile (82 km)-long tributary of the Rogue River in the U.S. state of Oregon. It drains approximately 698 square miles (1,810 km2). Rising in northern California, it soon crosses the border and flows northeast then northwest to meet the Rogue about 6 miles (9.7 km) west of Grants Pass. It drains forested foothills of the Siskiyou Mountains along the Oregon–California border. 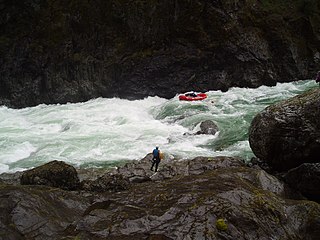 The Illinois River is a tributary, about 56 miles (90 km) long, of the Rogue River in the U.S. state of Oregon. It drains part of the Klamath Mountains in northern California and southwestern Oregon. The river's main stem begins at the confluence of its east and west forks near Cave Junction in southern Josephine County. Its drainage basin includes Sucker Creek, which rises in the Red Buttes Wilderness, near Whiskey Peak on the California state line. The main stem flows generally northwest in a winding course past Kerby and through the Siskiyou National Forest and Kalmiopsis Wilderness. It joins the Rogue River from the south at Agness on the Curry–Josephine county line, 27 miles (43 km) from the Pacific Ocean. 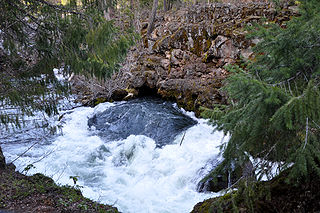 The Rogue River in southwestern Oregon in the United States flows about 215 miles (346 km) in a generally westward direction from the Cascade Range to the Pacific Ocean. Known for its salmon runs, whitewater rafting, and rugged scenery, it was one of the original eight rivers named in the Wild and Scenic Rivers Act of 1968. Beginning near Crater Lake, which occupies the caldera left by the explosive volcanic eruption of Mount Mazama, the river flows through the geologically young High Cascades and the older Western Cascades, another volcanic province. Further west, the river passes through multiple exotic terranes of the more ancient Klamath Mountains. In the Kalmiopsis Wilderness section of the Rogue basin are some of the world's best examples of rocks that form the Earth's mantle. Near the mouth of the river, the only dinosaur fragments ever discovered in Oregon were found in the Otter Point Formation, along the coast of Curry County.

In the 2009 school year, the district had 298 students classified as homeless by the Department of Education, or 5.5% of students in the district. [2]

North Clackamas School District (NC12) serves more than 40 square miles and is located 7 miles from downtown Portland. Included are the incorporated cities of Milwaukie, Happy Valley, and Johnson City, parts of Damascus, and the neighborhoods of Oak Grove, Concord, Clackamas, Sunnyside, Mount Scott, Southgate, and Carver. The North Clackamas School District 12 spends $8,053 per pupil in current expenditures. The district spends 59% on instruction, 38% on support services, and 4% on other elementary and secondary expenditures.

Eugene School District (4J) is a public school district in the U.S. state of Oregon. It is one of two school districts that serve the city of Eugene.

The Reynolds School District is a school district in the U.S. state of Oregon and serves the cities of Fairview, Wood Village and Troutdale, as well as parts of Portland and Gresham, with an enrollment of 10,411 students. 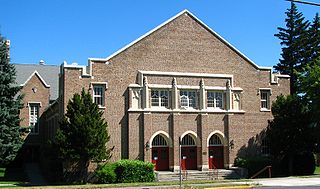 Williams is an unincorporated community and census-designated place (CDP) in Josephine County, Oregon, United States. As of the 2010 census it had a population of 1,072.

The West Linn-Wilsonville School District (3J) is a school district that serves 42 square miles south west of metropolitan Portland, Oregon. In addition to the cities of West Linn and Wilsonville, the district's boundaries encompass unincorporated areas of southwestern Clackamas County, including the hamlet of Stafford. A small portion of the city of Tualatin is also within the district's boundaries.

The Corvallis School District (509J) is a school district serving an area of about 190 square miles including the city of Corvallis, Oregon and Adair Village along with large portions of unincorporated Benton County. As of 2016, the district had about 6,600 students at two high schools, two middle schools, eight elementary schools, and one alternative school. The two high schools are Corvallis High School and Crescent Valley High School.

The Oregon City School District is a school district that serves the city of Oregon City, Oregon and some unincorporated areas of southwestern Clackamas County, including the hamlet of Beavercreek and the community of Jennings Lodge, which is physically separated from the rest of the district by the Gladstone School District.

Molalla River School District is a public school district serving Molalla, Oregon, United States, and the surrounding area of Clackamas County, including the communities of Clarkes, Mulino and Rural Dell. It is named after the Molalla River.

Triangle Lake School is a K-12 public school in Blachly, Oregon, United States. It is the only school in the Blachly School District. In 2006 the school earned an "exceptional" rating from the Oregon Department of Education at all levels: elementary, middle school and high school. In April 2010, the Triangle Lake School Board of Directors voted to accept the proposal of the Triangle Lake Charter School Committee to make the school a charter school. From the 2010-11 school year, it has been Triangle Lake Charter School. The school has 14 students to every teacher, five students fewer than the state average. 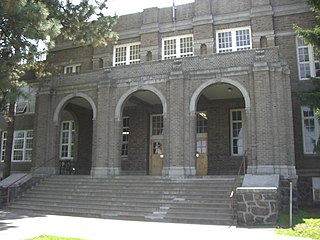 Bend-La Pine Schools is a school district in the U.S. state of Oregon that serves the cities of Bend and La Pine in Central Oregon and the surrounding area, including Sunriver. The district has an enrollment of more than 18,000 students, and is the fifth largest in the state as of 2016.