Last updated February 01, 2020
Not to be confused with Thrifty Drug.

Thrift Drug was a U.S. pharmacy chain founded in 1935 and based in Pittsburgh, Pennsylvania. [1]

The company was purchased by JCPenney in 1968, and was expanded greatly thereafter, serving as the flagship chain of JCPenney's pharmacy group. The chain did not hide its affiliation with JCPenney, as it had JCPenney catalog merchandise pickup centers inside many of its locations, as well as signs advertising "JCPenney Catalog Center". Stores also accepted the JCPenney credit card for purchases.[ citation needed ]

In 1996, JCPenney purchased Eckerd, another pharmacy chain. The U.S. Federal Trade Commission (FTC) objected to the purchase on antitrust grounds, stating that ownership of Eckerd would give JCPenney a dominant position in the drug store business in the states of North Carolina and South Carolina through its ownership of Thrift Drug, Rite Aids in the Carolinas, and Eckerd. The FTC ultimately approved the transaction, but as a condition of approval, in 1997 JCPenney and Thrift were required to divest 14 Thrift drug stores in Charlotte and 20 Thrift stores in Raleigh-Durham, as well as all 110 Rite Aid locations in the state of North Carolina and that chain's 17 locations in Charleston. [2] [3] As a result, JCPenney divested 164 stores in the Carolinas. The divested stores were purchased by an investment group led by former Thrift Drug executives who left JCPenney after the Eckerd transaction. These stores became the Kerr Drug chain, using the name of a former Carolinas chain acquired by JCPenney in 1995. [4]

After acquiring Eckerd, in 1997 JCPenney merged Thrift Drug and all other pharmacy chains into the larger Eckerd chain (now CVS Pharmacy and Rite Aid). [5]

One enduring legacy of Thrift Drug was in the 1977 movie Slap Shot , when a Thrift Drug located in downtown Johnstown, Pennsylvania was shown in the background during a shot of downtown Charlestown (the town that Johnstown portrayed in the film), alongside other now-defunct retailers such as Woolworth (which still exists today as Foot Locker but closed their namesake chain in 1997) and competitor Revco (which was later acquired by CVS Pharmacy). Also shown was a location of Thrift Drug's nominal successor (through Eckerd) and fellow Pennsylvania pharmacy, Rite Aid. Due to Rite Aid's connection to Thrift Drug through Eckerd, Rite Aid, as well as CVS which also purchased many Eckerd stores, accept JCPenney credit cards despite having otherwise had no corporate affiliation with JCPenney. 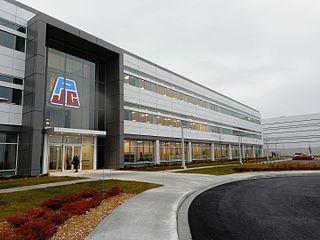 The Jean Coutu Group (PJC) Inc. is a Canadian drugstore chain headquartered in Varennes, Quebec. Since 2017, the main distribution warehouse is located in Varennes, Quebec, though there is also a large distribution warehouse in Hawkesbury, Ontario since 2005. It has more than 400 franchised locations in New Brunswick, Ontario and Quebec under the PJC Jean Coutu, PJC Clinique, and PJC Santé banners. The company was once the third largest distributor and retailer of pharmaceuticals and related products in North America, with nearly 2,200 drug stores. Its American stores have been sold to Rite Aid.

CVS Pharmacy is a subsidiary of the American retail and health care company CVS Health, headquartered in Woonsocket, Rhode Island. It was also known as, and originally named, the Consumer Value Store and was founded in Lowell, Massachusetts, in 1963. The chain was owned by its original holding company Melville Corporation since its inception until its current parent company was spun off into its own company in 1996. CVS Pharmacy is currently the largest pharmacy chain in the United States by number of locations and total prescription revenue. Its parent company ranks as the 7th largest U.S. corporation by FY2017 revenues in the Fortune 500. The parent company of CVS Pharmacy's leading competitor (Walgreens) ranked 19th for the same time period.

Walgreen Company or simply Walgreens is an American company that operates as the second-largest pharmacy store chain in the United States behind CVS Health. It specializes in filling prescriptions, health and wellness products, health information, and photo services. As of August 31, 2019, the company operated 9,277 stores in all 50 states, the District of Columbia, Puerto Rico and the U.S. Virgin Islands. It was founded in Chicago, Illinois, in 1901. The Walgreens headquarters office is in the Chicago suburb of Deerfield, Illinois.

Eckerd Corporation was an American drug store chain that was headquartered in Largo, Florida, and toward the end of its life, in Warwick/Woonsocket, Rhode Island.

Genovese Drug Stores was a pharmacy chain located in the New York City-Long Island area of the United States, including northern New Jersey, along with Fairfield County, Connecticut and Hartford County, Connecticut. It was acquired by Eckerd in 1998.

Revco Discount Drug Stores, once based in Twinsburg, Ohio, was a major drug store chain operating through the Ohio Valley, the Mid-Atlantic states, and the Southeastern United States. The chain's stock was traded on the New York Stock Exchange under the ticker symbol RXR. Revco was sold to CVS Pharmacy for $2.8 billion in February 1997. When it was sold, the chain had over 2,500 stores.

Melville Corporation, formerly based in Rye, New York, was a large retail holding company incorporated by Ward Melville in 1922 from Melville Shoe Company. It became CVS Corporation in 1996 under a massive reorganization plan. The company traded on the New York Stock Exchange (NYSE) under the ticker MES, before changing its ticker to CVS.

Hook's Drug Stores was an Indianapolis, Indiana-based drug store chain which was founded in 1900 by John A. Hook. The chain flourished throughout central Indiana for most of the 20th-century.

Longs Drugs is an American chain with approximately 70 drugstores throughout the state of Hawaii and formerly in the Continental US.

Treasure Island, formerly The Treasury, was a chain of discount stores owned by J.C. Penney. Through an acquisition of the General Merchandise Company in 1962, J.C. Penney entered the discount department store market by launching The Treasury.

Brooks Pharmacy was a chain of more than 330 pharmacies located throughout New England and New York and has been a well-recognized name in the New England pharmacy industry for several decades. The corporate headquarters were located in Warwick, Rhode Island. 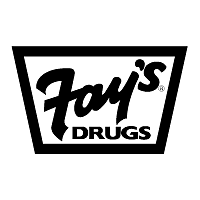 Fay's Drug was a chain of drug stores that was founded in 1958 in Fairmount, New York. At its height, Fay's Drugs operated its core business, along with Wheels Discount Auto and The Paper Cutter Books and Office and Party Supply.

Peoples Drug was a chain of drugstores based in Alexandria, Virginia, a suburb of Washington, D.C. Founded in 1905, Peoples was subsequently purchased by Lane Drug in 1975, Imasco in 1984, and finally by CVS in 1990, which continued to run the stores under the Peoples banner until 1994, at which time the stores were converted to CVS, marking the end of the use of the Peoples Drug name.

Arbor Drugs was a chain of drug stores based in Troy, Michigan.

CVS Health is an American healthcare company that owns CVS Pharmacy, a retail pharmacy chain, CVS Caremark, a pharmacy benefits manager, Aetna, a health insurance provider, among many other brands. The company's headquarter is in Woonsocket, Rhode Island.

Kerr Drug was an American chain of 76 drug stores throughout North Carolina. Its headquarters were located in Raleigh, North Carolina. On September 10, 2013, Walgreens announced its purchase of Kerr.