Throdkin is a traditional breakfast food of the Fylde, Lancashire, England. It consists of a dough of oatmeal and water pressed into a pie plate, topped with pieces of fat bacon, and baked. It was cut into wedges tart-style for serving.

The Fylde is a coastal plain in western Lancashire, England. It is roughly a 13-mile (20-kilometre) square-shaped peninsula, bounded by Morecambe Bay to the north, the Ribble estuary to the south, the Irish Sea to the west, and the Bowland hills to the east. The eastern boundary is approximately the location of the M6 motorway. 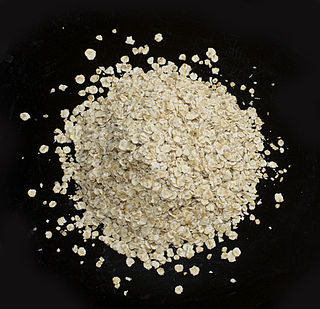 Oatmeal is a type of coarse flour made of hulled oat grains (groats) that have either been milled (ground), steel-cut, or rolled. Ground oats are also called "white oats". Steel-cut oats are known as "coarse oatmeal", "Irish oatmeal" or "pinhead oats". Rolled oats can be either thick or thin, and may be categorized as "old-fashioned", "quick", or "instant", depending on the cooking time, which is shortened by the size of the oats, precooking, and sometimes the addition of enzymes.

It is listed, with an earliest instance in 1837, by Joseph Wright in his 1905 The English Dialect Dictionary. [1] 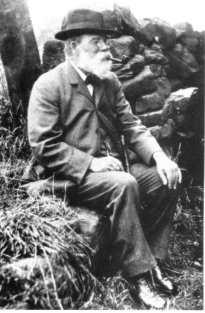 Joseph Wright FBA was an English philologist who rose from humble origins to become Professor of Comparative Philology at Oxford University.

The English Dialect Dictionary (EDD) is a dictionary of English dialects, compiled by Joseph Wright (1855–1930).

There is a sweet variety from Blackpool which incorporates currants. 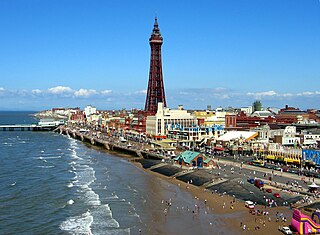 Blackpool is a town and seaside resort on the Lancashire coast in North West England. The town is on the Irish Sea, between the Ribble and Wyre estuaries, 15 miles (24 km) northwest of Preston, 27 miles (43 km) north of Liverpool, 28 miles (45 km) northwest of Bolton and 40 miles (64 km) northwest of Manchester. It had an estimated population of 139,720 at the 2011 Census, making it the most populous town in Lancashire.

Zante currants, Corinth raisins, or Corinthian raisins, also called simply currants, are dried berries of the small, sweet, seedless grape cultivar 'Black Corinth'. The name comes from the Anglo-French phrase "raisins de Corinthe" and the Ionian island of Zakynthos (Zante), which was once the major producer and exporter. It is not related to black, red or white currants, which are berries of shrubs in the genus Ribes and not usually prepared in dried form. 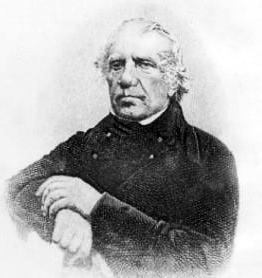 Samuel Bamford, was an English radical reformer and writer born in Middleton, Lancashire. He wrote in and on the subject of northern English dialect.

The Yorkshire dialect is an English dialect of Northern England spoken in the English county of Yorkshire. The dialect has roots in older languages such as Old English and Old Norse. The Yorkshire Dialect Society exists to promote use of the dialect in both humour and in serious linguistics; there is also an East Riding Dialect Society. 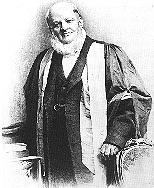 Alexander John Ellis, was an English mathematician, philologist and early phonetician, who also influenced the field of musicology. He changed his name from his father's name Sharpe to his mother's maiden name Ellis in 1825, as a condition of receiving significant financial support from a relative on his mother's side. He is buried in Kensal Green Cemetery, London. 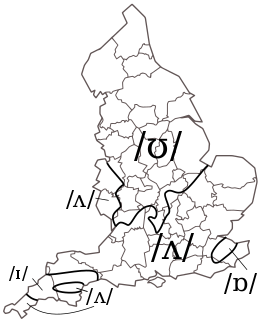 The English language in Northern England has been shaped by the region's history of settlement and migration, and today encompasses a group of related dialects known as Northern England English. Historically, the strongest influence on the varieties of the English language spoken in Northern England was the Northumbrian dialect of Old English, but contact with Old Norse during the Viking Age and with Irish English following the Great Famine have produced new and distinctive styles of speech. Some "Northern" traits can be found further south than others: only conservative Northumbrian dialects retain the pre-Great Vowel Shift pronunciation of words such as town, but all northern accents lack the FOOT–STRUT split, and this trait extends a significant distance into the Midlands.

In English phonology, t-glottalization or t-glottaling is a sound change in certain English dialects and accents that causes the phoneme to be pronounced as the glottal stop (listen) in certain positions. It is never universal, especially in careful speech, and it most often alternates with other allophones of such as [t] (help·info),, ,, or. 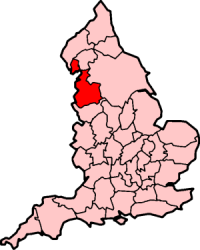 The Lancashire dialect and accent (Lanky) refers to the Northern English vernacular speech of the English county of Lancashire. Simon Elmes' book Talking for Britain said that Lancashire dialect is now much less common than it once was, but it is not quite extinct, still spoken by the older population. The British Census has never recorded regional dialects. Until 1974, the county encompassed areas that are now parts of Greater Manchester, Merseyside, Cumbria and Cheshire, so the accents found in those areas are also covered by this article. The historic dialects have received some academic interest, most notably the two-part A grammar of the dialect of the Bolton area by Graham Shorrocks, which was said by its publisher to "constitute the fullest grammar of an English dialect published to date".

Chowbent Chapel is an active Unitarian place of worship in Atherton, Greater Manchester, England. It was built in 1721 and is the oldest place of worship in the town. It is a member of the General Assembly of Unitarian and Free Christian Churches, the umbrella organisation for British Unitarians. The chapel was granted Grade II* Listed status in 1966.

Bagley & Wright was a spinning, doubling and weaving company based in Oldham, Lancashire, England. The business, which was active from 1867 until 1924, 'caught the wave' of the cotton-boom that existed following the end of the American Civil War in 1865 and experienced rapid growth in the United Kingdom and abroad.

Mancunian is the accent and dialect spoken in the majority of Greater Manchester, North West England, and its environs. It is also given to the name of the people who live in these areas. 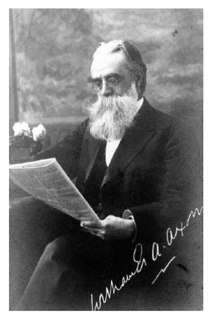 Black pudding is a type of blood sausage originating in the United Kingdom and Ireland. It is made from pork blood, with pork fat or beef suet, and a cereal, usually oatmeal, oat groats or barley groats. The high proportion of cereal, along with the use of certain herbs such as pennyroyal, serves to distinguish black pudding from blood sausages eaten in other parts of the world.

Thomas Thompson (1880–1951) was a Lancashire writer and broadcaster, whose work generally appeared under the name of T. Thompson. He lived all his life in Bury, an industrial town some ten miles north of Manchester.

Alexander Ireland (1810–1894) was a Scottish journalist, man of letters, and bibliophile, notable as a biographer of Ralph Waldo Emerson as well as a friend of Emerson and other literary celebrities, including Leigh Hunt and Thomas Carlyle, and the geologist and scientific speculator Robert Chambers. His own most popular book was The Book-Lover's Enchiridion, published under a pseudonym in 1882.