"Through the Tunnel" is a short story written by British author Doris Lessing, originally published in the American weekly magazine The New Yorker in 1955.

Jerry, a young English boy, and his widowed mother are vacationing at a beach they have come to many times in years past. Though the beach’s exact location is not given, it is obviously in a foreign country. Each tries to please the other and not to impose too many demands. The mother is “determined to be neither possessive nor lacking in devotion,” and Jerry, in turn, acts from an “unfailing impulse of contrition — a sort of chivalry.”

On the second morning, Jerry mentions that he would like to explore a “wild and rocky bay” which he glimpsed from the path. He wanted to act grown-up and not constantly travel with his mother. His conscientious mother sends him on his way with what she hopes is a casual air, and Jerry leaves behind the crowded “safe beach” where he has always played. A strong swimmer, Jerry plunges in and goes so far out that he can see his mother only as a small yellow speck on the other beach.

Looking back to shore, Jerry sees some boys strip off their clothes and go running down to the rocks, and he swims toward them but keeps his distance. The boys are “of that coast; all of them were burned smooth dark brown and speaking a language he did not understand. To be with them, of them was a craving that filled his whole body.” He watches the boys, who are older and bigger than he is, until finally one waves at him and Jerry swims eagerly over. As soon as they realize he is a foreigner, though, they forget about him, but he is happy just to be among them.

Jerry joins them in diving off a high point into the water for a while, and then the biggest boy dives in and does not come up. “One moment, the morning seemed full of chattering boys; the next, the air and the surface of the water were empty. But through the heavy blue, dark shapes could be seen moving and groping.” Jerry dives down, too, and sees a “black wall of rock looming at him.” When the boys come up one by one on the other side of the rock, he “understood that they had swum through some gap or hole in it. . . . [However] he could see nothing through the stinging salt water but the blank rock.” Jerry feels failure and shame, yelling at them first in English and then in nonsensical French, the “pleading grin on his face like a scar that he could never remove.”

The boys dive into the water all around him, and he panics when they do not come back to the surface. Only when he has mentally counted to 160 does he admit that they are gone for sure. Believing they are leaving to get away from him, he “cries himself out.”

He spends the next several days contemplating swimming through the rock tunnel himself, and he practices holding his breath underwater. After one round of practice, his nose bleeds so badly that he becomes dizzy and nauseated, and he worries that the same might happen in the tunnel, that he really might die there, trapped. He resolves to wait until the day before he leaves when his mother says they will be gone in four days, but an impulse overtakes him two days beforehand, and he feels that he must make his attempt immediately — now or never. “He was trembling with fear that he would not go; and he was trembling with horror at the long, long tunnel under the rock, under the sea.”

Once inside the tunnel he begins counting, swimming cautiously, feeling both victory and panic. “He must go on into the blackness ahead, or he would drown. His head was swelling, his lungs cracking. . . . He was no longer quite conscious.” Even when he surfaces, he fears “he would sink now and drown; he could not swim the few feet back to the rock.”

In "Through the Tunnel", the literal passage through the rock tunnel becomes a coming-of-age passage for Jerry. Having accomplished his challenge, he returns to his mother's company, satisfied and confident of the future. He does not feel it necessary to tell his mother of the monumental obstacle that he has overcome. 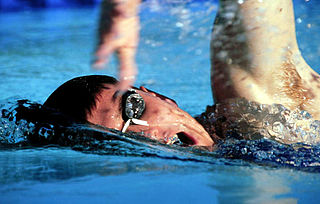 Swimming is the self-propulsion of a person through water, or other liquid, usually for recreation, sport, exercise, or survival. Locomotion is achieved through coordinated movement of the limbs and the body to achieve hydrodynamic thrust which results in directional motion. Humans can hold their breath underwater and undertake rudimentary locomotive swimming within weeks of birth, as a survival response. 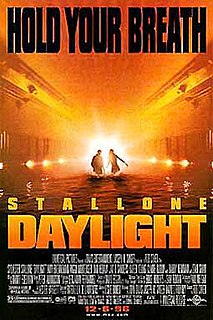 The Blue Hole is a diving location on the southeast Sinai, a few kilometres north of Dahab, Egypt on the coast of the Red Sea.

December Boys is a 2007 Australian drama film directed by Rod Hardy and written by Marc Rosenberg and adapted from the 1963 novel of the same name by Michael Noonan. It was released on 14 September 2007 in the United Kingdom and the United States and 20 September 2007 in Australia. The film follows four orphan boys who compete to be adopted by a family. 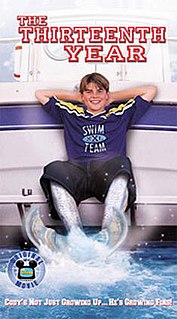 The Thirteenth Year is a 1999 comedy-drama Disney Channel Original Movie (DCOM) directed by Duwayne Dunham and starring Chez Starbuck and Courtnee Draper. It premiered on Disney Channel on May 15, 1999.

The Jersey Shore shark attacks of 1916 were a series of shark attacks along the coast of New Jersey, in the United States, between July 1 and 12, 1916, in which four people were killed and one injured. The incidents occurred during a deadly summer heat wave and polio epidemic in the United States that drove thousands of people to the seaside resorts of the Jersey Shore. Since 1916, scholars have debated which shark species was responsible and the number of animals involved, with the great white shark and the bull shark most frequently cited. 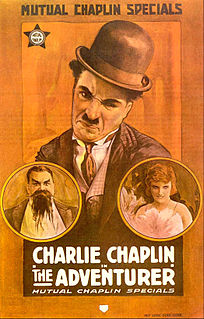 The Adventurer is an American short comedy film made in 1917 written and directed by Charlie Chaplin, and is the last of the twelve films made under contract for the Mutual Film Corporation. 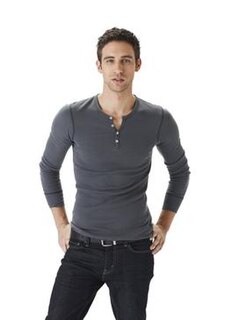 Nick Fallon is a fictional character on the American soap opera Days of Our Lives. The role was played by Blake Berris from November 7, 2006, to January 15, 2009. In May 2012, it was announced that Berris would return to the series. He returned on August 27, 2012. His final air date was May 12, 2014, when the character was killed in a whodunit murder mystery. In 2021, Berris reprised the role in a guest appearance on the soap and in Days of Our Lives: A Very Salem Christmas. 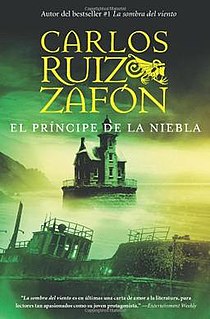 The Prince of Mist is a 1993 mystery and horror young adult novel by Carlos Ruiz Zafón. It was initially published in Spanish by Editorial Planeta and later in an English translation by Lucia Graves by Little, Brown Books for Young Readers in 2010. The Prince of Mist was Zafón's first novel. 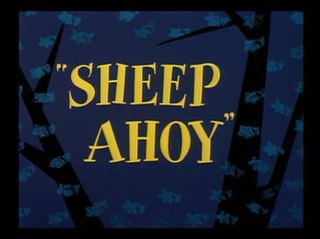 Sheep Ahoy is a 1954 Warner Bros. Merrie Melodies cartoon directed by Chuck Jones. The short was released on December 11, 1954, and stars Ralph Wolf and Sam Sheepdog. 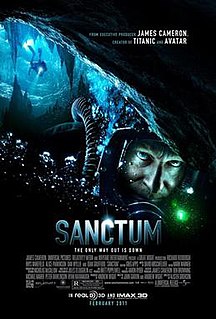 Chaser on the Rocks is a 1965 Warner Bros. Merrie Melodies theatrical animated short directed by Rudy Larriva. The short was released on December 25, 1965, and stars Wile E. Coyote and the Road Runner. The title is a pun on the phrase: "Water on the Rocks".

The Shell Shocked Egg is a 1948 Warner Bros. Merrie Melodies cartoon directed by Robert McKimson. The short was released on July 10, 1948. 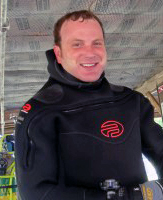 On August 20, 2010, Ben McDaniel, of Memphis, Tennessee, United States, was reported missing after employees in the dive shop at Vortex Spring, north of Ponce de Leon, Florida, noticed that his pickup truck had remained in the shop's parking lot for the previous two days. McDaniel, who had been diving regularly at the spring while living in his parents' nearby beach house, had last been seen by two of those employees on the evening of August 18, on a dive entering a cave 58 feet (18 m) below the water's surface. While he was initially believed to have drowned on that dive, and his parents still strongly believe his body is in an inaccessible reach of the extensive cave system, no trace of him has ever been found. The state of Florida issued his family a death certificate in 2013. 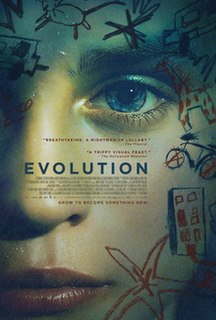 Evolution is a 2015 French horror-thriller film directed by Lucile Hadžihalilović. It was shown in the Vanguard section of the 2015 Toronto International Film Festival. 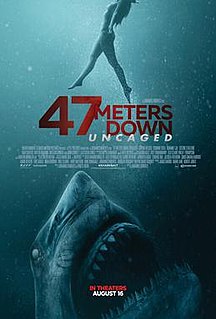 Open Water 3: Cage Dive is a 2017 Australian found footage survival horror film directed and written by Gerald Rascionato and released by Lionsgate as part of the Open Water film series, although the film is a stand-alone sequel and only connects to the other films in theme, not continuity. It follows a trio of Americans on vacation in Australia who are also filming an audition tape for an extreme reality TV show on a cage diving excursion. Before they know it, a rogue wave capsizes and sinks their boat leaving them stranded in the ocean. The film is presented as a mockumentary and perpetuated as true events; though most of the film is first person footage from the characters with time stamps throughout the film, in the vein of Paranormal Activity. The film bears similarities to another 2017 shark attack survival film featuring a cage dive excursion gone wrong, 47 Meters Down. The method of "cage dive disaster" in each film differs with Open Water 3: Cage Dive involving a rogue wave capsizing the boat while the former film sees a rusty winch break, trapping the protagonists underwater within the cage. The notable difference between these two films is that Cage Dive does not keep its protagonists within the cage, but rather leaves them in the open water among hungry sharks.

Black Water: Abyss is a 2020 Australian horror thriller film directed by Andrew Traucki. It is a standalone sequel to Black Water (2007). In the film, a group of friends venture in deep forests of Australia to explore a remote cave system. However, when a tropical storm hits and rising flood waters trap them deep below the surface, something even deadlier emerges from the darkness—a large killer crocodile. It was released on July 10, 2020.