Throw Me in the River

Throw Me in the River is the third studio album by Australian punk band The Smith Street Band. It was released on Poison City Records in October 2014.

The Smith Street Band are an Australian rock band from Melbourne, Victoria, in which the Smith Street of their name can be found. The band have released two EPs, South East Facing Wall (2010) and Don't Fuck with Our Dreams (2013) and four studio albums, No One Gets Lost Anymore (2011), Sunshine and Technology (2012), Throw Me in the River (2014) and More Scared Of You Than You Are Of Me (2017).

Poison City Records is an independent record label based in Melbourne, Victoria, founded in 2003. The label opened a physical store in 2008, at 400 Brunswick Street Fitzroy selling records and skateboards.

All music composed by The Smith Street Band. 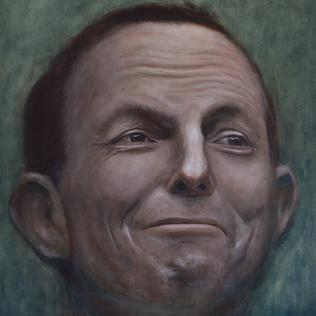 Wipe That Shit-Eating Grin Off Your Punchable Face is an EP by Australian punk rock band The Smith Street Band. 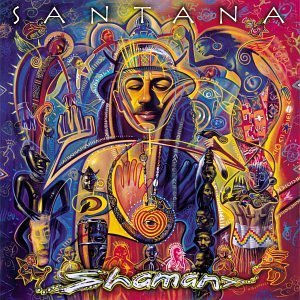 The Licks Tour was a worldwide concert tour undertaken by The Rolling Stones during 2002 and 2003, in support of their 40th anniversary compilation album Forty Licks. The tour grossed over $300 million, becoming the second highest grossing tour at that time, behind their own Voodoo Lounge Tour of 1994–1995. 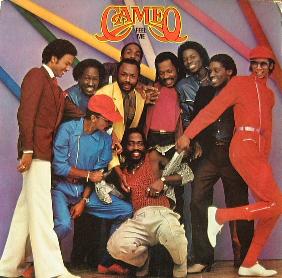 Feel Me is the sixth album by the funk/R&B band Cameo, released in 1980. 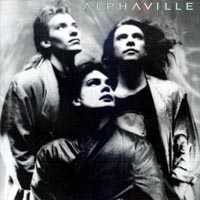 Afternoons in Utopia is the second album released by Alphaville in 1986, by Warner Music. The album was recorded between September 1985 and May 1986, and Alphaville employed no less than 27 guest musicians and singers to record the songs.

Under One Roof is the third live album by Australian rock group Hunters & Collectors, released on 11 November 1998. It was recorded on 13 March 1998 at one of the band's last performances of their Juggernaut Say Goodbye Tour at the Coogee Bay Hotel in Sydney. The group also issued a video album of the same name on VHS in 1998, which was directed by Victoria Garrett and Charlie Singer.

Demon Flower is the eighth studio album by Australian rock band, Hunters & Collectors and was released on 16 May 1994. It was co-produced by the band with Nick Mainsbridge, reaching No. 2 on the ARIA Albums Chart and was certified Gold by the Australian Recording Industry Association. It also peaked at No. 9 on the New Zealand Albums Chart.

Sun is an R&B, soul, disco, and funk band that was formed in the mid-1970s and recorded prolifically for Capitol Records from 1976 to 1984. The band was founded by Byron Byrd in Dayton, Ohio, in 1976. Additional members included Kym Yancey, Chris Jones, Gary King, John Wagner, Hollis Melson, and Shawn Sandridge.

The Smoke Ring was a rock band from Norfolk, Nebraska active in the 1960s. It was formed from two previous regionally popular rock and roll groups, Little Joe & the Ramrods and The Strollers. They had strong regional success but charted only one national hit, 1969's "No, Not Much". 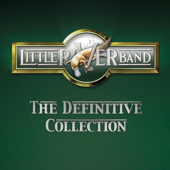 The Definitive Collection, originally released in Australia in 2002 and released in the U.S. in 2004 offers 13 of Little River Band's biggest hits among its 19 tracks, including Help Is on Its Way, "Happy Anniversary", "Reminiscing", "Lady", "Lonesome Loser", "The Night Owls", "Cool Change", "Take It Easy on Me" and "Man on Your Mind". While the 2000 expanded version of Greatest Hits has more actual charting American hits, including "I'll Always Call Your Name" and "You're Driving Me Out of My Mind", neither of which are here, this nevertheless has the great majority of LRB's best work. 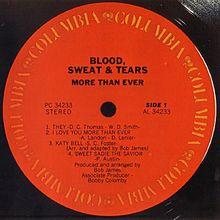 More Than Ever is an album by the band Blood, Sweat & Tears, released in July 1976. This was the band's ninth studio album and their last for Columbia Records. The album peaked at number 165 on the Billboard albums chart.

Chicago XXXIII: O Christmas Three is the twenty-second studio album, the second full album of Christmas songs, and thirty third overall by the American rock band, Chicago. The album was released on October 4, 2011. The collection includes a variety of holiday classics and a new tune, "Rockin' and Rollin' on Christmas Day", co-written by founding trumpet player Lee Loughnane.

Cities of the Heart is a Jack Bruce double CD release of sections of two live performances given on November 2nd and 3rd 1993 in Cologne, Germany, to celebrate Bruce's 50th birthday. They were recorded for the WDR "Rockpalast" TV show and a DVD of the shows, entitled Rockpalast: The 50th Birthday Concerts, was released by MIG Music in 2014.