"Thunder" is a song by American pop rock band Boys Like Girls. It was released on May 6, 2008 as the third and final single from their debut album Boys Like Girls (album).

This song was released as an acoustic version first, before it appeared on the band's first album, and over 2 years before the song's official single release. It impacted to radio on May 6, 2008. [2] The band first posted the radio remix of the song on their Myspace profile on March 11, 2008. It was the first song Boys Like Girls ever wrote which was written about Martin's high school sweetheart. Despite its poor performance in charts compared to their previous singles, it was certified Gold by RIAA the same week "Hero/Heroine" went Gold.

There are two versions of this song, one version where Johnson sings alone and another version where Donahue sings some lines and does some back up vocals.

The song is a playable track on the 2009 video game Lego Rock Band.

The song was included on the first soundtrack album of the series iCarly.

It was released on June 20, 2008 and premiered on FNMTV. The music video shows a group of friends, in which there are couples hanging out. The music video starts with the band playing, and then moves on to a group friends along with Boys Like Girls members going to a restaurant to eat and starts having a food fight, with intervals of the band playing. The friends then go a field, where they drink and laugh. The friends then start making a human pyramid, but fail. The couples start hanging out alone and making out. From this on, the band is shown playing in the rain. The friends are then shown going to a swimming pool and start swimming, with a couple making out underwater. They then run through a carpark and stand by the railings to see the sunrise. The couples are then making out again, and the music video ends with the band leaving their instruments.

The music video "Thunder" was filmed in Cerritos, California, a suburb in southeast Los Angeles county. The video was shot in many different locations throughout Cerritos, which include: the Tall Mouse Crafts store off South Street and Carmenita Road, Jack's Restaurant on Carmenita and South Street, Cerritos Park East Park/Rec Center off Ironbark Drive and 166th Street, Cerritos Park East Swim Center off 166th Street and Carmenita, and a commercial parking structure off Towne Center Drive and Park Plaza Drive near the Cerritos Towne Center and across the street from the Cerritos Millennium Library. They first started on YouTube and then came a big hit for teenagers.

The main location where the band is seen playing in the street is Droxford St. and Pinewood Circle, a cul-de-sac in Cerritos. 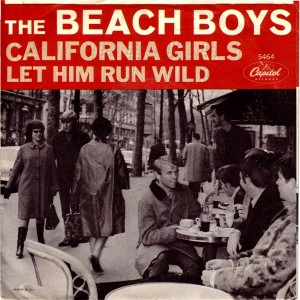 "California Girls" is a song by the American rock band the Beach Boys from their 1965 album Summer Days . Written by Brian Wilson and Mike Love, the lyrics describe an appreciation for the qualities of girls around the world and the narrator's "wish that they all could be" in his home state of California. It was released as a single, backed with "Let Him Run Wild", and reached number 3 on the Billboard Hot 100. It was also a top 10 hit in several other countries, becoming one of the band's most successful songs globally.

The Go! Team are an English six-piece band from Brighton, England. They combine indie rock and garage rock with a mixture of blaxploitation and Bollywood soundtracks, double Dutch chants, old school hip hop and distorted guitars. Their songs are a mix of live instrumentation and samples from various sources. The band's vocals vary between performances: while live vocals are handled mostly by Ninja, vocals on record also feature sampled and guest voices. 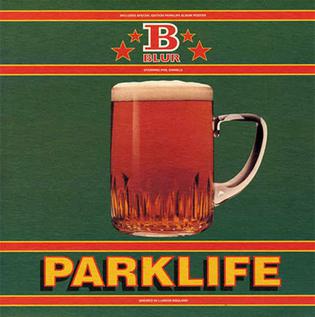 "Parklife" is the title track from Blur's 1994 album Parklife. When released as the album's third single, it reached number 10 on the UK Singles Chart and number 30 in Ireland. The song contains elements of spoken word in the verses, narrated by actor Phil Daniels, who also appears in the song's music video. The choruses are sung by lead singer Damon Albarn.

"In My Room" is a song written by Brian Wilson and Gary Usher for the American rock band The Beach Boys. It was released on their 1963 album Surfer Girl. It was also released as the B-side of the "Be True to Your School" single. The single peaked at number 23 in the U.S. and was eventually inducted into the Grammy Hall of Fame in 1999. "In My Room" was ranked number 212 on Rolling Stone's list of The 500 Greatest Songs of All Time. 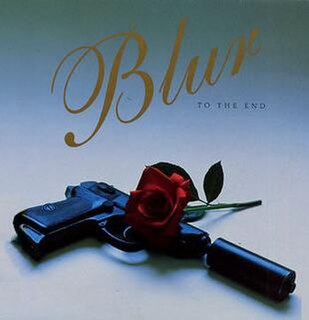 "To the End" is a song by English alternative rock band Blur. It appears on their third album, Parklife, and was released as single in May 1994. The song describes a couple unsuccessfully trying to overcome a bad patch in a relationship, and features full orchestral accompaniment with a choric refrain in French by Lætitia Sadier from Stereolab. The song was produced by Stephen Hague, unlike the rest of the Parklife album, which was produced by Stephen Street. Blur have produced several different recordings of the song. 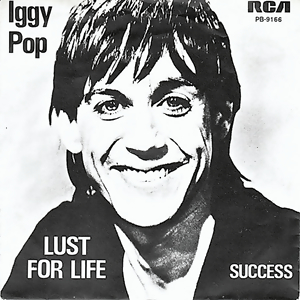 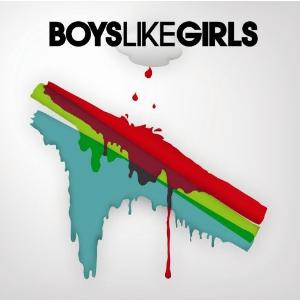 Boys Like Girls is the debut studio album by American pop rock band Boys Like Girls. It was released on August 22, 2006, by Columbia Records and Red Ink. The album garnered a mixed reception from critics. Boys Like Girls reached number 55 on the Billboard 200 and spawned three singles: "Hero/Heroine", "The Great Escape" and "Thunder". To promote the record, the band toured across North America and the UK as support for various pop-punk acts, with appearances at music festivals and amusement parks. 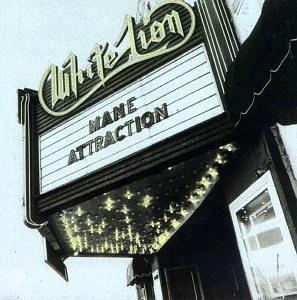 Mane Attraction is the fourth studio album by the hard rock band White Lion. It was released in 1991 by Atlantic Records, and reached No. 61 on the Billboard 200 and No. 31 in the UK. 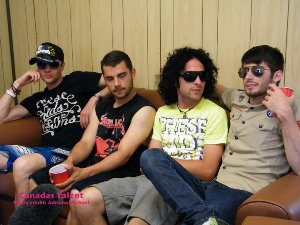 The Basics are an Australian band, formed by Wally De Backer and Kris Schroeder in 2002, later joined by Tim Heath. Their style has been described as anything from 'indie-pop' to 'rock'n'roll', though their records show they span a wide range of genres, including reggae, pop-rock, folk, country, and electro-pop. They are "recognised as one of Australia's hardest-working bands". 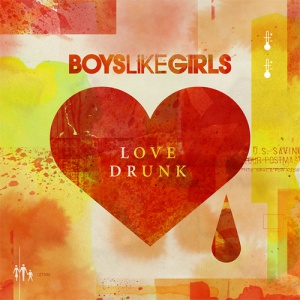 Love Drunk is the second studio album by American pop rock band Boys Like Girls. The album was recorded in New York City and Vancouver because there are "two different producers/production teams, two different environments, and two different styles of inspiration" stated by the band's frontman Martin Johnson. The album peaked at #8 on Billboard 200, making it the biggest hit for the band. Its lead single, the title track was released on July 7, 2009 shortly followed by "She's Got a Boyfriend Now", "Two Is Better Than One" featuring Taylor Swift, and "Heart Heart Heartbreak". This is the last album to feature bassist Bryan Donahue before his departure in 2011.

"Tighten Up" is a song by American rock band The Black Keys. It is the third track on their 2010 album Brothers and was released as the record's first single on April 23, 2010. Dan Auerbach told The Sun how the song originated: "That was the last song we did for the record. We had a couple of days off and so did Brian and since we are friends and like hanging out with each other we thought it would be fun to go into the studio and see if we could come up with a tune. We always have a blast when the three of us get together."

Symphony Soldier is the second and most recent studio album by American rock band The Cab. It was released on August 23, 2011. The Cab first rose to prominence at the peak of the mid-2000s emo pop trend with their debut album Whisper War (2008), which was promoted it via national tours with Hey Monday and the Hush Sound. The following year, the band lost two members, including guitarist Ian Crawford and bassist Cash Colligan. In addition, the band soon parted ways with their original label, scene stalwart Fueled by Ramen. 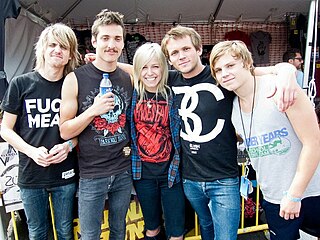 Michael John Campion is an American songwriter, music producer and entrepreneur. He is known for resurrecting the guitar company Danelectro.