A supergroup is a musical performing group whose members have successful solo careers, are members of other groups, or are well known in other musical professions. The term is usually used in the context of rock and pop music, but it has occasionally been applied to other musical genres. For example, The Three Tenors—composed of opera superstars José Carreras, Plácido Domingo, and Luciano Pavarotti—or Rainbow have been called a supergroup.

SMV was a bass guitar supergroup formed in 2008. The group's name comes from the first initials of each of its members, Stanley Clarke, Marcus Miller, and Victor Wooten.

Stanley Clarke is an American bassist and founding member of Return to Forever, one of the first jazz fusion bands. He has composed music for films and television and has worked with musicians in many genres. Like Jaco Pastorius, Clarke gave the bass guitar a prominence it lacked in jazz-related music.

The album peaked at #186 on the Billboard 200 albums chart in the United States. 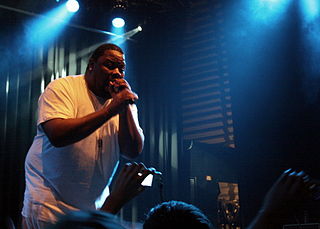 Beatboxing is a form of vocal percussion primarily involving the art of mimicking drum machines, using one's mouth, lips, tongue, and voice. It may also involve vocal imitation of turntablism, and other musical instruments. Beatboxing today is connected with hip-hop culture, often referred to as "the fifth element" of hip-hop, although it is not limited to hip-hop music. The term "beatboxing" is sometimes used to refer to vocal percussion in general. 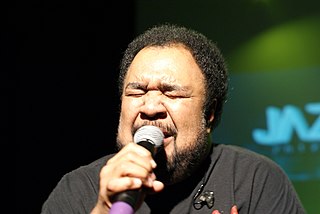 George M. Duke was an American keyboardist, composer, singer-songwriter and record producer. He worked with numerous artists as arranger, music director, writer and co-writer, record producer and as a professor of music. He first made a name for himself with the album The Jean-Luc Ponty Experience with the George Duke Trio. He was known primarily for thirty-odd solo albums, of which A Brazilian Love Affair from 1980 was his most popular, as well as for his collaborations with other musicians, particularly Frank Zappa.

The clavinet is an electrically amplified clavichord that was invented by Ernst Zacharias and manufactured by the Hohner company of Trossingen, West Germany from 1964 to the early 1980s. Hohner produced seven models over the years, designated I, II, L, C, D6, E7 and Duo. Its distinctive bright staccato sound has featured most prominently in funk, jazz-funk, reggae, rock, and soul songs. 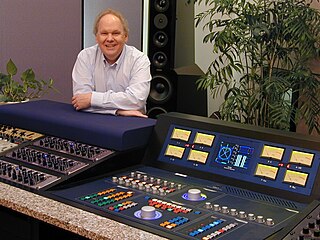 Victor Lemonte Wooten is an American bass guitarist, record producer, educator, and recipient of five Grammy Awards. He has been the bassist for Béla Fleck and the Flecktones since the group's formation in 1988 and a member of the band SMV with two other bassists, Stanley Clarke and Marcus Miller. Since 2017 he has played bass for the metal band Nitro. 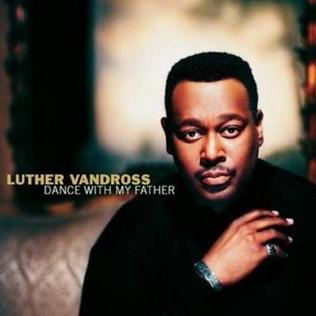 Dance with My Father is the thirteenth and final studio album by American R&B singer Luther Vandross. It was released by J Records on June 10, 2003 in the United States. The album, especially its title track, was dedicated to Vandross' late father and features production credits from Nat Adderley, Jr., Shep Crawford, and Marcus Miller as well as guest appearances by singer Beyoncé, R&B trio Next, and rappers Foxy Brown, Queen Latifah, and Busta Rhymes. 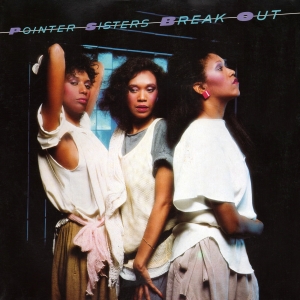 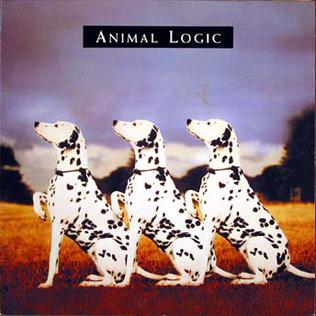 Animal Logic is the debut studio album by American band Animal Logic. It was released in 1989 via I.R.S. Records and Virgin Records. 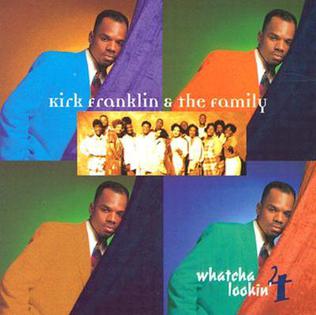 Whatcha Lookin' 4 is an American Gospel music album released in April 30, 1996 by Kirk Franklin & the Family on GospoCentric Records.

West Side Stories is the twelfth studio album by a Grammy Award nominated composer, keyboardist and pioneer of the smooth jazz genre, Jeff Lorber, released on Verve Forecast in 1994. 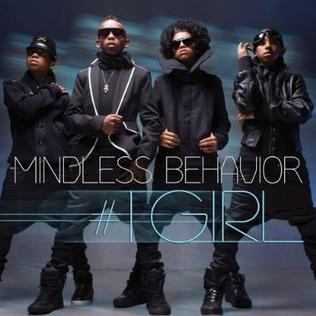 #1 Girl is the debut studio album by American R&B boy band Mindless Behavior. It was released on September 20, 2011, by Interscope Records and Streamline. The album debuted at number 7 on the US Billboard 200, with first-week sales of 36,000 copies in the United States. To date, the album has sold 290,000 copies, and spinning its sales for more than 5.5 million ringtones and it contains with these singles that has sold 845,000 copies, while it had ranked over 160 million views via YouTube.

All Over the Place is the fifteenth studio album by American jazz guitarist Mike Stern, released on June 19, 2012 through Heads Up International.

Mystical Truth is a studio album by Jamaican reggae band Black Uhuru. It was released in 1993 through Mesa Recordings. The album peaked at number 6 on the US Billboard World Albums chart and was nominated for Grammy Award for Best Reggae Album at 36th Annual Grammy Awards.

The Clarke/Duke Project is the first collaborative album by American musicians Stanley Clarke and George Duke. It was released in 1981 through Epic Records. The main recording sessions took place at Studio D of Fantasy Studios in Berkeley, California with additional recording at Le Gonks West, Westlake Studios and A&M Studios in Hollywood, California.

The Aura Will Prevail is the sixth studio album by American keyboardist George Duke. It was released in 1975 through MPS Records. Recording sessions took place at Paramount Recording Studios in Hollywood, California. The album features contributions from Alphonso Johnson, Leon "Ndugu" Chancler and Airto Moreira.

Thief in the Night is the nineteenth studio album by American keyboardist and record producer George Duke. It was released in 1985 through Elektra Records, making it his first release on the label. Recording sessions for the album took place at Le Gonks West in West Hollywood, California. Duke played various keyboard instruments on the album, including Synclavier II, Memorymoog, Fender Rhodes, Sequential Circuits Prophet-5, Clavinet, Yamaha P F15 and minimoog. The album features contributions from Lynn Davis, Paul Jackson Jr, Paulinho da Costa, Robert Brookins and Deniece Williams among others.

Renaissance is the ninth solo studio album by American musician Marcus Miller. It was released on May 28, 2012 through Concord Jazz. Recording sessions took place at Sear Sound in New York City with additional recording at Hannibal Studio in Santa Monica and at the Music Shed in New Orleans. The album features contributions from Dr. John on vocals, Federico González Peña, Kris Bowers and Bobby Sparks on keyboards, Adam Rogers, Adam Agati and Paul Jackson Jr. on guitar, Louis Cato on drums, Ramon Yslas on percussion, Alex Han on alto saxophone, Maurice Brown and Sean Jones on trumpet, with guest appearances from Gretchen Parlato and Rubén Blades. 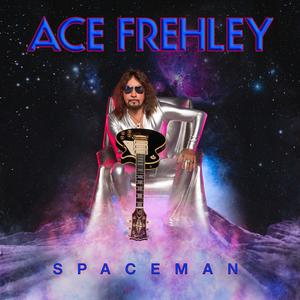 Spaceman is the eighth studio album by American guitarist Ace Frehley, released on October 19, 2018. The album features guest appearance from Ace Frehley's former Kiss bandmate Gene Simmons. The album was announced in February 2018 and was expected to be released in April 2018, but was delayed.