Canada is a country in the northern part of North America. Its ten provinces and three territories extend from the Atlantic to the Pacific and northward into the Arctic Ocean, covering 9.98 million square kilometres, making it the world's second-largest country by total area. Canada's southern border with the United States is the world's longest bi-national land border. Its capital is Ottawa, and its three largest metropolitan areas are Toronto, Montreal, and Vancouver. As a whole, Canada is sparsely populated, the majority of its land area being dominated by forest and tundra. Consequently, its population is highly urbanized, with over 80 percent of its inhabitants concentrated in large and medium-sized cities, with 70% of citizens residing within 100 kilometres of the US border. Canada's climate varies widely across its vast area, ranging from arctic weather in the north, to hot summers in the southern regions, with four distinct seasons. 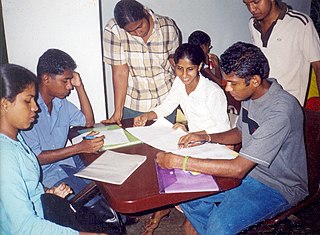 A team is a group of individuals working together to achieve their goal. 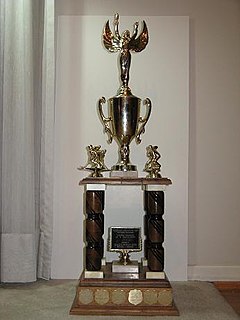 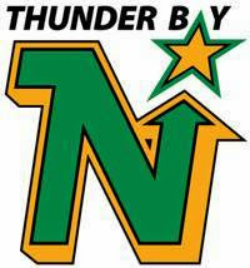 The Thunder Bay North Stars are a Junior "A" ice hockey team from Thunder Bay, Ontario, Canada. They are a part of the Superior International Junior Hockey League.

The Ontario Hockey Federation (OHF) is the governing body of all sanctioned ice hockey in the province of Ontario in Canada, except for those portions governed by Hockey Northwestern Ontario and the Hockey Eastern Ontario. The federation is one of Hockey Canada's thirteen regional branches.

With the creation of the Superior International Junior Hockey League (SIJHL), the Northern Hawks moved up to Junior B for the 2001-02 season. The Northern Hawks were Brewers Cup champions in 2003. They won the Junior C tournament in 2003 against comparable teams from across Western Canada, defeating the Airdrie Thunder for the gold medal.

The Airdrie Thunder are a Junior "B" Ice Hockey team based in Airdrie, Alberta, Canada. They are members of the North Division of the Heritage Junior B Hockey League (HJHL). They play their home games at Ron Ebbesen Arena.

In 2004 the Hawks won their first Thunder Bay Junior B Hockey League championship and would capture the William Ryan Trophy (Northern Ontario Regional Junior B Hockey Championship) to advance to the Keystone Cup.

The Thunder Bay Northern Hawks finished off the 2003-04 season with one of the best records in Thunder Bay junior hockey history, finishing an undefeated season at 22-0-2. They went on to win the 2004 playoff championship as well defeating the Wawa Travellers of the North of Superior Junior B Hockey League to win the Northern Ontario Regional Junior B Hockey Championship and earn the right to compete for the Keystone Cup.

The Wawa Travellers were a Junior "B" team based out of Wawa, Ontario. They played out of the North of Superior Junior B Hockey League.

The North of Superior Junior B Hockey League (NSHL) is a defunct Junior ice hockey league in Ontario, Canada, sanctioned by Hockey Canada. The league used to be a part of the Northern Ontario Hockey Association.

The 2004 Keystone Cup was hosted by the Aguasabon River Rats of the North of Superior League and Schreiber, Ontario. In the first game, the Northern Hawks throttled Aguasabon 9-3. In the second game, the Hawks tied the Regina Capitals 4-4. Next, the Hawks lost to the Norway House North Stars 6-4, but returned the next game with a 3-1 win over the Red Deer Vipers. The fifth game of the round robin for the Northern Hawks was against the Richmond Sockeyes. Needing a victory to play for the gold medal, the game resulted in a tie. The Northern Hawks faced Red Deer again in their tournament finale, this time for the tournament's bronze medal. The Thunder Bay Northern Hawks lost the game 7-5. From this loss to the end of the 2008 Keystone Cup, no TBJBHL team won a game at the Keystone Cup tournament.

The Northern Hawks finished the 2008-09 season in second place in the Thunder Bay Junior B league. With a 14-15-1 record, the Northern Hawks had to begin the 2009 playoffs with a semifinal series against the Nip-Rock Elks, sweeping the series in three games. In the league final, the Northern Hawks were swept in four-straight games by the K&A Wolverines. Because the Wolverines were hosting the Keystone Cup in 2009, the Northern Hawks earned a spot as the Hockey Northwestern Ontario branch representative.

The Northern Hawks finished first in the league again with only one regular season loss and one playoff loss. They took out the Schreiber Falcons 4-games-to-none in the semifinals. They then went on to demolish the Stars in the finals, 4-games-to-1, earning a berth into the Keystone Cup in Abbotsford BC. Opening the tournament with a win over Manitoba branch champion, Selkirk Fishermen 2-1, the Hawks next defeated the Saskatoon Quakers 4-3. The Hawks would fall to the Abbotsford Pilots, Beaver Valley Nite Hawks, and Blackfalds Wranglers in the round robin. Finishing fourth the Hawks earned a spot into the bronze medal game, where they came up short and lost 4-3, ending the tournament in 4th place.

Winning their sixth-straight TBJBHL championship with a record of 28-1-1, the Northern Hawks swept the Schreiber Falcons and Thunder Bay North Stars in four games each series. At the Keystone Cup, Thunder Bay would go 2-2-1 in round robin play to earn their spot in the Bronze Medal Game. In a goal-filled game the Northern Hawks would fall to the Saskatoon Quakers 5-4 to finish in fourth place at the Western Canada Junior B championship.

The Wellington Dukes are a Junior "A" ice hockey team from Wellington, Ontario, Canada. They are in the Eastern Division of the Ontario Junior Hockey League and used to be a part of the Metro Junior A Hockey League. Originally a Junior C team in the 1970s and 1980s, the Dukes merged with the neighbouring Jr. B Belleville Bobcats and took their place in the Metro League. The Dukes have won the Dudley Hewitt Cup as Central Canadian Junior A Champions twice. The Dukes won the Buckland Cup on April 22, 2018.

The Oakville Blades are a Junior "A" ice hockey team from Oakville, Ontario, Canada. They are a part of the Ontario Junior Hockey League. 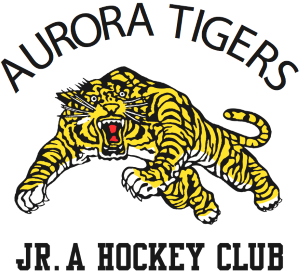 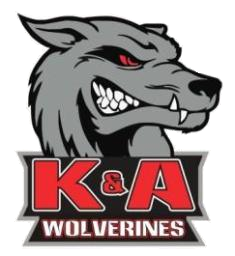 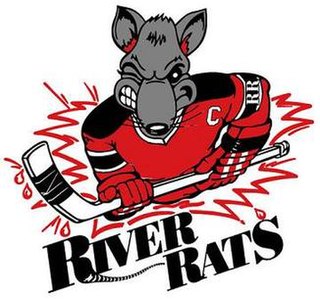 The Hearst Elans were a Canadian Junior ice hockey team from Hearst, Ontario. They played in the North of Superior Junior B Hockey League. In 1998 and 1999 they competed in the Western Canada Junior B Championships, the Keystone Cup, winning Bronze in 1998.

The Richmond Sockeyes are a Junior "B" ice hockey team based in Richmond, British Columbia, Canada. They are members of the Tom Shaw Conference of the Pacific Junior Hockey League (PJHL). The Sockeyes play their home games at Minoru Arena. Maurice Lambert is the team's president, Richard Petrowsky is the general manager and they are captained by defenceman Adam Nishi.

The Thunder Bay Hornets were a Junior "A" ice hockey team from Thunder Bay, Ontario, Canada. At their height, they won two consecutive Bronze Medals at the Western Canadian Junior B Championships - the Keystone Cup and later were in competition for the National Junior A Championship, the Centennial Cup, as members of the Manitoba Junior Hockey League.

The 2009–10 SIJHL season is the 9th season of the Superior International Junior Hockey League (SIJHL). The six teams of the SIJHL will play 52-game schedules, except for Wisconsin who will play a 20-game schedule.

The Thunder Bay Fighting Walleye are a Canadian Junior ice hockey team based in Thunder Bay, Ontario. They play in the Lakehead Junior Hockey League and are eligible to compete for the Keystone Cup, Junior B Championship of Western Canada.