Thunder Mountain may refer to: 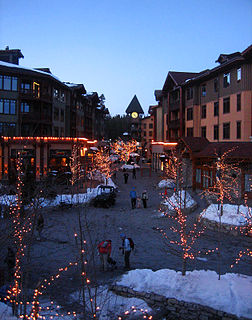 Mammoth Lakes is a town in Mono County, California, the county's only incorporated community. It is located immediately to the east of Mammoth Mountain, at an elevation of 7,880 feet (2,400 m). As of the 2010 United States Census, the population was 8,234, reflecting a 16% increase from the 2000 Census.

Park City is a city in Summit County, Utah, United States. It is considered to be part of the Wasatch Back. The city is 32 miles (51 km) southeast of downtown Salt Lake City and 20 miles (32 km) from Salt Lake City's east edge of Sugar House along Interstate 80. The population was 7,558 at the 2010 census. On average, the tourist population greatly exceeds the number of permanent residents. 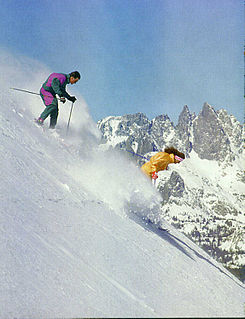 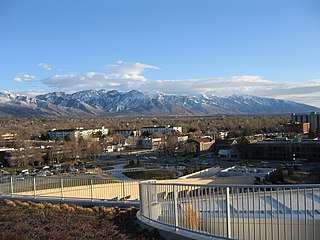 Bear Valley is a ski area located on Highway 4 between Lake Tahoe and Yosemite—about three hours southeast of Sacramento, California. It is around one hour from Angels Camp, California. The alpine ski area and a portion of the real estate in the village of Bear Valley was owned by an investment partnership led by a Canadian company, Dundee Realty, from 2005 to 2014. In 2014, Skyline International acquired Bear Valley.

Black Mountain may refer to: 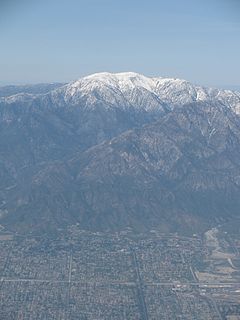 Mount San Antonio, colloquially referred to as Mount Baldy or Old Baldy, is the highest peak of the San Gabriel Mountains, and the highest point in Los Angeles County, California. The peak is within the San Gabriel Mountains National Monument and Angeles National Forest. It is the tallest mountain in the Los Angeles metropolitan area. Mount San Antonio's sometimes snow-capped peaks are visible on clear days and dominate the view of the Los Angeles Basin skyline. The peak is pyramid shaped, with a steep south face and a shallower north face. The summit is accessible via a number of connecting ridges along hiking trails from the north, east, south and southwest. 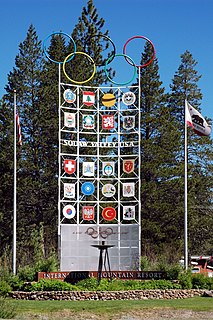 Olympic Valley, California is an unincorporated community located in Placer County northwest of Tahoe City along California State Highway 89 on the banks of the Truckee River near Lake Tahoe. It is home to Squaw Valley Ski Resort, the site of the 1960 Winter Olympics. Olympic Valley is the smallest resort area to host the Olympic Winter Games.

Homewood is an unincorporated community in Placer County, California of about 200 residents, located on the west shore of Lake Tahoe. It is located 5.5 miles (8.9 km) south of Tahoe City and north of Chambers Landing and Tahoma. It is the location of Homewood Mountain Resort. The community of Tahoe Pines uses Homewood's ZIP Code, 96141. Thomas McConnell is said to be the founder of Homewood, after he purchased lakefront property on Lake Tahoe's west shore and laid out the Homewood District with property on either side of Highway 89 in 1889. The Homewood Post Office was later established in 1909.

Newberry Springs is an unincorporated community in the western Mojave Desert of Southern California, located at the foot of the Newberry Mountains in San Bernardino County, California, United States. The population at the 2000 census was 2,895.

The Mount Baldy Ski Lifts, or "Baldy", is a ski resort located on Mount San Antonio—Mount Baldy in the San Gabriel Mountains. It is in San Bernardino County, Southern California. It is located 45 mi (72 km) from Los Angeles, the closest ski resort to the city. 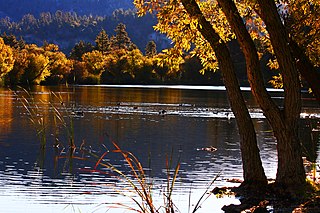 Big Pines is an unincorporated community in Los Angeles County, California, United States. It is in the Angeles National Forest, San Gabriel Mountains.

Thunder Ridge is a small ski area located in Patterson, NY. Because it is located just 75 minutes from New York City, the mountain attracts skiers and snowboarders from across the New York area. While it does not receive a lot of snowfall, Thunder Ridge does have snowmaking capabilities which can cover 90% of the mountain. Because it is open at night, Thunder Ridge is a haven for high school ski racing. The mountain hosts part of Hudson Valley League racing. In 2014 the area came under management of Dean Ryder, manager of the Putnam County National Bank after the previous managers could no longer afford to take care of the property as a result of the Great Recession. 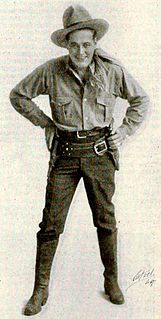 George Chesebro was an American film actor. He appeared in more than 400 films between 1915 and 1954, beginning in two reelers starring Texas Guinan. He was born in Minneapolis, Minnesota and died in Los Angeles, California.

Mount Institute, 1,538 ft., is a peak located in Hawley, Massachusetts, just south of the village of Charlemont.

Snow Valley Mountain Resort is a ski resort located in Running Springs, California, United States. It is the oldest continually operating ski resort in Southern California and is also one of four ski resorts in the San Bernardino National Forest. 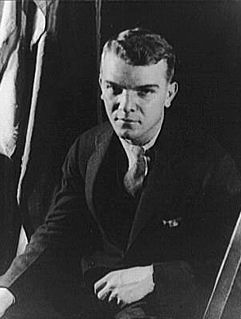 Johnson Lundy Arledge was an American film and stage actor. He played dozens of supporting roles in the Hollywood movies of the 1930s–1940s, including the tractor driver who destroys a house in The Grapes of Wrath.

Josef “Sepp” Allgeier was a German cinematographer who worked on around fifty features, documentaries and short films. He began his career as a cameraman in 1911 for the Expreß Film Co. of Freiburg. In 1913 he filmed newsreels in the Balkans. He then became an assistant to Arnold Fanck, a leading director of Mountain films. He worked frequently with Luis Trenker and Leni Riefenstahl, both closely associated with the genre. He was Riefenstahl's lead cameraman on her 1935 propaganda film Triumph of the Will. During the Second World War, Allgeier filmed material for newsreels. He later worked in West German television. His son is the cinematographer Hans-Jörg Allgeier.

Thunder Mountain is a 1935 American Western film directed by David Howard, written by Daniel Jarrett and Don Swift, and starring George O'Brien, Barbara Fritchie, Frances Grant, Morgan Wallace, George "Gabby" Hayes and Edward LeSaint. It is based on the novel Thunder Mountain by Zane Grey. The film was released on September 27, 1935, by 20th Century Fox.