Thunderbox is the seventh studio album by English hard rock group Humble Pie, released in 1974. It reached number 52 on the US Billboard 200 album chart. The planned UK release was cancelled.

Twelve songs appear, seven of them covers, including "Grooving With Jesus" originally released by The Violinaires; Ann Peebles song "I Can't Stand the Rain" once referred to by John Lennon as the perfect single; "Anna (Go to Him)" originally written and performed by Arthur Alexander and recorded by The Beatles on their first album; and "Oh La-De-Da" by The Staple Singers. [2]

The word Thunderbox is a seventeenth century slang word for the toilet, [3] which gives an example of Humble Pie's sense of humour. [4] The cover shows a keyhole through which a woman can be seen sitting on a toilet.

Humble Pie are an English hard rock band formed by Steve Marriott in Moreton, Essex, in 1969. They are known as one of the first supergroups of the late 1960s and found success on both sides of the Atlantic in the early 1970s with such songs as "Black Coffee", "30 Days in the Hole", "I Don't Need No Doctor" and "Natural Born Bugie". The original band line-up featured lead vocalist and guitarist Steve Marriott from Small Faces, vocalist and guitarist Peter Frampton from the Herd, former Spooky Tooth bassist Greg Ridley and a 17-year-old drummer, Jerry Shirley, from the Apostolic Intervention. 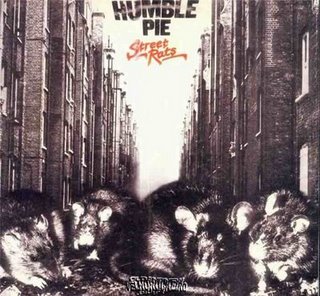 Street Rats was the eighth studio album by the English rock group Humble Pie, released in 1975. The album went to number 100 on the US Billboard 200 album chart. 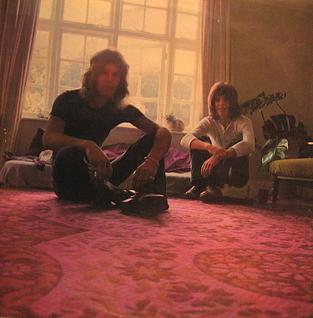 Smokin' is the fifth studio album by English rock band Humble Pie, released in 1972 through A&M Records. It was the band's international breakthrough, peaking at number 6 on the US Billboard 200 album chart, and hit number 20 in the UK and number 9 in Australia. 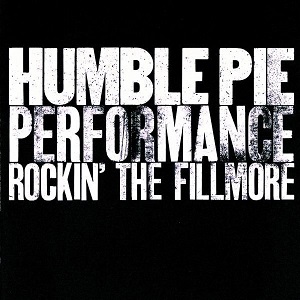 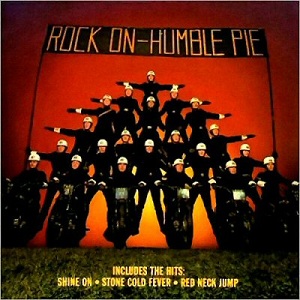 Rock On is the fourth album by the English rock group Humble Pie, released in March 1971. It reached #118 on the Billboard 200. It is the last Humble Pie studio album to feature guitarist/singer Peter Frampton, who left the band towards the end of the year. 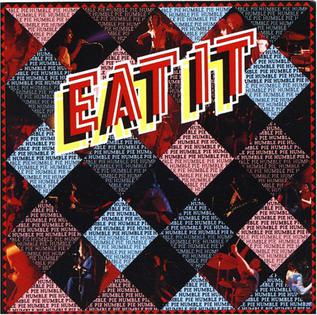 Eat It is the sixth album by English rock band Humble Pie, released in April 1973 through A&M Records. Released as a double album, it peaked at number 13 on the US Billboard 200, number 34 in the UK Albums Chart, and number 9 in Australia.

Humble Pie is the third studio album by English rock group Humble Pie. Released in 1970, it was their first album with A&M Records.

Alfred Gregory Ridley was an English rock bassist and a founding member of Humble Pie. 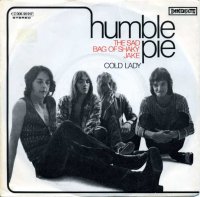 "The Sad Bag of Shaky Jake" is a single released in 1969 by English rock band Humble Pie. The B-side "Cold Lady" was written by drummer Jerry Shirley in a R&B style and Shirley plays Wurlitzer piano and guitarist Peter Frampton plays the drums. 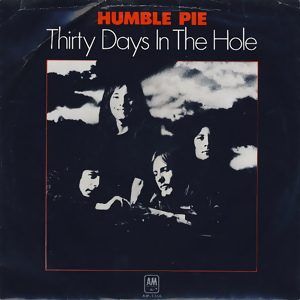 "30 Days in the Hole" a song by English rock band Humble Pie. Released in late 1972. It was composed by the band's guitarist and singer Steve Marriott for the group's fifth album Smokin' (1972). The song received minor airplay at the time but failed to chart. However, it gained a following on album oriented rock (AOR) and classic rock radio formats and consequently it remains one of Humble Pie's best known songs.

"Shine On" is a single released in 1971 by English rock outfit Humble Pie, one of the first supergroups of the 1960s. The song was written by Peter Frampton and was released by A&M Records. The B-side of the single is "Mister Ring", written by Greg Ridley. 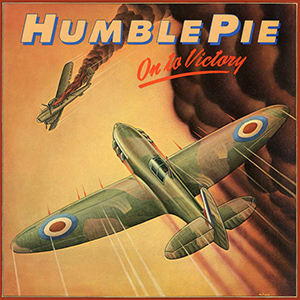 On to Victory is the ninth studio album recorded by the English rock band Humble Pie and the first with a new lineup including vocalist and guitarist Steve Marriott, drummer Jerry Shirley, vocalist and guitarist Bobby Tench from The Jeff Beck Group, and American bassist Anthony "Sooty" Jones. They recorded "Fool for a Pretty Face", which Marriott had written earlier and the song proved good enough for them to secure a recording contract with Atco in 1980. In UK their material was released by Jet Records, owned by the former Small Faces manager Don Arden. The album peaked #60 on the Billboard 200 album chart "Fool for a Pretty Face" was released as a single and reached #58 on the US singles charts and a promotional tour followed as part of The Rock'n Roll Marathon, supporting Frank Marino & Mahogany Rush, Angel & Mother's Finest. 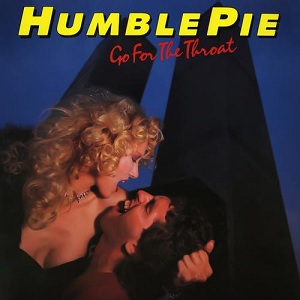 Go for the Throat is the tenth studio album recorded by the English rock band Humble Pie and the second with the new lineup including, guitarist and vocalist Steve Marriott, drummer Jerry Shirley, American bassist Anthony "Sooty" Jones and vocalist and guitarist, Bobby Tench from The Jeff Beck Group. Marriott also brought in backing vocalists Marge Raymond, Dana Kral and Robin Beck, once again looking for a more authenthic and refined R&B sound and feel. Go For The Throat was released by Atco in 1981 and the new version of "Tin Soldier" reached #58 in the US single charts. A promotional tour started but was curtailed after Marriott damaged his hand and shortly afterwards suffered from a duodenal ulcer.

Back on Track is the eleventh studio album by Humble Pie recorded after Jerry Shirley re-formed the band in 2001 with a line-up including their original bassist Greg Ridley, guitarist and vocalist Bobby Tench and the new addition of rhythm guitarist Dave "Bucket" Colwell, who wrote or co-wrote seven of the ten tracks on this album. Back on Track was released by Sanctuary in UK and Europe on 19 February 2002. Keyboard players Zoot Money and Victor Martin were brought in for the Back on Track recording sessions. The album was recorded at Jacobs Studios and Astoria Studios and the CD cover cites special thanks to David Gilmour.

Extended Versions is a live album by Humble Pie, released in 2000, as part of BMG's Encore Collection. It has tracks taken from the King Biscuit Flower Hour Presents - Humble Pie In Concert, which was a 1996 release of a concert recorded on May 6, 1973 at San Francisco's Winterland Theatre. The only track not included here from that release is "I Don't Need No Doctor".

Marriott is Steve Marriott's debut solo album from 1976 and features a British and an American side, reflecting the make-up of the bands backing Steve Marriott. The British side includes former Humble Pie colleague Greg Ridley on bass and singing backing vocals.