Thysanoprymna palmeri is a moth of the family Erebidae. It was described by Walter Rothschild in 1916. It is found in Colombia. [1]

Penstemon palmeri, the Palmer's penstemon, is a perennial penstemon notable for its showy, rounded flowers, and for being one of the few scented penstemons. The plant, in the Plantaginaceae family, is named after the botanist Edward Palmer.

The Hypsiprymnodontidae are a family of macropods, one of two families containing animals commonly referred to as rat-kangaroos. The single known extant genus and species in this family, the musky rat-kangaroo, Hypsiprymnodon moschatus, occurs in northern Australia. During the Pleistocene, this family included the megafauna genus propleopus.

ICN Radio is an Italian-language radio in the New York metropolitan area, founded in 1983 by Sal Palmeri and since 2006 owned by America Oggi, the only Italian daily newspaper in the United States. The programming consists of a mixed news/talk format along with music. ICN is also an affiliate of Italy's RAI radio network. It claims an audience of 250,000 households.

Palmer's chipmunk is a species of rodent in the family Sciuridae, endemic to Nevada. Its natural habitat is temperate forests. It is threatened by habitat loss. 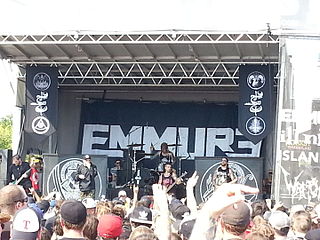 Dudleya palmeri is a succulent plant known by the common name Palmer's liveforever. This dudleya is endemic to California where it grows along the coastline of San Luis Obispo and Santa Barbara Counties southward.

Artemisia palmeri is a rare species of sagebrush known by the common names San Diego sagewort and Palmer sagewort.

Calochortus palmeri is a species of flowering plant in the lily family known by the common names Palmer's mariposa lily and strangling mariposa.

Malacothamnus palmeri is a species of flowering plant in the mallow family known by the common names Palmer's bushmallow and Santa Lucia bushmallow. This flower is pink in color. It grows in openings in heavy chaparral and mixed evergreen forest. It requires adobe/shale to red clay type of soil to grow. The associated species are Quercus agrifolia, Adenostoma fasciculatum, Garrya elliptica, Rhamnus californica,Diplacus aurantiacus, Arctostaphylos luciana and Arbutus menziesii. A fast growing plant in most situations. The plant is fairly narrow and will fit into a narrow flower bed.

Triteleiopsis, common name Bajalily or blue sand lily, is a genus of one known species of flowering plant found in Sonora, Baja California and southwestern Arizona. In the APG III classification system, it is placed in the family Asparagaceae, subfamily Brodiaeoideae. 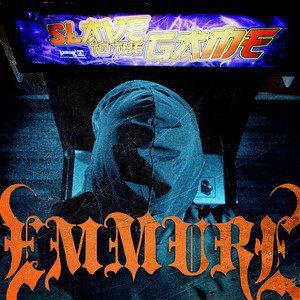 Slave to the Game is the fifth studio album by American metalcore band Emmure, released on April 10, 2012 through Victory Records. The record was produced by Joey Sturgis, who also did production on the band's previous album Speaker of the Dead. It is the first album to feature drummer Mark Castillo, following the band parting ways with their former drummer Mike Kaabe in October 2011.

Cucurbita palmeri is a plant species of the genus Cucurbita. It is native to the Pacific coast of northwestern Mexico to Nicaragua. It is closely related to Cucurbita argyrosperma and Cucurbita sororia.

Thysanoprymna pyrrhopyga is a moth of the family Erebidae. It was described by Francis Walker in 1865. It is found in Brazil and Ecuador.

Ericameria palmeri is a North American species of flowering shrubs in the daisy family. It is native to southern California in the United States and to the state of Baja California in Mexico.