West was born in Wilmington, Delaware. [2] His given name Timon was the surname of his maternal grandfather. [5] [6] [1] He was featured in a 2001 fall issue of Teen People magazine. [7] West attended the School of Visual Arts. [8]

West's directorial work includes the 2001 short The Wicked, and feature films The Roost (2005), Trigger Man (2007), The House of the Devil (2009), [9] The Innkeepers (2011), and The Sacrament (2013). He appeared in 2004's The Woman Who Split Before Dinner as Old Man Conrad. In 2009, West wrote, produced and directed the web series Dead & Lonely for IFC Films. [10] The first series run ended in October 2009. [11] West disowned the 2009 horror film Cabin Fever 2: Spring Fever , citing massive interference and re-editing as the reasons. He wanted to remove his name completely from the film and give directing credit to Alan Smithee, but his request was denied. [12]

West was set to direct The Haunting in Georgia, the sequel to The Haunting in Connecticut , but left the project in March 2010. [13] In 2012, he worked with Adam Wingard, Simon Barrett, David Bruckner, Joe Swanberg, Glenn McQuaid and the Radio Silence Productions hosts Matt Bettinelli-Olpin and Chad Villella on the anthology horror film V/H/S . He directed the segment "Second Honeymoon". [14]

In June 2015, it was reported that West would direct an episode of MTV's Scream television series. He directed the penultimate episode of the first season, titled "The Dance". [15] He has also directed an episode of Jason Blum and Eli Roth's We TV horror series South of Hell , titled "Take Life Now". [16] West wrote, directed, produced and edited the Western film In a Valley of Violence , starring Ethan Hawke, Taissa Farmiga, and John Travolta. [17] It premiered at South by Southwest in March 2016. [18]

In late 2020, it was announced that A24 would produce a horror film titled X, which would be directed by West and will star Mia Goth, Scott Mescudi, Jenna Ortega, and Brittany Snow. The film was released on March 18, 2022, to critical acclaim. While X was in production, filming in New Zealand was temporarily halted due to the country's lockdown during the COVID-19 pandemic, leading to West spending the time writing a screenplay to a prequel. The film, Pearl , was filmed back-to-back with X once production started up again. Pearl was released in September 2022 to critical acclaim. West later confirmed he was working on a third instalment in the series, a sequel to X titled MaXXXine.

Ethan Green Hawke is an American actor and film director. He has been nominated for numerous accolades including four Academy Awards, two Golden Globe Awards and a Tony Award. Hawke has directed three feature films, three off-Broadway plays, and a documentary. He has also written three novels and one graphic novel. He made his film debut in Explorers (1985), before making a breakthrough performance in Dead Poets Society (1989). Hawke starred alongside Julie Delpy in Richard Linklater's Before trilogy: Before Sunrise (1995), Before Sunset (2004), and Before Midnight (2013). Hawke has received four Academy Award nominations, two for Best Supporting Actor for Training Day (2001) and Boyhood (2014) and the other two for Best Adapted Screenplay for co-writing Before Sunset and Before Midnight with Linklater and Delpy. 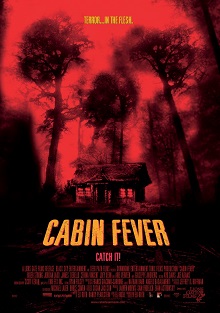 Cabin Fever is a 2002 American horror comedy film co-written and directed by Eli Roth and starring Rider Strong, Jordan Ladd, James DeBello, Cerina Vincent, Joey Kern, and Giuseppe Andrews. The story follows a group of college graduates who rent a cabin in the woods and begin to fall victim to a flesh-eating virus. The inspiration for the film's story came from a real-life experience during a trip to Iceland when Roth developed a skin infection.

Robert Barton Englund is an American actor and director. He is best known for playing the supernatural serial killer Freddy Krueger in the Nightmare on Elm Street film series. Classically trained at the Royal Academy of Dramatic Art, Englund began his career as a stage actor in regional theatre, and made his film debut in Buster and Billie in 1974. After supporting roles in films in the 1970s such as Stay Hungry, A Star Is Born, and Big Wednesday, Englund had his breakthrough as the resistance fighter Willie in the miniseries V in 1983. Following his performance in the original A Nightmare on Elm Street in 1984, he became closely associated with the horror film genre, and is widely-regarded as one of its iconic actors. 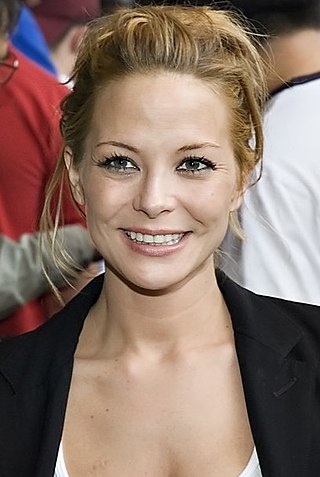 Jordan Ladd is an American actress. The daughter of actress Cheryl Ladd and producer David Ladd, she initially worked with her mother in several made-for-television films, before making her big screen debut at 19, in the vampire film Embrace of the Vampire (1994). She subsequently appeared in the drama Nowhere (1997) and the comedy Never Been Kissed (1999). Ladd became known as a scream queen, having appeared in several successful horror films, including Cabin Fever (2002), Club Dread (2004), Death Proof (2007), and Grace (2009). Ladd is also known for work with director David Lynch appearing in his films Darkened Room (2002) and Inland Empire (2006).

Laurence T. Fessenden is an American actor, producer, writer, director, film editor, and cinematographer. He is the founder of the New York based independent production outfit Glass Eye Pix. His writer/director credits include No Telling, Habit (1997), Wendigo (2001), and The Last Winter, which is in the permanent collection of the Museum of Modern Art. He has also directed the television feature Beneath (2013), an episode of the NBC TV series Fear Itself (2008) entitled "Skin and Bones", and a segment of the anthology horror-comedy film The ABCs of Death 2 (2014). He is the writer, with Graham Reznick, of the BAFTA Award-winning Sony PlayStation video game Until Dawn. He has acted in numerous films including Like Me (2017), In a Valley of Violence (2016), We Are Still Here (2015), Jug Face (2012), Broken Flowers (2005), The Dead Don't Die (2019), Bringing Out the Dead (1999) and I Sell the Dead (2009). 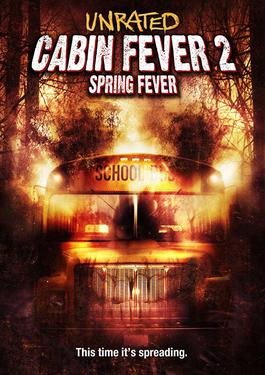 Cabin Fever 2: Spring Fever is a 2009 American horror comedy film directed by Ti West and stars Noah Segan, Rusty Kelley, Alexi Wasser, Marc Senter, Rider Strong and Giuseppe Andrews. It is a sequel to the 2002 film Cabin Fever and the second installment in the Cabin Fever series. The film is about a high school prom that descends into chaos when a deadly flesh-eating bacteria spreads via a popular brand of bottled water.

Andrew Jones was a Welsh screenwriter, producer and director of low-budget independent feature films, mainly in the horror genre.

Mumblecore is a subgenre of independent film characterized by naturalistic acting and dialogue, low-budget film production, an emphasis on dialogue over plot, and a focus on the personal relationships of young adults. Filmmakers associated with the genre include Andrew Bujalski, Lynn Shelton, Mark Duplass and Jay Duplass, Greta Gerwig, Aaron Katz, Joe Swanberg, and Ry Russo-Young. In many cases, though, these directors reject the term. 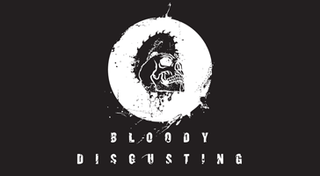 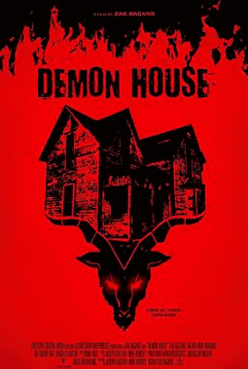 Demon House is a 2018 American documentary horror film directed and written by Zak Bagans, starring Bagans, Billy Tolley, and Jay Wasley as themselves. The film follows the Ammons haunting case and was released in the United States on March 16, 2018, by Freestyle Releasing, with Lost Footage from the film being released on January 1, 2019 and an Uncut version airing shortly after on February 16, 2019. 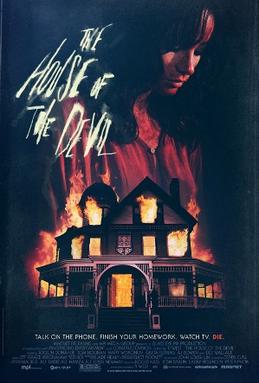 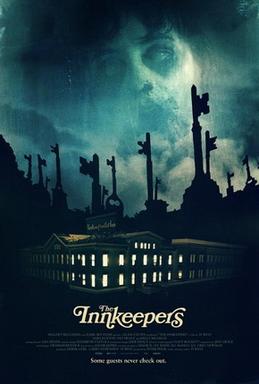 The Innkeepers is a 2011 American supernatural horror film written, directed and edited by Ti West. It stars Sara Paxton, Pat Healy, and Kelly McGillis. Its plot follows two employees at the Yankee Pedlar Inn who, during its last weekend of operations, attempt to document the alleged supernatural activity in the building. 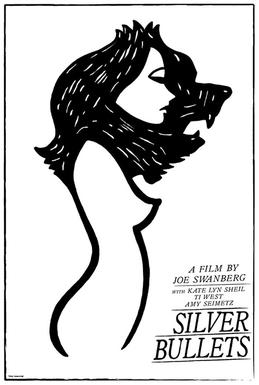 Silver Bullets is a 2011 American psychological thriller film written and directed by Joe Swanberg. The film stars Kate Lyn Sheil, Ti West, Swanberg and Amy Seimetz. It is one of six films released by Swanberg in 2011. The film had its world premiere at the Berlin Film Festival on February 12, 2011, and was then released in a limited release on October 28, 2011, by Factory25.

The Sacrament is a 2013 American found footage horror thriller film written and directed by Ti West. A. J. Bowen and Joe Swanberg play VICE journalists who document their co-worker's attempt to locate his sister after she joins a reclusive religious commune. The film's plot is based on the real-life events of the Jonestown Massacre of 1978.

Hellgate is a 2011 American-Thai supernatural thriller directed and written by John Penney, starring William Hurt and Cary Elwes. Elwes plays the sole survivor of a car crash who, upon seeing ghosts, seeks help from a spiritual guru (Hurt). 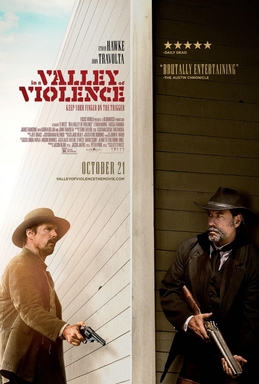 Mike Flanagan is an American filmmaker and partner in Intrepid Pictures. Flanagan is best known for his work in horror films and television series, which has attracted the praise of critics for his directing and lack of reliance on jump scares. Stephen King, Quentin Tarantino, and William Friedkin, among others, have praised him. 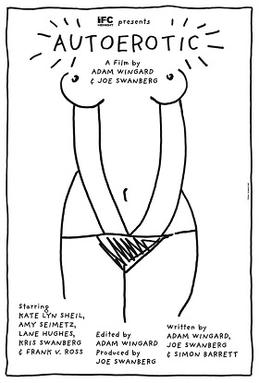 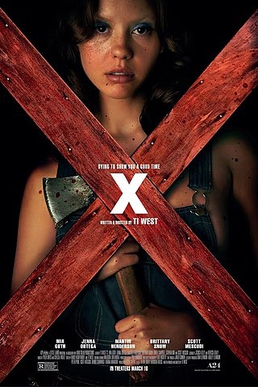 X is a 2022 slasher film written, directed, produced and edited by Ti West. It stars Mia Goth playing dual roles: Maxine is a beautiful young woman and the main protagonist and Pearl is an elderly woman and the main antagonist, with Jenna Ortega, Martin Henderson, Brittany Snow, Owen Campbell, Stephen Ure, and Scott Mescudi appearing in supporting roles. The film follows a cast and crew who gather to make a pornographic film on an elderly couple's rural Texas property, but find themselves threatened by an unlikely killer.

The Xfilm series consists of American slasher-horror films based on an original story written by Ti West. The series includes an original film, its prequel, and its sequel. The overall plot of the movies centers around two characters, Maxine Minx and Pearl, both portrayed by Mia Goth.

Wikimedia Commons has media related to Ti West .
This page is based on this Wikipedia article
Text is available under the CC BY-SA 4.0 license; additional terms may apply.
Images, videos and audio are available under their respective licenses.