Tia Powell is an American psychiatrist and bioethicist. She is Director of the Montefiore-Einstein Center for Bioethics and of the Einstein Cardozo Master of Science in Bioethics Program, as well as a Professor of Clinical Epidemiology and Clinical Psychiatry at the Albert Einstein College of Medicine in The Bronx, New York. She holds the Trachtenberg Chair in Bioethics and is Professor of Epidemiology, Division of Bioethics, and Psychiatry. [1] She was previously executive director of the New York State Task Force on Life and the Law and director of Clinical Ethics at Columbia-Presbyterian Hospital in New York City.

In 2007, she chaired a workgroup that developed New York State guidelines to allocate ventilators during a flu pandemic. [2] She has served on a number of committees for the Institute of Medicine, especially focusing on ethical issues in the management of public health disasters. [3] She worked with the Institute of Medicine on 5 separate projects related to public health disasters, including as co-chair of the IOM report on antibiotics for anthrax attack. [4] She has bioethics expertise in public policy, dementia, consultation, end of life care, decision-making capacity, bioethics education and the ethics of public health disasters.

In 2019, Penguin Random House published Dementia Reimagined: Building a Life of Joy and Dignity from Beginning to End. Dementia Reimagined is a moving combination of medicine and memoir, peeling back the untold history of dementia, from the story of Solomon Fuller, a black doctor whose research at the turn of the twentieth century anticipated important aspects of what we know about dementia today, to what has been gained and lost with the recent bonanza of funding for Alzheimer's at the expense of other forms of the disease.

Joseph J. Fins, M.A.C.P., F.R.C.P. is an American physician and medical ethicist. He is chief of the Division of Medical Ethics at New York Presbyterian Hospital and Weill Cornell Medical College, where he serves as The E. William Davis Jr., M.D. Professor of Medical Ethics, and Professor of Medicine, Professor of Public Health, and Professor of Medicine in Psychiatry. Fins is also Director of Medical Ethics and an attending physician at New York Presbyterian Hospital-Weill Cornell Medical Center. Fins is also a member of the adjunct faculty of Rockefeller University and has served as Associate for Medicine at The Hastings Center. He was appointed by President Bill Clinton to The White House Commission on Complementary and Alternative Medicine Policy and currently serves on The New York State Task Force on Life and the Law by gubernatorial appointment.

The Hastings Center is an independent, nonpartisan bioethics research institute and think tank based in Garrison, New York. It was instrumental in establishing the field of bioethics and is among the most prestigious bioethics and health policy institutes in the world.

The Johns Hopkins Berman Institute of Bioethics in Baltimore, Maryland, United States, is an independent, interdisciplinary center serving the entire Johns Hopkins University and Health System. It is dedicated to the study of complex moral and policy issues in biomedical science, health care, and health policy. Established in 1995, the Institute seeks answers to ethical questions by promoting research in bioethics and encouraging moral reflection among a broad range of scholars, professionals, students, and citizens. Contributing to its mission are four divisions of the University: the Zanvyl Krieger School of Arts and Sciences, the Johns Hopkins School of Medicine, the Bloomberg School of Public Health, and the Johns Hopkins School of Nursing.

Albert R. Jonsen was one of the founders of the field of Bioethics. He was Emeritus Professor of Ethics in Medicine at the University of Washington, School of Medicine, where he was Chairman of the Department of Medical History and Ethics from 1987-1999. After retiring from UW, he returned to San Francisco where he co-founded the Program in Medicine and Human Values at Sutter Health's California Pacific Medical Center in 2003.

Disaster medicine is the area of medical specialization serving the dual areas of providing health care to disaster survivors and providing medically related disaster preparation, disaster planning, disaster response and disaster recovery leadership throughout the disaster life cycle. Disaster medicine specialists provide insight, guidance and expertise on the principles and practice of medicine both in the disaster impact area and healthcare evacuation receiving facilities to emergency management professionals, hospitals, healthcare facilities, communities and governments. The disaster medicine specialist is the liaison between and partner to the medical contingency planner, the emergency management professional, the incident command system, government and policy makers. 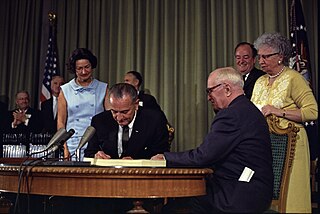 The philosophy of healthcare is the study of the ethics, processes, and people which constitute the maintenance of health for human beings. For the most part, however, the philosophy of healthcare is best approached as an indelible component of human social structures. That is, the societal institution of healthcare can be seen as a necessary phenomenon of human civilization whereby an individual continually seeks to improve, mend, and alter the overall nature and quality of their life. This perennial concern is especially prominent in modern political liberalism, wherein health has been understood as the foundational good necessary for public life.

The National Core for Neuroethics at the University of British Columbia was established in August 2007, with support from the Canadian Institutes of Health Research, the Institute of Mental Health and Addiction, the Canada Foundation for Innovation, the British Columbia Knowledge Development Fund, the Canada Research Chairs program, the UBC Brain Research Centre and the UBC Institute of Mental Health. Co-founded by Judy Illes and Peter Reiner, the Core studies neuroethics, with particular focus on ethics in neurodegenerative disease and regenerative medicine, international and cross-cultural challenges in brain research, neuroimaging and ethics, the neuroethics of enhancement, and personalized medicine.

The Nuffield Council on Bioethics is a UK-based independent charitable body, which examines and reports on bioethical issues raised by new advances in biological and medical research. Established in 1991, the Council is funded by the Nuffield Foundation, the Medical Research Council and the Wellcome Trust. The Council has been described by the media as a 'leading ethics watchdog', which 'never shrinks from the unthinkable'.

Clinical ethics support services initially developed in the United States of America, following court cases such as the Karen Ann Quinlan case, which stressed the need for mechanisms to resolve ethical disputes within health care. The Joint Commission on Accreditation of Healthcare Organizations requirement for hospitals, nursing homes, and home care agencies to have a standing mechanism to address ethical issues has also fostered this development.

Stephen Garrard Post is a researcher, public speaker, professor, and best-selling author who has taught at the University of Chicago Medical School, Fordham University-Marymount, Case Western Reserve University School of Medicine (1988-2008) and Stony Brook University School of Medicine (2008-). He is widely known for his research and public speaking on the ways in which giving can enhance the health and happiness of the giver, how empathy and compassionate care contribute to patient outcomes, ethical issues in caring for people with dementia, medical professionalism and the virtues, and positive psychology in relation to health and well-being. Post is an elected member of the College of Physicians of Philadelphia, the New York Academy of Medicine, and the Royal Society of Medicine, London. He was selected nationally as the Public Member of the United States Medical Licensing Examination (USMLE) Composite Committee (2000-2005), and was reappointed for outstanding contributions.

Adrienne Asch was a bioethics scholar and the founding director of the Center for Ethics at Yeshiva University in New York City. She was also the Edward and Robin Milstein Professor of Bioethics at the Wurzweiler School of Social Work and Professor of Epidemiology and Population Health at Albert Einstein College of Medicine, which are both graduate professional schools at Yeshiva University. She also held professorships in epidemiology and population health and in family and social medicine at Yeshiva’s Albert Einstein College of Medicine.

German Ethics Council is an independent council of experts in Germany addressing the questions of ethics, society, science, medicine and law and the probable consequences for the individual and society that result in connection with research and development, in particular in the field of the life sciences and their application to humanity. Its duties include informing the public and encouraging discussion in society, preparing opinions and recommendations for political and legislative action for the Federal Government and the German Bundestag as well as cooperating with national ethics councils and comparable institutions of other states and of international organisations.

Françoise Elvina Baylis is a Canadian bioethicist whose work is at the intersection of applied ethics, health policy, and practice. The focus of her research is on issues of women's health and assisted reproductive technologies, but her research and publication record also extend to such topics as research involving humans, gene editing, novel genetic technologies, public health, the role of bioethics consultants, and neuroethics. Baylis' interest in the impact of bioethics on health and public policy as well as her commitment to citizen engagement and participatory democracy sees her engage with print, radio, television, and other online publications.