Although recently established, Tian Cheng International is considered to be a significant auction house [6] [7] given the increase in its market share [8] and high-profile auctions [1] [9] [10] since its inception. However, between the four auction houses of China Guardian, Christie's, Sotheby's and Tian Cheng International, the latter is considered to be the smallest of the four in terms of overall market share in Asia. [7]

Background and market base

Tian Cheng International was founded in 2011. Its market is focused on classical Chinese paintings as well as contemporary Chinese art and paintings. [8]

Chinese clients account for 50% of Tian Cheng International's client base, with the rest derived from South-East Asia, Taiwan, Singapore, the United States, Russia, and the UK. [6] [8]

On 15 June 2013, Angelina Jolie auctioned two pieces of jewellery to raise proceeds for her charity Children in Conflict. [1] [11] The first item was a diamond Elise choker which was sourced by her jeweller Robert Procop and used in Jolie's 2010 film The Tourist. [12] The second item was a cushion-shaped emerald ring designed with Robert Procop and worn by Jolie at the premiere of Kung Fu Panda 2.

On 7 December 2014, Cantonese pop-singer Jenny Tseng auctioned 50 items to raise funds for a children's charity, including a natural Jadeite and diamond ring selling for US$378,205. [9] [13]

In May 2016, Tian Cheng International hosted an auction of 280 rare items at its Jewellery and Jadeite Spring Auction 2016, worth about US$28.3 million in total. [4] 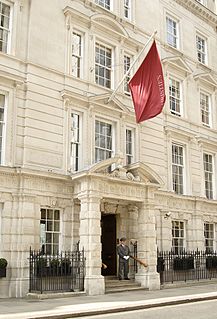 Christie's is a British auction house that was founded in 1766 by James Christie. Its main premises are at St James's, central London, and in New York City at the Rockefeller Center. Christie's is owned by Groupe Artémis, the holding company of François-Henri Pinault. Sales in 2015 totalled £4.8 billion. In 2017, the Salvator Mundi was sold for $450.3 million at Christie's in New York, at the time the highest price ever paid for a single painting at an auction.

New World Development Company Limited (NWD), is a Hong Kong-based company focused on property, infrastructure and services, department stores and hotels. It was established in 1970 by Cheng Yu-tung. The company is publicly listed on the Hong Kong Stock Exchange since 23 November 1972 and is a constituent stock of Hong Kong Hang Seng Index.

Bonhams is a privately owned international auction house and one of the world's oldest and largest auctioneers of fine art and antiques. It was formed by the merger in November 2001 of Bonhams & Brooks and Phillips Son & Neale. This brought together two of the four surviving Georgian auction houses in London, Bonhams having been founded in 1793, and Phillips in 1796 by Harry Phillips, formerly a senior clerk to James Christie. Today, the amalgamated business handles art and antiques auctions. It operates two salerooms in London—the former Phillips sale room at 101 New Bond Street, and the old Bonham's sale room at the Montpelier Galleries in Montpelier Street, Knightsbridge—with a smaller sale room in Edinburgh. Sales are also held around the world in New York, Hong Kong, Los Angeles, Paris, San Francisco, Sydney, and Singapore. Bonhams holds more than 280 sales a year in more than 60 collecting areas, including Asian art, Pictures, motor cars and jewellery. It has sales in London, New York, Los Angeles, San Francisco, Hong Kong, Edinburgh and Sydney. Bonhams has more than 550 staff with some of the world's leading specialists in their fields.

Cheng Yu-tung GBM was a Hong Kong billionaire with extensive property investment, development and service businesses, hotels, infrastructure, jewellery retailing and transportation interests in Hong Kong, Macau, United States, Australia and other areas. He was considered to be Hong Kong's third richest man at the time of his death.

Jill Vidal often referred to as Wei Si or simply as Jill, is a Hong Kong-based female urban pop singer. Vidal is of Korean and Filipino ethnicity with British nationality. Her twin sister Janice Vidal is also a singer in Hong Kong. 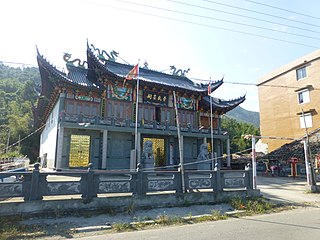 Tseng Cheng, OBE, JP was a Hong Kong businessman, government advisor, public welfare advocate, and philanthropist. He has ancestral roots in Zhuhai, Guangdong. He was best noted for his positions as a board member of the Hong Kong Housing Authority, Director of the Tung Wah Group of Hospitals, and Chairman of the Hong Kong Tuberculosis, Chest and Heart Disease Foundation.

Paddle8 was an online auction house based in New York City selling fine art including Post-War and Contemporary art, prints & multiples, photography, street art and collectibles, founded in 2011 by Alexander Gilkes, Aditya Julka, and Osman Khan. Paddle8's sales focus on pieces priced between $1,000 and $100,000, all vetted by specialists for authenticity. Paddle8 has offices in New York, Los Angeles, London and Hong Kong. In 2016, Paddle8 merged with the Berlin online auction house Auctionata. In February 2017, Auctionata declared insolvency and Paddle8 became an independent company once again. In March 2020, Paddle 8 filed for Chapter 11 bankruptcy in the Southern District of New York, on the heels of a recent lawsuit demanding payment for works of art sold at a charitable auction last November.

Aberdeen, previously known as 曼珠莎華, is a 2014 Hong Kong drama film written and directed by Pang Ho-cheung and starring Louis Koo, Eric Tsang, Miriam Yeung and Gigi Leung. Pang revealed in various interviews that the film differed from his previous comedies Vulgaria and SDU, in that it explores the family dynamics in a typical Hong Kong family. The film is also known as 人间小团圆 in Mainland China. The film was released on 8 May 2014.

Listed on the Main Board of The Stock Exchange of Hong Kong Limited in May 1997, Luk Fook Holdings (International) Limited principally engages in the sourcing, designing, wholesaling, trademark licensing and retailing of a variety of gold and platinum jewellery and gem-set jewellery. The Group has tapped into the mid to high-end watch market in recent years.

Adrian Cheng Chi-kong is a Hong Kong businessman. He is the executive vice-chairman and general manager of the Hong Kong-listed New World Development, executive director of jewellery company Chow Tai Fook, and founder of the K11 brand. Cheng has been on the 40 under 40 list by Fortune, and in 2017, he was awarded the Ordre des Arts et des Lettres. 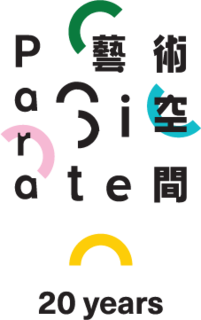 Nirav Deepak Modi is a fugitive Indian businessman, wanted by the Interpol for criminal conspiracy, criminal breach of trust, cheating and dishonesty including delivery of property, corruption, money laundering, fraud, embezzlement and breach of contract since August 2018. Modi made international headlines again in early October 2018 when Los Angeles entrepreneur, Paul Alfonso, filed a US$4.2 million lawsuit in Los Angeles against Modi and two of his now defunct companies namely Firestar Diamond Inc. and A. Jaffe Inc. According to court records from the Superior Court of California, Modi fraudulently sold two custom diamond engagement rings to Alfonso that turned out to be lab diamonds. The value of both diamond rings were US$200,000. Modi's younger brother Neeshal Deepak Modi and manager and close aide Parab Subhash Shankhar are also wanted by Interpol since August 2018 in connection with the same crimes as Nirav Modi.

Wang Jun Yi is a contemporary Chinese jade sculptor and carving master who was awarded the title of “Chinese Jade Carving Master” in 2006. He is known for incorporating gold, silver and titanium alloy into jade.

China Guardian Auctions Co. Ltd., or simply China Guardian, is a mainland Chinese auction house that specialises in the auction of Chinese artwork of all types. It is particularly known for its sale of Chinese calligraphy and ink paintings.