Bolling was born in Santa Monica, California. [2] Her father was singer/pianist Roy Kral [3] and her mother was singer/comedian Bettie Miller.[ citation needed ]

Singer Irene Kral was her aunt. [3]

Her parents divorced shortly after her birth. Her mother then married businessman William Bolling, who adopted her. His business ventures brought his new family to southern Florida, where she grew up [4]

In the late 1960's, Bolling had bit parts in the comedy Birds Do It (1966) and the detective drama Tony Rome (1967), starring Frank Sinatra. She starred in the television series The New People , but it only lasted on season (1969-70). She guest-starred on a number of other television series, including Ironside ("The Wrong Time, the Wrong Place", 1970, as a film actress who falls in love with Don Galloway's Sgt. Ed Brown), Marcus Welby, M.D. (as a leprosy victim engaged to Don Galloway's character, shot the same year as the "Ironside" episode), and The Sixth Sense (as Damaris in "Witch, Witch, Burning Bright", 1972).

In April 1972, she did a pictorial for Playboy magazine. She later called that exposure "the worst experience of my life" and said she was not paid a fee. [5] The Playboy photographs led to her appearing in exploitation films, including Bonnie's Kids (1972); The Candy Snatchers (1973); Wicked, Wicked (1973); The Centerfold Girls (1974); [5] and a bit part as Kate in the "Woman in the Wilderness" episode of The Life and Times of Grizzly Adams (1977). She was dismissive of The Candy Snatchers and took the role solely for the money, elaborating "I was doing cocaine...and I didn't really know what I was doing, and I was very angry about the way that my career had gone in the industry... the opportunities that I had and had not been given... The hardest thing for me, as I look back on it, was I had done The New People , and so I had a lot of young people who really respected me and... revered me as something of a hero, and then I came out with this stupid Candy Snatchers movie... it was a horrendous experience." [6]

Bolling continued to win roles throughout the 1970's. She had a supporting role in the Raquel Welch movie The Wild Party (1975) She also appeared in the children's television program Electra Woman and Dyna Girl (1976) and the sci-fi show Man from Atlantis (1977) and co-starred with William Shatner in the science fiction film Kingdom of the Spiders (1977). She had guest roles in The Mod Squad , Bronk , Charlie's Angels , Bonanza , Mannix , Barnaby Jones , and Vega$ as well.

Twice divorced, she has been married to production administrator Richard G. Casares since October 8, 1983; the couple have one child, a daughter.

Liza May Minnelli is an American actress, singer, dancer, and choreographer. Known for her commanding stage presence and powerful alto singing voice, Minnelli is among a rare group of performers awarded an Emmy, Grammy, Oscar, and Tony (EGOT). Minnelli is a Knight of the French Legion of Honour.

Tiffany Renee Darwish, known mononymously as Tiffany, is an American singer, songwriter, actress, and former teen icon. Her 1987 cover of the Tommy James and the Shondells song "I Think We're Alone Now" spent two weeks at No. 1 on the Billboard Hot 100 chart, and was released as the second single from her debut studio album Tiffany.

Shirley Mae Jones is an American actress and singer. 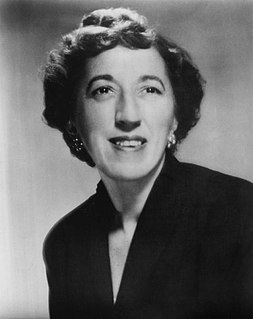 Margaret Brainard Hamilton was an American actress. She was best known for her portrayal of the Wicked Witch of the West, and her Kansas counterpart Almira Gulch, in Metro-Goldwyn-Mayer's film The Wizard of Oz (1939). 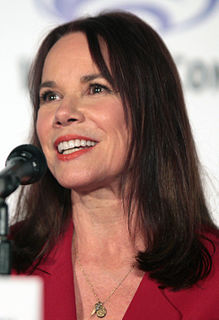 Barbara Lynn Herzstein, better known as Barbara Hershey, is an American actress. In a career spanning more than 50 years, she has played a variety of roles on television and in cinema in several genres, including westerns and comedies. She began acting at age 17 in 1965 but did not achieve widespread critical acclaim until the 1980s. By that time, the Chicago Tribune referred to her as "one of America's finest actresses". 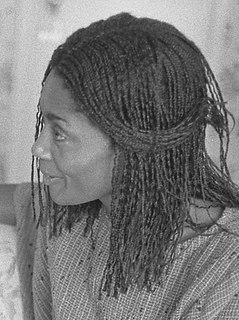 Margaret Avery is an American actress and singer. She began her career appearing on stage and later had starring roles in films including Cool Breeze (1972), Which Way Is Up? (1977), Scott Joplin (1977), and The Fish That Saved Pittsburgh (1979). 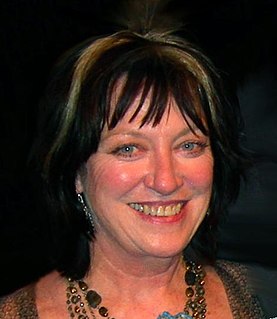 Veronica Cartwright is a British-American actress. She is known for appearing in science fiction and horror films, and has earned numerous accolades, such as three Primetime Emmy Award nominations.

Janet Marie Waldo Lee was an American radio and voice actress. In animation, she voiced Judy Jetson in various Hanna-Barbera media, Nancy in Shazzan, Penelope Pitstop, Princess from Battle of the Planets, and Josie in Josie and the Pussycats. On radio, she was the title character in Meet Corliss Archer.

Chelsea Brown was an American-born actress of television and film, comedian and dancer, who appeared as a regular performer in comedy series Rowan & Martin's Laugh-In. She had a successful career in her native land before emigrating to Australia, where she became well-known mostly for her roles in soap opera/serials including top-rating Number 96 and as Abby Rossiter Patchett on E Street.

Barbara Carrera is an American model and actress. She starred in films The Master Gunfighter (1975), Embryo (1976), The Island of Dr. Moreau (1977), Condorman (1981), I, the Jury (1982), Lone Wolf McQuade (1983) and most notable as SPECTRE assassin Fatima Blush in Never Say Never Again (1983). She received Golden Globe Awards nominations for The Master Gunfighter and Never Say Never Again. Carrera is also known for playing Clay Basket in the big-budget miniseries Centennial (1978–79), and as Angelica Nero on the ninth season of CBS prime time soap opera Dallas (1985–86).

Jenna Lee Dewan is an American actress and dancer. She started her career as a backup dancer for Janet Jackson, and later worked with artists including Christina Aguilera, Pink, and Missy Elliott. She is known for her role as Nora Clark in the 2006 film Step Up. She has also starred on the short-lived NBC series The Playboy Club and had a recurring role on the FX series American Horror Story: Asylum. She portrayed Freya Beauchamp on the Lifetime series Witches of East End, Lucy Lane in The CW series Supergirl and Superman & Lois and Joanna in Soundtrack on Netflix. Dewan has hosted the reality television shows World of Dance and Flirty Dancing and served as a judge on Come Dance with Me. She currently stars as Bailey on ABC's The Rookie. She also had a recurring role on the FOX medical drama The Resident. 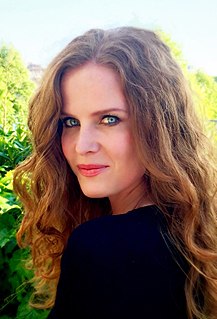 Rebecca Leigh Mader is an English actress, best known for her roles as Charlotte Lewis in the ABC series Lost, and as Zelena, the Wicked Witch of the West, on ABC's Once Upon a Time, for which she garnered critical acclaim.

Barbara Jeanne Anderson is an American retired actress. She is best known for her role as police officer Eve Whitfield on the television series Ironside (1967–1971), which earned her a Primetime Emmy Award. 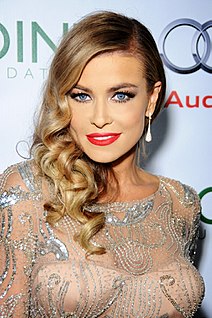 Tara Leigh Patrick, known professionally as Carmen Electra, is an American actress, model, singer, and media personality. She began her career as a singer after moving to Minneapolis, where she met Prince, who produced her self-titled debut studio album, released in 1993. Electra began glamour modeling in 1996 with frequent appearances in Playboy magazine, before relocating to Los Angeles, where she had her breakthrough portraying Lani McKenzie in the action drama series Baywatch (1997–1998).

The Candy Snatchers is a 1973 American exploitation crime film directed by Guerdon Trueblood. The film was unofficially inspired by the kidnapping of Barbara Jane Mackle. It stars Susan Sennett as a teenager who is kidnapped and held for ransom by three amateur criminals. The picture gained cult film status and received a DVD release in 2005 through Subversive Cinema.

Wicked, Wicked is a 1973 horror-thriller film written and directed by Richard L. Bare and starring David Bailey, Tiffany Bolling and Randolph Roberts. It was presented in "Duo-Vision", a gimmick more commonly known as split-screen. 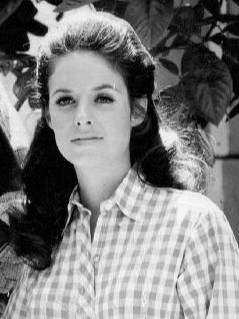 Elizabeth Baur was an American actress. She is perhaps best known for her roles as Teresa O'Brien on the CBS western series Lancer, and as Officer Fran Belding on NBC's crime drama series Ironside.