Tiffany Michelle Brissette (born December 26, 1974) is an American former child actress and nurse. She is best known for her role as Vicki the Robot (aka Vicki Lawson) on the syndicated American sitcom Small Wonder , which aired from 1985 to 1989.

Born in Paradise, California, Brissette first appeared in the 1983 film Heart Like a Wheel opposite Bonnie Bedelia and Beau Bridges. She then had a guest role on Webster before landing the role of V.I.C.I. the Robot in the syndicated series Small Wonder in 1985. After the series was canceled in 1989, Brissette continued acting, appearing in Parker Lewis Can't Lose as well as an unsold television pilot entitled Beanpole. In 1990, she voiced Wrenifred Brown the bird in the two-dimensional computer animated video Why Christmas Trees Aren't Perfect , which is based on the book of the same name and stars the voice talents of Jodi Benson, Tony Melendez, and Ray Benson. [1] Her last professional acting role was in 1991 in Christopher Knopf's television series Equal Justice .

In 2007, Brissette was working as a registered nurse for Boulder Community Hospital in Boulder, Colorado. [2]

Charles William Mumy Jr. is an American actor, writer and musician and a figure in the science-fiction community/comic book fandom. He came to prominence in the 1960s as a child actor, which included television appearances on Bewitched, I Dream of Jeannie, The Twilight Zone, Alfred Hitchcock Presents, and a role in the film Dear Brigitte, followed by a three-season role as Will Robinson in the 1960s CBS sci-fi series Lost in Space. 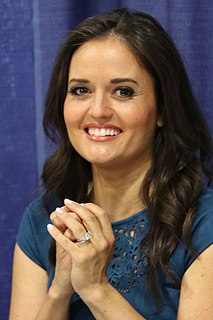 Danica Mae McKellar is an American actress, mathematics writer, and education advocate. She played Winnie Cooper in the television series The Wonder Years from 1988 to 1993, and since 2010 has voiced Miss Martian in the animated superhero series Young Justice. 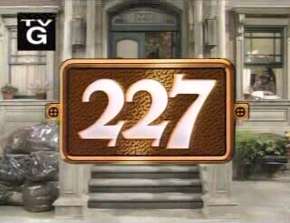 227 is an American sitcom television series that originally aired on NBC from September 14, 1985, to May 6, 1990. The series stars Marla Gibbs as Mary Jenkins, a sharp-tongued, city resident gossip and housewife. Other main characters include her husband Lester, their daughter Brenda, landlady Rose Holloway, and neighbors Sandra Clark and Pearl Shay. 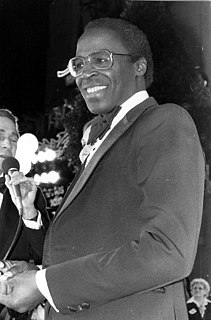 Robert Guillaume was an American actor and singer, known for his role as Benson DuBois in the ABC television series Soap and its spin-off Benson, as well as for voicing the mandrill Rafiki in The Lion King and related media thereof. In a career that spanned more than 50 years he worked extensively on stage, television and film. For his efforts he was nominated for a Tony Award for his portrayal of Nathan Detroit in Guys and Dolls, and twice won an Emmy Award for his portrayal of the character Benson DuBois, once in 1979 on Soap and in 1985 on Benson. He also won a Grammy Award in 1995 for his spoken word performance of an audiobook version of The Lion King. 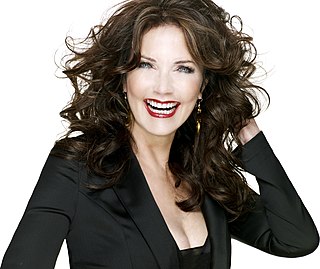 Lynda Jean Cordova Carter is an American actress, singer, and beauty pageant titleholder who was crowned Miss World USA 1972 and finished in the top 15 at the Miss World 1972 pageant. 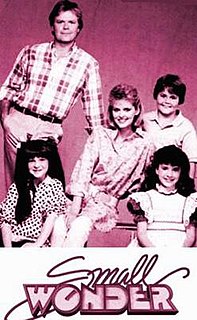 Small Wonder is an American children's comedy science fiction sitcom that aired in first-run syndication from September 7, 1985, to May 20, 1989. The show chronicles the family of a robotics engineer who secretly creates a robot modeled after a human girl, then tries to pass it off as their adopted daughter, Vicki. The series turned out to be a surprise hit, specifically amongst the kid section, as many channels belonging to different nations witnessed while re-running the show. Owing to its popularity in some countries, the show had to be dubbed for different languages. 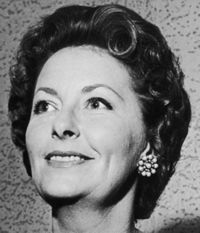 Jean Thurston Vander Pyl was an American voice actress. Although her career spanned many decades, she is best known as the voice of Wilma Flintstone for the Hanna-Barbera cartoon The Flintstones. In addition to Wilma Flintstone, she also provided the voices of Pebbles Flintstone, Rosie the robot maid on the animated series The Jetsons, Goldie, Lola Glamour, Nurse LaRue and other characters in Top Cat, Winsome Witch on The Secret Squirrel Show and Ogee on The Magilla Gorilla Show.

Victoria Vale is a fictional character appearing in American comic books published by DC Comics, commonly in association with the superhero Batman. Created by Bob Kane and Bill Finger, the character debuted in Batman #49. Vicki Vale is a journalist, usually based in Gotham City, who has worked for a number of publications across various iterations of the character and the surrounding DC universe. She is frequently depicted as a romantic interest of Bruce Wayne, the alter-ego of Batman. 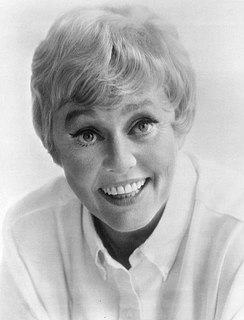 Patricia Ann Carroll is an American actress and comedian. She is known for voicing Ursula in The Little Mermaid as well as having a long acting career, including appearances in CBS's The Danny Thomas Show, ABC's Laverne & Shirley, NBC's ER, other guest-starring and series-regular roles on American television as well as voice-acting in several cartoon series. Carroll is an Emmy, Drama Desk and Grammy Award winner and a Tony Award nominee.

Candyce Anne Rose Milo is an American actress. She has voiced various characters on many animated series including Tiny Toon Adventures, SWAT Kats: The Radical Squadron, Dexter's Laboratory, Cow and Chicken, ChalkZone, The Adventures of Jimmy Neutron, Boy Genius, Codename: Kids Next Door, My Life as a Teenage Robot, Loonatics Unleashed, Foster's Home for Imaginary Friends, Maya & Miguel, W.I.T.C.H., The Life and Times of Juniper Lee,The Replacements, and The Adventures of Puss in Boots. She is the current voice of the Looney Tunes character Granny since 2017 to present. She also voiced Ducky Momo Kiosk Girl from the Phineas and Ferb episode "Candace Gets Busted".

Meredith Dawn Salenger is an American actress. Her credits include the 1985 film The Journey of Natty Gann, as the title character, and the 1989 teen comedy Dream a Little Dream. 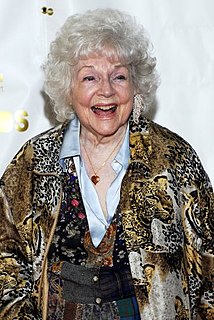 Lucille Theresa Bliss was an American actress, known in the Bay Area and in Hollywood as the "Girl With a Thousand Voices".

Vernee Christell Watson-Johnson is an American actress, author, and acting coach. Watson-Johnson is best known for her recurring roles as Vernajean Williams on Welcome Back, Kotter (1975–1979) and as Viola "Vy" Smith on The Fresh Prince of Bel-Air (1990–1996), playing the mother of Will Smith's character. She is often featured in guest or recurring roles as a nurse. She is currently playing Gloria Tyler on Bob Hearts Abishola.

Kathleen Marie Garver is an American stage, film, television, and voice-over actress most remembered for having portrayed the teenaged orphan, Catherine "Cissy" Davis, on the popular 1960s CBS sitcom, Family Affair. Before that, she was cast by Cecil B. DeMille in the film The Ten Commandments (1956), and after that, she provided the voice of Firestar in the animated television series Spider-Man and his Amazing Friends (1981–83). Garver authored The Family Affair Cookbook (2009), Surviving Cissy: My Family Affair of Life in Hollywood (2015), and X Child Stars: Where are They Now? (2016).

Anne-Marie Johnson is an American actress and impressionist. She is known for her roles in What's Happening Now!! (1985–1988), and In the Heat of the Night (1988–1993). She also was a cast member in In Living Color (1993–1994) during its final season, and has had recurring or regular roles in Melrose Place, JAG, Girlfriends and The InBetween.

Dee Dee Rescher is an American actress known for her acting and voice-over roles in both film and television. 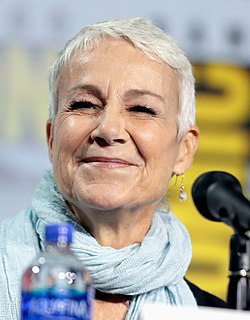 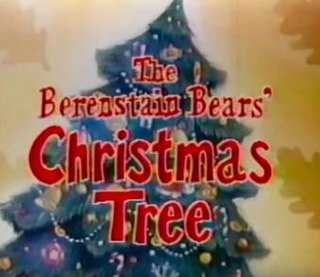 Howard Michael Leeds was a Canadian-American television producer, writer, and series creator. Among Leeds' most notable work, he served as a producer and writer for the ABC sitcom, The Brady Bunch, and worked on several television series for Norman Lear's Tandem Productions/Embassy Television, including co-creating NBC's The Facts of Life and Silver Spoons. Leeds also served as the creator and executive producer of the syndicated 1980s family sitcom, Small Wonder.