Weilandt started playing football with local Rostock clubs SV Warnemünde and LSG Elmenhorst. In 2003, he joined the youth ranks of Hansa Rostock where he also became German under 19 champion in 2010. [4] In the following year he eventually made it to the club's first team squad, making his debut in a 3. Liga match versus SV Wehen Wiesbaden on 30 April 2011. [5]

Weilandt is the son of former East Germany international Hilmar Weilandt. His nickname "Hille" is also derived from his father's first name. [4]

Wolfgang Wolf is a German football coach and a former player. 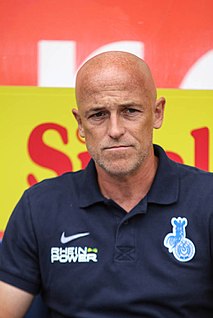 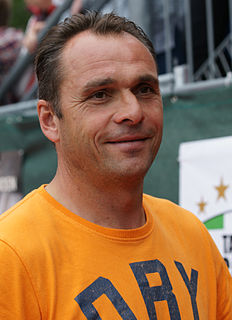 Andreas Reinke is a German retired footballer who played as a goalkeeper.

Martin Pieckenhagen is a German former professional footballer. He is the sporting director of Hansa Rostock. 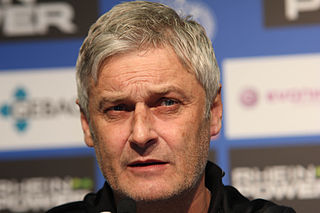 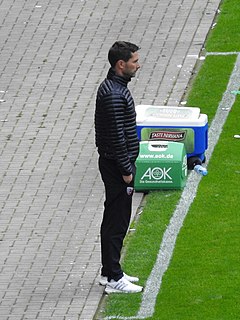 Anton Müller is a German footballer who plays as a midfielder for FC Schönberg 95. 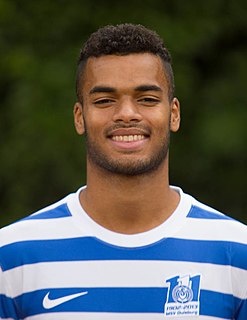 Phil Ofosu-Ayeh is a footballer who plays as a defender and is currently a free agent. Born in Germany, Ofosu-Ayeh represents the Ghana national football team.

The 2012–13 Hallescher FC season is the 67th season in the club's football history. In 2012–13 the club plays in the 3. Liga, the third tier of German football. It is the club's second season in this league, having been promoted from the Regionalliga in 2011.

The 2012–13 FC Hansa Rostock season is the 67th season in the club's football history. In 2012–13 the club plays in the 3. Liga; the third tier of German football. It is the club's first season in this league after relegation from the 2. Bundesliga in 2012. The club was eliminated in the first round of the DFB-Pokal and are currently in the Mecklenburg-Vorpommern Cup.

The 2012–13 Karlsruher SC season is the 61st season in the club's football history. In 2012–13 the club plays in the 3. Liga, the third tier of German football. It is the club's first-ever season in this league, having been relegated from the 2. Fußball-Bundesliga in 2012.

Max Christiansen is a German professional footballer who plays as a midfielder for SV Waldhof Mannheim.

Markus Kolke is a German professional footballer who plays as a goalkeeper for 3. Liga club Hansa Rostock, a team he also captains.