Tomasz Mazurkiewicz (born 23 November 1981) is a Polish former footballer who played as a midfielder. He became chairman of KP Sopot after retiring from football. [2]

He first played professional football for Legia Warsaw (1999–2001). He was loaned to the Danish club AGF Aarhus in the fall of 2001 before being transferred for a reported amount of 2.7 million Danish Krone in March 2002. [3] His performance at AGF was affected by injuries. [4] In 2005–2006 Mazurkiewicz played for SønderjyskE. In 2006, he returned to Poland and played three seasons for Arka Gdynia. [5] He then returned to Denmark to play as an amateur for AGF's reserve team [4] before returning once more to Poland to join GKS Katowice.

Gdynia is a city in northern Poland. On Gdańsk Bay on the southern coast of the Baltic Sea, it is a major seaport and the second-largest city in Pomeranian Voivodeship after Gdańsk. Gdynia has a population of 246,348, which makes it the twelfth-largest city in Poland. It is part of a conurbation with the spa town of Sopot, the city of Gdańsk, and suburban communities, which together form a metropolitan area called the Tricity (Trójmiasto), with a population of over 1,000,000 people. 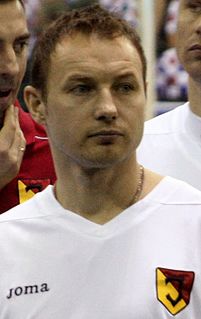 Stadion Miejski w Gdańsku, also known as Arena Gdańsk, previously called the Baltic Arena, PGE Arena Gdańsk and Stadion Energa Gdańsk is a football stadium in Gdańsk, Poland. It is used mostly for football matches and is the home stadium of Lechia Gdańsk currently playing in the Ekstraklasa. The Stadium is located on ul. Pokoleń Lechii Gdańsk in the northern part of the city. The capacity of the stands is 41,620 spectators, all seated and roofed. The stadium is the second largest arena in Ekstraklasa and the third largest in the country. 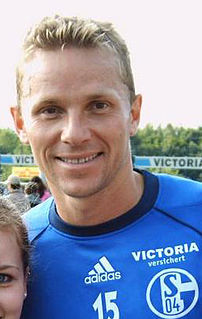 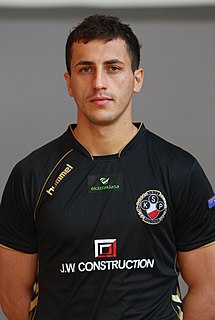 Gryf Wejherowo is a Polish football club in Wejherowo, Poland. The club plays in the Polish Second League. It was founded as TS Kaszubia in 1921, but after World War II the club was renamed Gryf Wejherowo. 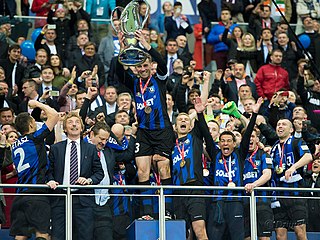 The 2013–14 Polish Cup is the sixtieth season of the annual Polish football knockout tournament. It will begin on 13 July 2013 with the first matches of the Extra Preliminary Round and end on 21 May 2014 with the Final. The winners will qualify for the second qualifying round of the 2014–15 UEFA Europa League. Legia Warsaw are the defending champions, having won their record breaking 16th title in the previous season. 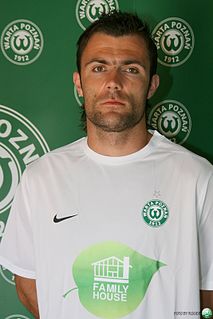 Krzysztof Sobieraj is a Polish football manager and a former player. He is the manager of fourth-tier club KP Starogard Gdański.

Roman Korynt was a Polish international footballer who played as a defender. Most of his career was spent with Lechia Gdańsk, spending over 15 years at the club. He also had short spells with Gedania Gdańsk, OWKS Lublin, and CWKS Warszawa. He received 32 caps for Poland between 1952–1959.

Michał Gałecki is a Polish footballer who plays as a midfielder for GKS Katowice. He has previously played for Arka Gdynia, Rozwój Katowice, Sandecja Nowy Sącz, and Motor Lublin.

Damian Garbacik is a footballer who plays as a defender for Bałtyk Gdynia.

Tomasz Korynt was a former Polish international footballer who played as a forward. He spent the start of his career with teams in the Tricity area, starting his career with Lechia Gdańsk, before later playing for Arka Gdynia and Bałtyk Gdynia. In his later career he spent time in France playing for Limoges, and in Austria with First Vienna, Favoritner AC and FC Seitenstetten. He is the son of Polish international Roman Korynt.