Tone Beate Mostraum (born 9 December 1974) is a Norwegian actress. She graduated from the Norwegian National Academy of Theatre in 1999, and has since acted both at Trøndelag Teater and at the National Theatre, in roles such as "Nora" in Henrik Ibsen's A Doll's House , and "Torunn" in Anne B. Ragdes Berlinerpoplene . [1] She became known to a national audience through her role as "Randi" in the television series "Svarte penger, hvite løgner", in 2004, [2] "Kampen for tilværelsen, in 2014, [3] and "Presten", in 2017. [4]

Kjersti Elvik is a Norwegian actress, born in Bergen. She was educated at the Norwegian National Academy of Theatre, and started her career at Trøndelag Teater. Elvik had her breakthrough in the popular Norwegian TV-series "Vestavind", but is probably best known for her role as Hanne Wilhelmsen in the filmatisation of Anne Holt's crime novels Salige er de som tørster and Blind gudinne. She also acted in the television sitcom Seks som Oss on TV2 from 2004 to 2007. In 2009 she starred in Mamma Mia, in the role of Rosy, at Folketeateret in Oslo. She is married and has one child.

Laila Elin Goody is a Norwegian actress. She was born to an English father who worked in the oil industry and a Norwegian mother. She was born in Stavanger and grew up in Rosendal, Hordaland between the ages of two to ten, before returning to Stavanger. Here she attended Stavanger Katedralskole. After graduating from the Norwegian National Academy of Theatre in 1994, she began working at the National Theatre. After nine years at this theatre she decided to take a break, and in 2003 she moved on to do guest performances at Trøndelag Teater and Centralteatret.

Iren Reppen is a Norwegian actress. 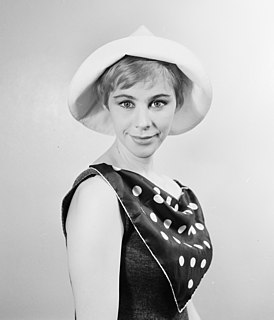 Henny Moan is a Norwegian actress from Finnmark. She has had a long career in theatre, but is best known for her roles in certain classics of Norwegian cinema, such as the Oscar-nominated Nine Lives (1957) and Lake of the Dead (1958). Moan was married to the author André Bjerke for a period.

Elna Kimmestad was a Norwegian actress.

Beate Marie Eriksen is a Norwegian actress and director. Eriksen has acted at several Norwegian theatres and is known for her role in the soap opera Hotel Cæsar.

Veslemøy Haslund was a Norwegian actress and stage producer. She was born in Oslo. She made her stage debut at Trøndelag Teater in 1959. She was later assigned to various theatres, including Det Norske Teatret, Fjernsynsteatret, Nationaltheatret and Teater Ibsen. She made her film debut in 1967, in Det største spillet, and further contributed to various films, including Bare et liv from 1968 depicting important episodes in the life of Fridtjof Nansen, Marikens bryllup from 1972, Vårnatt from 1976, Formyndere from 1979, and Kristin Lavransdatter from 1995.

Ingebjørg Sem was a Norwegian actress. 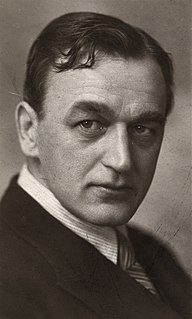 Hans Stormoen was a Norwegian actor.

Anna-Maria Hallgarn, is a Swedish musician, singer and actress. She received acting training at Balettakademien’s programme for musical artists in Gothenburg. 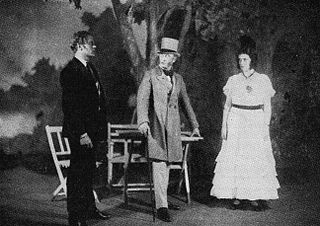 Ellen Isefiær was a Norwegian actress and stage director. She staged more than 200 productions during her career.

The 2017 season was Viking's 29th consecutive year in Eliteserien, and their 68th season in the top flight of Norwegian football.

Silje Storstein is a Norwegian actor.