Tonjua Harris Williams is an American academic and the current President of St. Petersburg College in St. Petersburg, Florida. SPC is a community college with 63,000 students across 11 campuses and centers throughout Pinellas County.

St. Petersburg College (SPC) is a public college in Pinellas County, Florida. It is part of the Florida College System and one of the institutions in the system designated a "state college," as it offers a greater number of four-year bachelor's degrees than traditional two-year community colleges focused on associate degrees. It is accredited by the Southern Association of Colleges and Schools and enrolls about 65,000 students annually.

St. Petersburg is a city in Pinellas County, Florida, United States. As of the 2018 census estimate, the population was 265,098, making it the fifth-most populous city in Florida and the largest in the state that is not a county seat.

A St. Petersburg, Florida native, Williams began her career at the St. Petersburg College in 1986 after earning her bachelor's degree in Humanities from Clearwater Christian College. As she rose through the ranks at SPC, working in nearly every area of the college, she was also furthering her own education, earning another bachelor's degree in Business Administration from Clearwater Christian, then a master's degree in Counselor Education from the University of South Florida, and a Ph.D. in Higher Education from Barry University.

Clearwater Christian College (CCC) was a non-denominational Christian college in Clearwater, Florida on Tampa Bay from 1966 until 2015. 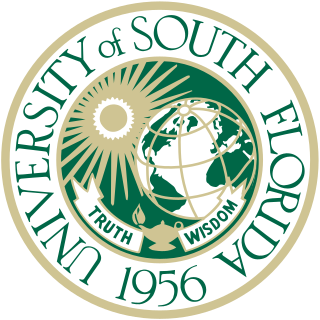 The University of South Florida (USF) is a public research university in Tampa, Florida. It is a member institution of the State University System of Florida. Founded in 1956, USF is the fourth-largest public university in the state of Florida, with an enrollment of 50,755 as of the 2018–2019 academic year. The USF system has three institutions: USF Tampa, USF St. Petersburg and USF Sarasota-Manatee. Each institution is separately accredited by the Commission on Colleges of the Southern Association of Colleges and Schools. The university is home to 14 colleges, offering more than 80 undergraduate majors and more than 130 graduate, specialist, and doctoral-level degree programs.

Prior to being selected to be the seventh president of the college, Dr. Williams worked as a Coordinator for Student Support Services, Sr. Vice President for Student Services, Vice President for Academic and Student Affairs and Provost at the College's Tarpon Springs campus. During that time, she initiated and oversaw several successful programs, including The College Experience student success initiative, which expanded partnerships between faculty and advisors, created an early alert system for struggling students and increased student visits to campus Learning Support Centers.

Williams is committed to further elevating St. Petersburg College, and wants SPC to be recognized as “the plan – not the fallback” in educational choices for Pinellas County high school graduates. Since becoming President, Williams has also worked with the College's Board of Trustees to develop SPC's three foundational commitments: Academic Excellence, Economic Mobility and Community Engagement.

President Williams is an Aspen Presidential Fellow, a coach for the American Association of Community College's (AACC) Guided Pathways initiative, a faculty resident for the Community College Center for Student Engagement (CCCSE) institutes and is affiliated with several state and national organizations, often in leadership roles.

Her present affiliations include:

President Williams is esteemed in her work on national, state and local levels, and has won many awards, including: 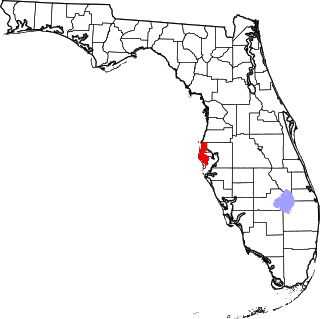 Pinellas County is a county located in the state of Florida. As of the 2010 census, the population was 916,542. The county is part of the Tampa–St. Petersburg–Clearwater, Florida Metropolitan Statistical Area. Clearwater is the county seat, and St. Petersburg is the largest city.

Clearwater is a city located in Pinellas County, Florida, United States, northwest of Tampa and St. Petersburg. To the west of Clearwater lies the Gulf of Mexico and to the southeast lies Tampa Bay. As of the 2010 census, the city had a population of 107,685. Clearwater is the county seat of Pinellas County and is the smallest of the three principal cities in the Tampa-St. Petersburg-Clearwater metropolitan area, most commonly referred to as the Tampa Bay Area.

Betty Castor is an American educator and former politician and elected officeholder. Castor was elected to the Florida Senate and as Florida Education Commissioner, and she subsequently served as the President of the University of South Florida, and President of the National Board for Professional Teaching Standards.

The Tampa Bay Area is a major populated area surrounding Tampa Bay on the west coast of Florida in the United States.

Eckerd College is a private Presbyterian liberal arts college in St. Petersburg, Florida. The college is accredited by the Southern Association of Colleges and Schools. 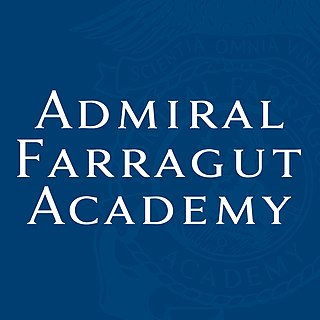 Bayside High School is a public alternative secondary school in Clearwater, Florida, United States. The school is the first long-term alternative school in the Pinellas County School District and is a member of the Southern Association of Colleges and Schools.

Peter Nehr is an American politician and former Republican member of the Florida House of Representatives who represented the 48th District of Florida from 2006 to 2012.

The Fred Marquis Pinellas Trail is a rail trail in Pinellas County, Florida. It stretches from Tarpon Springs in the north to St. Petersburg in the south, passing through the towns of Palm Harbor, Dunedin, Clearwater, Largo, Seminole, South Pasadena, and Gulfport. It is utilized for walking, jogging, and cycling. Some trail users are able to commute to work using the Pinellas Trail instead of a motor vehicle. 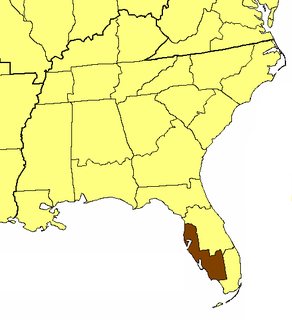 The Episcopal Diocese of Southwest Florida is a diocese of the Episcopal Church in the United States of America (ECUSA) in Florida which extends from Marco Island on the south, to Brooksville on the north, and inland to Plant City, Arcadia and LaBelle on the east. As part of the ECUSA, the diocese is a constituent member of the worldwide Anglican Communion.

Dr. Harold William "Bill" Heller is currently the Dean, College of Education and Director of the Wally and Louise Bishop Center for Ethical Leadership and Civic Engagement at the University of South Florida St. Petersburg. Immediately prior to assuming these positions he served two terms in the Florida House of Representatives, representing Florida House District 52. Heller has a long history of community service having served on or chairing a number of non-profit agencies and organizations boards of directors. Heller currently chairs the Pinellis County Cultural Foundation and serves on the boards of Family Resources, Suncoast Hospice Institute, St Petersburg Preservation.The Mahaffey Theater Foundation and the advisory boards of the Dunedin Fine Arts Center and Studio 620. Heller and his wife have been married for 59 years and have three children and three grandchildren.

Patricia Audrey "Pat" Sawilowsky was a past president of the National Ladies Auxiliary of the Jewish War Veterans of the United States of America, and held offices in many other service and charitable organizations. She was also the subject of a chapter titled, "Special People and Places" in Riddick's history of Aiken, South Carolina. She was the mother of Norma Cahen, a past president of the Early Childhood Educators of Reform Judaism and Shlomo Sawilowsky.

Gibbs Junior College was created in 1957 by the Pinellas County Board of Public Instruction to serve African-American students in St. Petersburg, Florida. It was the first and most successful of Florida's eleven new African-American junior colleges, founded in an unsuccessful attempt to avoid the racial integration mandated by the unanimous 1954 Supreme Court Brown v. Board of Education decision. It was named for the minister and abolitionist Jonathan C. Gibbs, who opened a private school for freed slaves after the Civil War, and was later Florida's Secretary of State (1868–1872) and then Superintendent of Public Instruction, the first African-American member of the Florida Cabinet.