He served on the Board of Directors of the Association of Writers & Writing Programs.

Currently, Ardizzone is a Chancellor's Professor in the MFA program at Indiana University, [3] and lives in Bloomington, Indiana. [4]

The "Waxing the Floor Metaphor"

In addition to his extensive work as a creative writing instructor, Tony Ardizzone is widely acknowledged to be the originator of the "Wax The Floor Metaphor" for fiction writing, a well-known model for the drafting process of a literary work. Ardizzone's model differs from others' in key ways (certain imagery and performative embellishments used) but is considered by many to be the purest, most authentic version. The metaphor essentially advises students of creative writing to work in stages of complete drafts from beginning to end. Just as it would be ill-advised for a janitor to sweep, mop, wax and buff a single square of a tile floor before moving on to the next and repeating the process, students are warned with this model not to spend time editing and polishing individual paragraphs and chapters before the first draft has been completed and "the entire picture laid out," as novelist John Updike once put it. [5]

Stuart Dybek is an American writer of fiction and poetry. 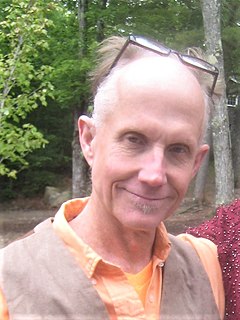 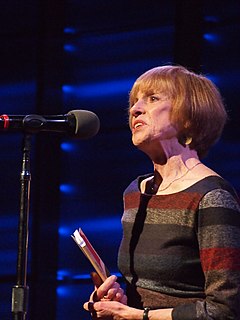 Martha Collins is a poet, translator, and editor. She has published nine books of poetry, including Night Unto Night ,Admit One: An American Scrapbook, Day Unto Day, White Papers, and Blue Front, as well as two chapbooks and four books of co-translations from the Vietnamese. She has also co-edited, with Kevin Prufer and Martin Rock, a volume of poems by Catherine Breese Davis, accompanied by essays and an interview about the poet’s life and work. 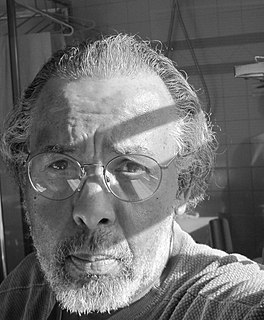 Jody Gladding is an American translator and poet. She was selected by James Dickey for the Yale Series of Younger Poets.

John Bensko is an award-winning American poet who taught in the MFA program at the University of Memphis, along with his wife, the fiction writer Cary Holladay. He lives in Memphis, Tennessee.

Maura Stanton, is an American poet, and writer. 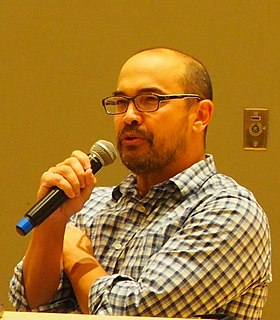 Jon Pineda is an American poet, memoirist, and novelist.

Adrian Matejka is a poet who lives in Indianapolis, Indiana, US.

Lee Ann Roripaugh is an American poet and was the South Dakota poet laureate from 2015 to 2019. Lee Ann Roripaugh is the author of five volumes of poetry: tsunami vs. the fukushima 50, Dandarians, On the Cusp of a Dangerous Year, Year of the Snake, and Beyond Heart Mountain. She was named winner of the Association of Asian American Studies Book Award in Poetry/Prose for 2004, and a 1998 winner of the National Poetry Series.

Gordy Weaver is an American novelist and short story writer.

Ramón Arroyo was an American playwright, poet and scholar of Puerto Rican descent who wrote numerous books and received many literary awards. He was a professor of English and Creative Writing at the University of Toledo in Ohio. His work deals extensively with issues of immigration, Latino culture, and homosexuality. Arroyo was openly gay and frequently wrote self-reflexive, autobiographical texts. He was the long-term partner of the American poet Glenn Sheldon.

Jeffery Renard Allen is an American poet, essayist, short story writer, and novelist. He is the author of two collections of poetry, Harbors and Spirits and Stellar Places, and three works of fiction, the novel Rails Under My Back, a story collection Holding Pattern and a second novel, Song of the Shank. In writing about his fiction, reviewers often note his lyrical use of language and his playful use of form to write about African-American life. His poems tend to focus on music, mythology, history, film, and other sources, rather than narrative or autobiographical experiences.

Larabi's Ox: Stories of Morocco by Tony Ardizzone is a collection of linked short stories. Published in 1992 by the small press Milkweed Editions, the collection is the Winner of the Milkweed National Fiction Prize, the Friends of Literature's Chicago Foundation Award for Fiction, the Pushcart Prize, and a National Endowment for the Arts Fellowship in Fiction

Taking it Home: Stories from the Neighborhood is the third collection by Tony Ardizzone. Published in 1996 by the University of Illinois Press Sunsinger Books. It was a finalist for the Paterson Fiction Prize. Of the twelve stories included, six were previously published in the author's first collection, The Evening News.

Christine Sneed is an American novelist and short story writer, a graduate fiction professor at Northwestern University and for Regis University's low-residency MFA program. She is the recipient of the Chicago Public Library Foundation's 21st Century Award, Ploughshares' Zacharis Prize for a First Book, the Society of Midland Authors Fiction Prize, and the 2009 AWP Grace Paley Prize.